The concept appears to be modelled on sites like "Oh My Oppa", where people rent a Korean guy to serve as a tour guide.

Here's how Maybe describes itself. 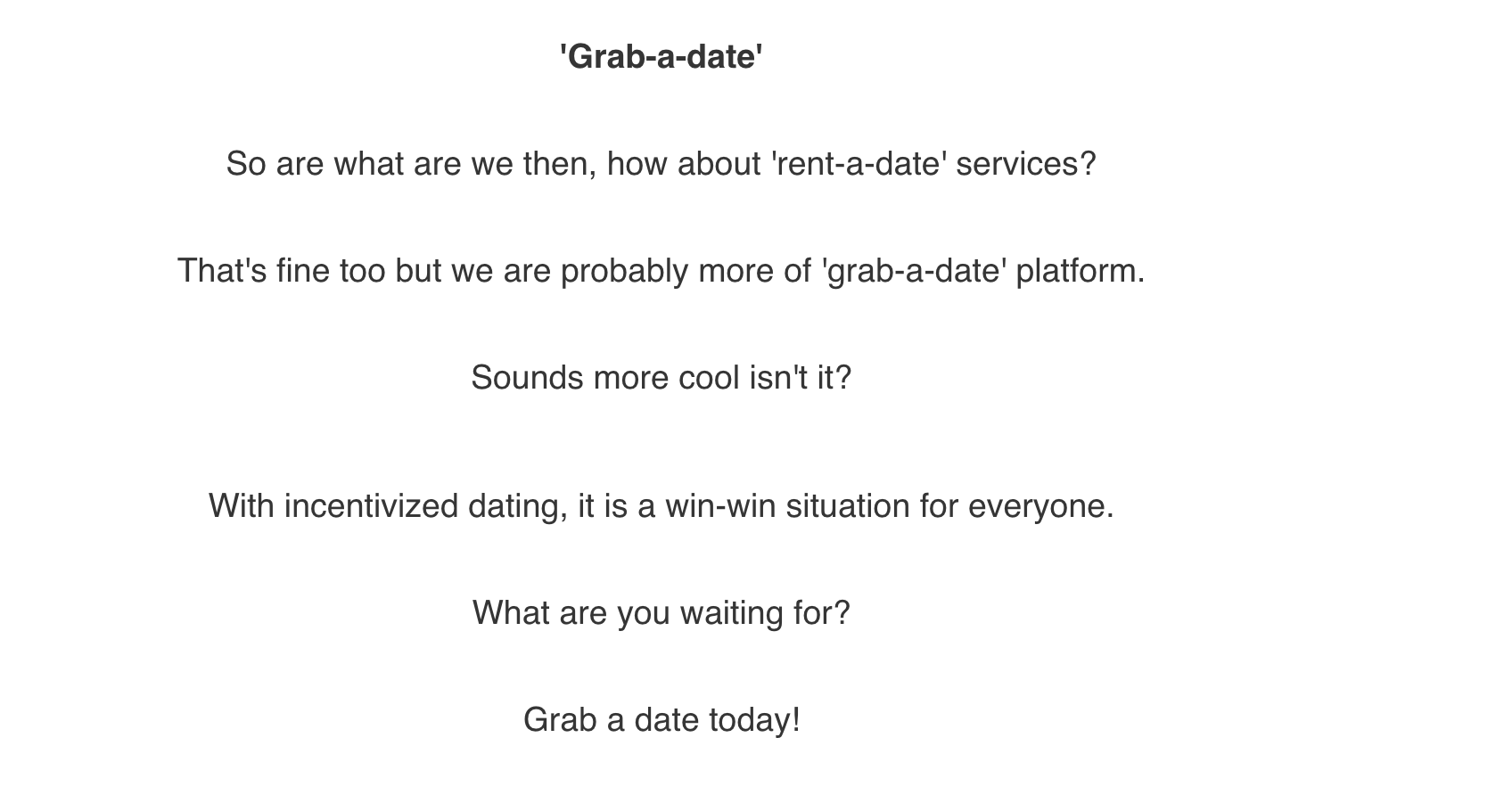 Maybe already has a rolodex of talents from you to choose from.

The prices listed are usually for a span of two hours.

Their profile pages contain information like preferences, short little descriptions, availability, and even their height and estimated age range. 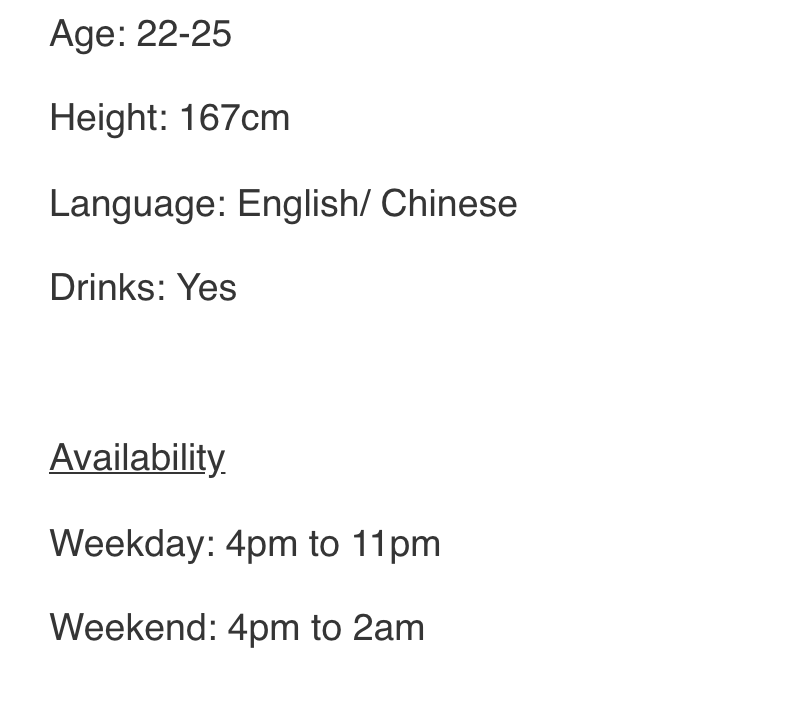 There are some parameters in place to hopefully ensure the safety of these incentivised dates.

The site itself appears to market themselves as more of a friend-centric operation, rather than a dating app.

Here are some of the ways they describe potential activities. Maybe tries to frame these interactions as not-that-sleazy by implementing some real strict codes of conduct.

Perhaps keeping in tune with the idea that it caters to friends as well, groups can "grab a date" also.

The person who booked the date will also have to pay for the date itself.

Now there are a few questions that come to mind.

Not an escort service

Which according to some, tends to have more censorship in terms of their faces, and more risqué shots.

A source informed Mothership of the rates someone was offered to get on the platform.

The pay is per-hour and according to the source, she was offered about S$40-100 an hour.

There currently appears to be 28 personnel on the site -- 24 women and four men.

Here are some influencers endorsing it.

@maybe.sg is a ‘grab-a-date’ platform where you can know someone new easily! Wish to meet someone new over dinner? Grab a buddy for coffee? Or get a new friend to hangout with you? Simply choose who you wish to meet on @maybe.sg and you are all set for your guaranteed date🤗

MAYBE is a “Grab-a-date” platform in Singapore where you can get to know someone new almost instantly! Say CIAO to tedious swiping👋🏻⁣ ⁣ 3 Pairs of Golden Village tickets are up for grabs! Stand a chance to WIN with these simple steps: ⁣ ⁣ 🍭Follow @maybe.sg⁣ 🍭Like this post⁣ 🍭Tag a friend below! ⁣ (contest ends 24th May)

Here are some of the customers, according to the site's Instagram stories. The comment section is pretty sparse though, which is not too much of a surprise.

Paying for a date doesn't appear to be information that most people will voluntarily give up in the comment section.

It remains to be seen whether something like this can take off in Singapore.