Esther Low is a Singaporean actress.

You might know her for her role as The Blue Princess in Netflix's Marco Polo.

Recently, Low has also been making waves on Twitter for a series of tweets highlighting the racism that is "so deeply ingrained" in everyday life.

Some Singaporeans can be very racist and I think we should talk about it. Because having/continuing objective discussions about this can potentially change the lives of victims of racism in Singapore. Let's start/keep the ball rolling.

Recounting her own observations of racism in Singapore, Low hopes that the conversation will potentially change the lives of those who have been victims of racism. 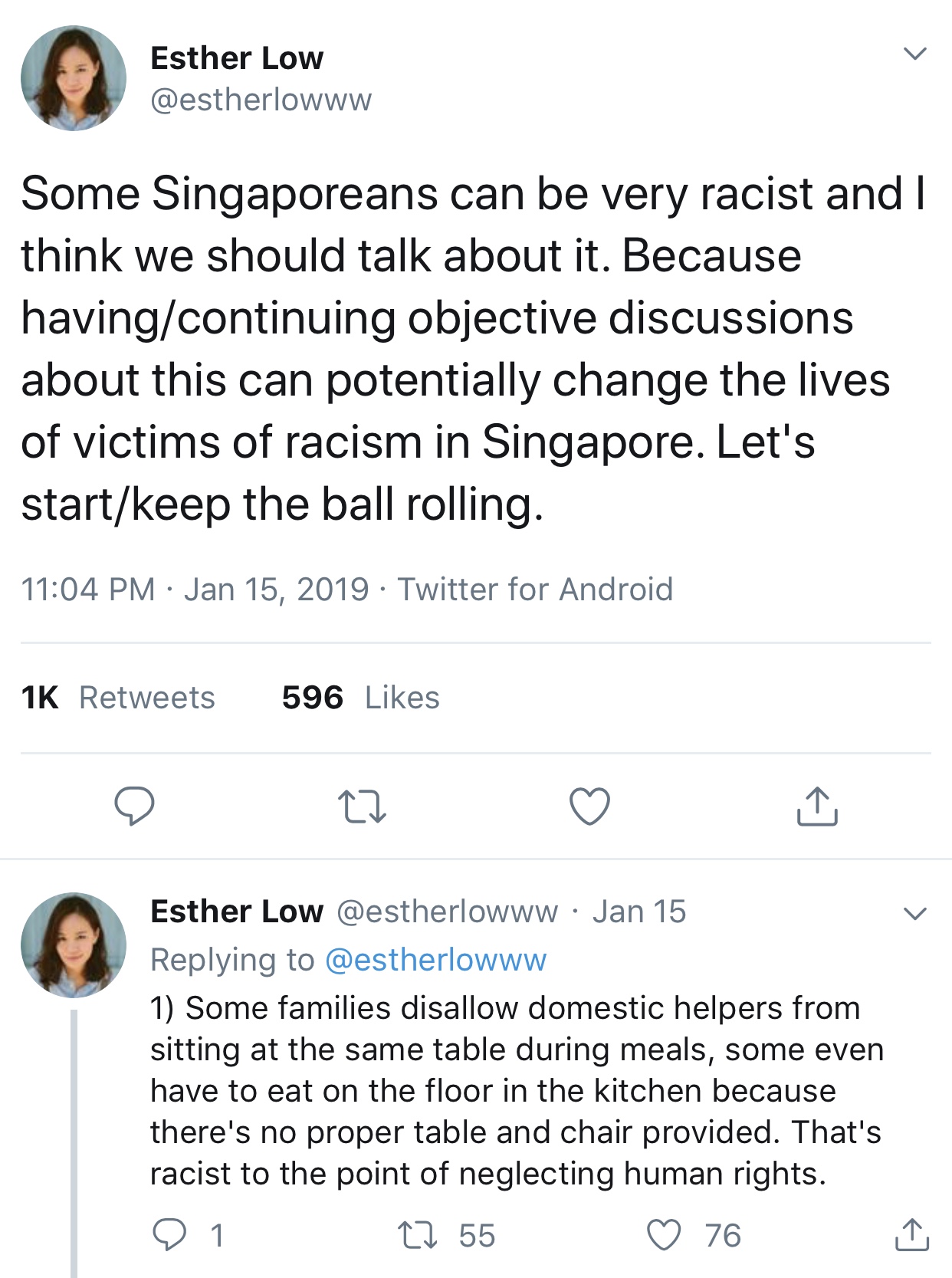 She touches on the lives of domestic helpers, migrant workers, and more -- people who are typically sidelined in our society.

Once, Low was asked if she would be "okay" to kiss an Indian male actor during casting.

In response to that, the actress wrote:

"That comes from a racist place, because why should I not be okay to kiss an Indian guy??" Minorities also have a harder time searching for an apartment to rent: At the end of her tweet, Low argues that these are important issues that are worth talking about.

As it is, a Twitter user responded to the thread with another insidious example of racism that occurs frequently:

??
Property hunting can be a chore, but we made it into a game. Sort of.

?
Find out which decade you should be born in.