An anti-Pink Dot group on Facebook has discussed the possibility of reporting to the police an advertisement put up on an escalator in a shopping centre in Orchard.

This is the post put up on the We Are Against Pink Dot page:

The anti-Pink Dot group's rationale is that the display of Pink Dot advertising is tantamount to rallying the young to take part in a demonstration.

Moreover, there was a previous occasion in 2015 when a 15-second Pink Dot promotional advertisement was banned from being screened in cinemas:

The initial flurry of comments showed the righteous indignation of the group's members as they sought to establish the exact location of the mall: 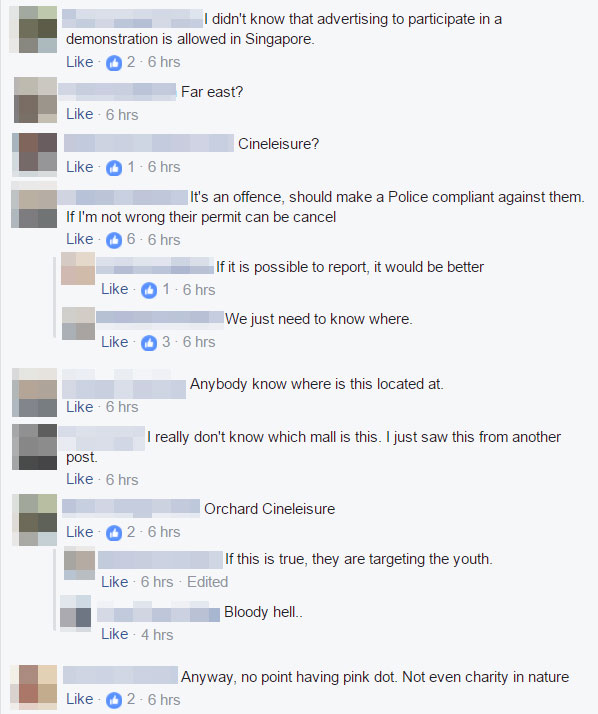 After establishing the mall is Cineleisure, a call was made to the police, who promptly informed one of the group's members that advertising by Pink Dot is allowed in private property, contrary to their beliefs: So the next best action, according to the group's members, is to boycott Cineleisure:

However, no mention was made on WAAPD group that they were going to boycott the biggest social network in the world.

Where can a regular twenty-something realistically travel to with the KrisFlyer UOB account?

If you use water condensation from your drink to clean your fingers, you are not alone