Almost all traces of Kim Lim's husband, Leslie Leow, have disappeared from her Instagram feed.

The two, who got married about three months ago, are also currently not following each other on Instagram.

It is not clear what has transpired between them, as neither Lim nor Leow have given any indication on their social media platforms.

Leow is reported to be a 33-year-old IT entrepreneur and a long-time friend of Lim before they got together.

Mothership has reached out to Lim's team for comment, and will update this article when they reply.

The duo's relationship turned high profile in late September last year, when they got engaged.

The event was quickly followed by a blip when Lim archived their proposal post, leading to speculation about their status.

Lim later unarchived the post and assured followers that they were ok, reiterating that the relationship is for life.

The billionaire heiress also revealed that they had a huge fight, and partly attributed it to her "reacting rashly to situations at times."

The incident was then smoothed over by mushy dedications and extensive travelogues, as well as an extravagant Guo Da Li (bethrothal ceremony) that amounted to S$2 million.

A post from the occasion is still preserved on the feed, although its comments section has been limited. Similarly, a Valentine's Day-related post, with its caption referencing what is likely Leow's initials, remains. 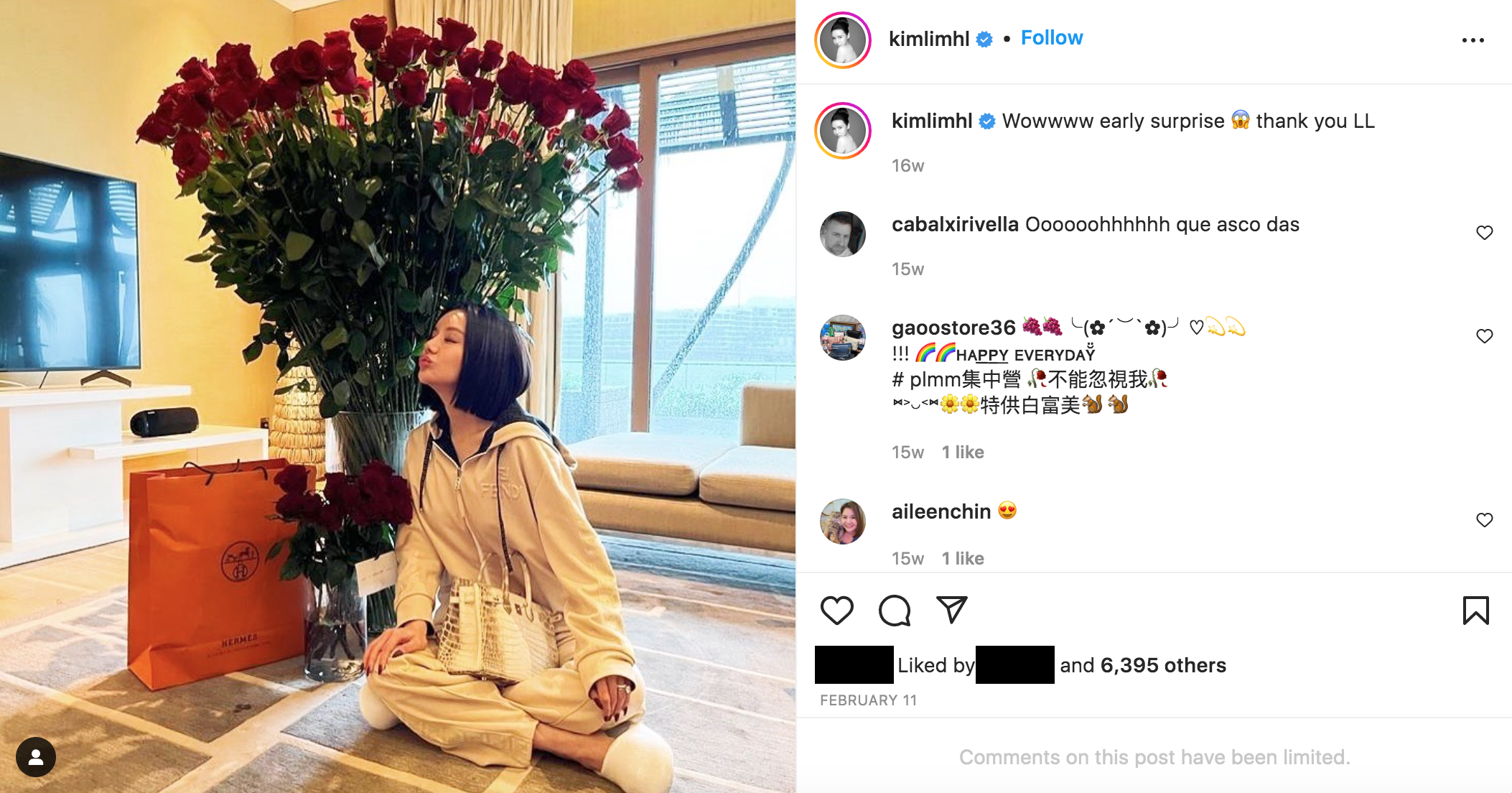 The beauty entrepreneur also recently expanded her aesthetic services to Katong, and is looking to expand her brand overseas, she told L'Officiel Singapore.