Builders at Sims is a café at Sims Place near Geylang, a heartland spot between kopitiams and mama shops offering French-inspired dishes like sous vide beef cheek stew and crab pasta.

We strive to make sure that our customers will walk away with a satisfied tummy 😏 #Repost @larvitar with @repostapp. ・・・ Ratatouille from Builders at Sims - tagliatelle pasta, eggplant, zucchini, squash, mushrooms, cherry tomatoes, kombu butter. The cheesetastic and pilates-firm pasta stewed together with the chunky vegetables in the earthy broth, the pair blissfully in the indulgently languorous state of lovey vacationers in a Pan Pacific Hotel suite bathtub. 3.7/5

It's a fairly new eatery, opened by former Tiong Bahru Bakery chef Joey Lim in May 2016, but it has already managed to rack up an impressive number of positive reviews, both on Burpple and its own Facebook page.

However, a one-star review appeared on their Facebook page on Dec. 19.

Lim also explains that as the cafe has limited space with just 28 seats, it's vital that they maximise their revenue during the 11:30 am to 2 pm "peak period" for the lunch crowd. Hence the reason for the minimum order policy. 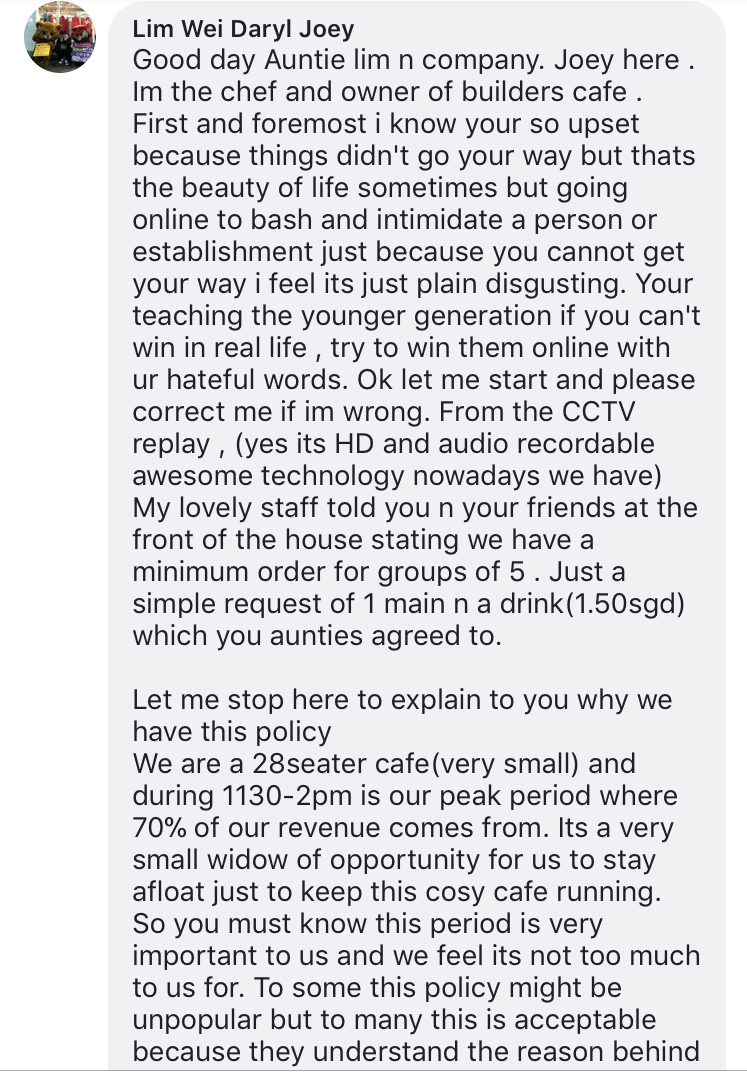 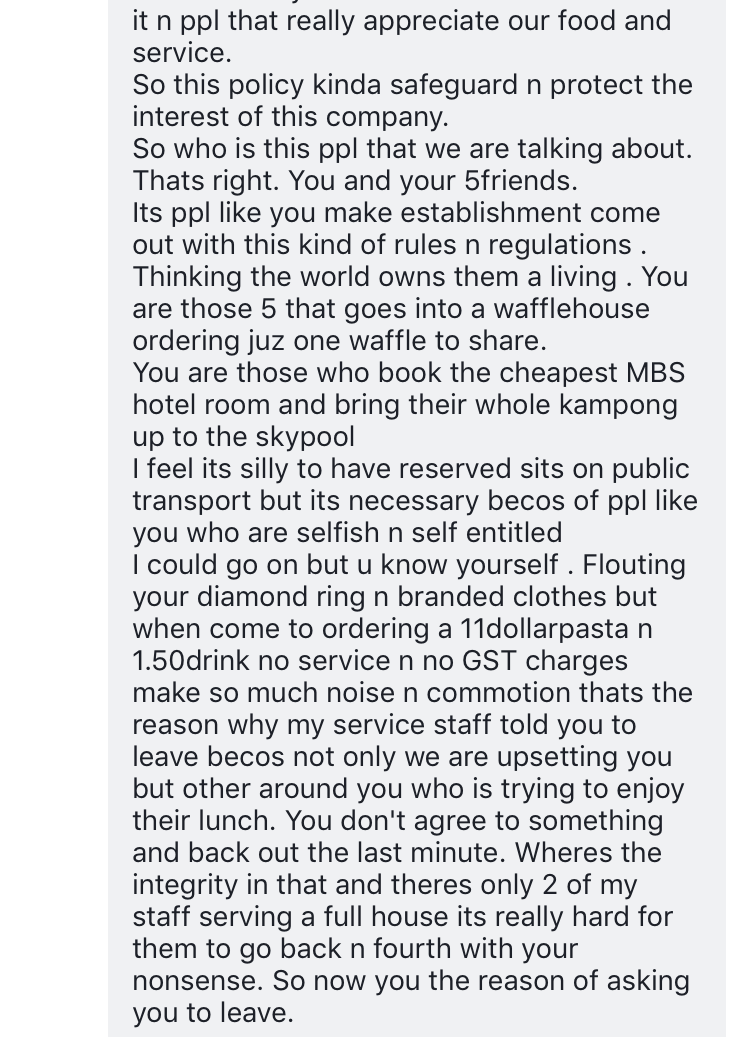 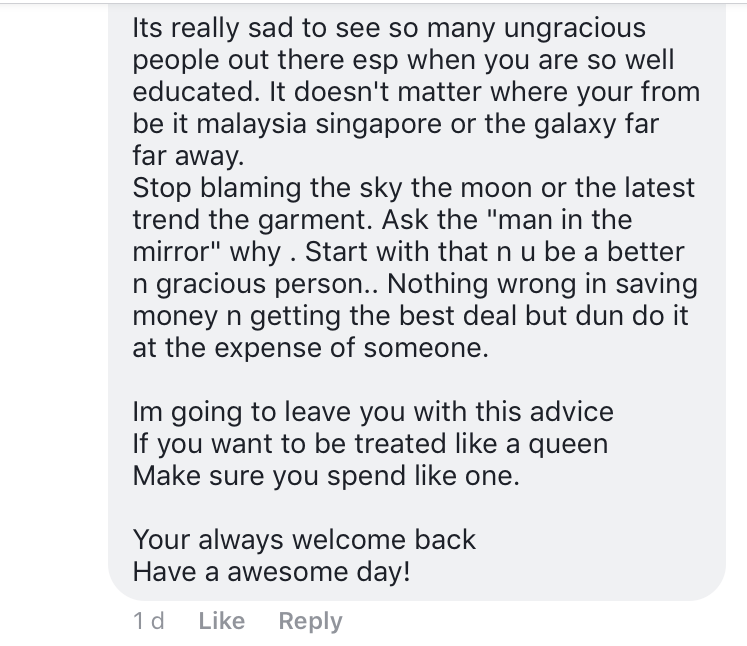 A back-and-forth between the Lims followed, with other kaypoh kias joining in too: 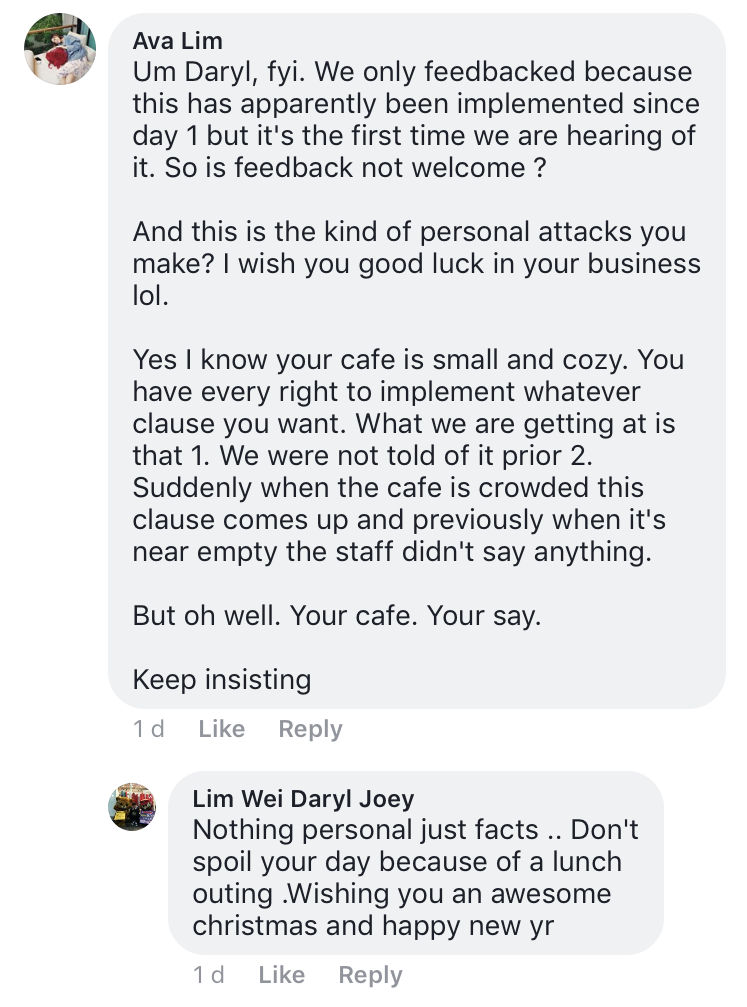 While others decided to step in to mediate the discussion — first he told off the complainant: Then he turned on the chef-owner: 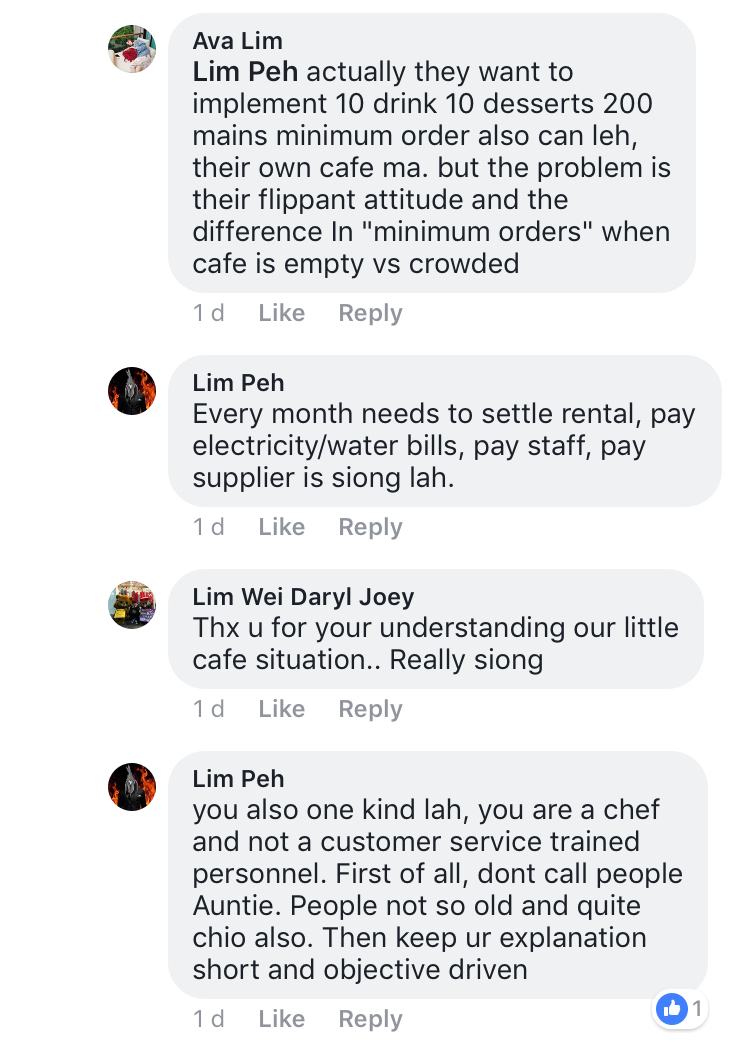 Even giving him some advice: 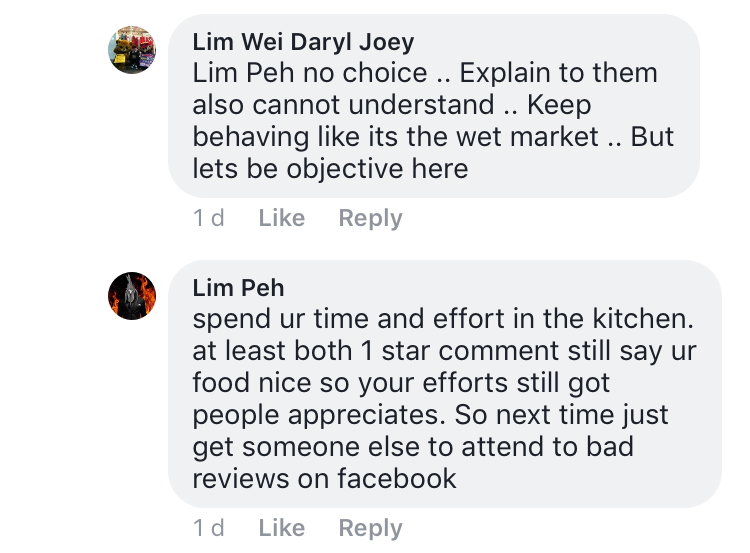 But at the end of the day, we suspect it ended on a positive note: 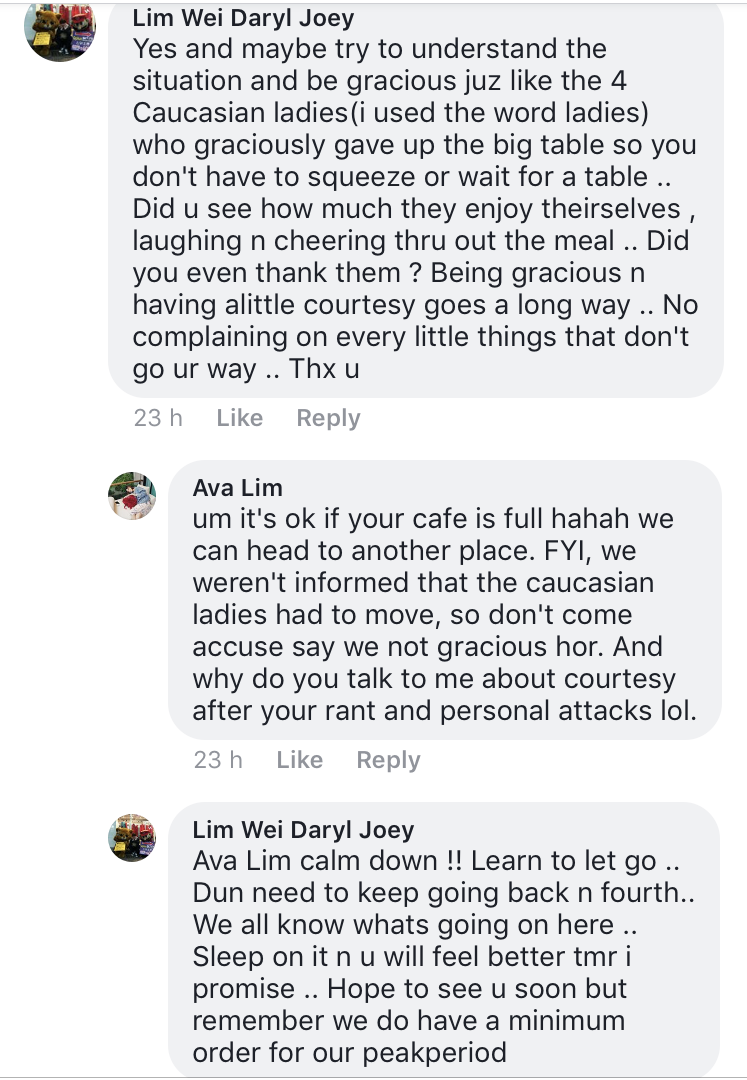 Vigorous debate on that post aside, Builders at Sims has an overwhelmingly higher proportion of positive reviews on its Facebook page, with 127 five- and four-star reviews, as compared to just six two-star and one-star reviews.

And of the five one-star reviews that exist on the page3, two were posted on the same day, Dec. 19, while another one was posted on Dec. 20.

The other two one-star reviews were posted in August and December 2016.

The Aug. 2016 review had no words at all, but Builders at Sims still responded politely: The Dec. 2016 review also happened to be about the same minimum order policy that vexed Ava Lim.

But Lim's response then was shorter and more succinct: 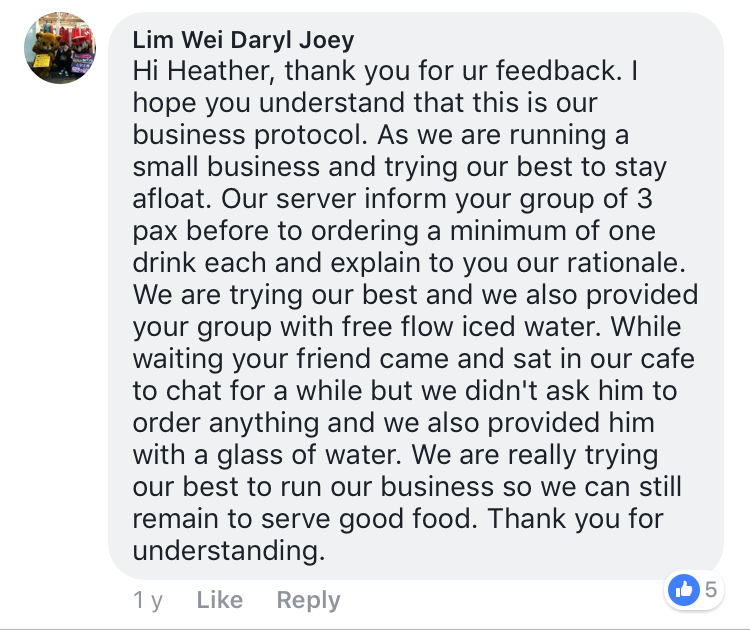 The struggle restaurateurs and café owners face in juggling good service and business concerns and constraints is an ongoing one, and while some bite the bullet, others take the effort to stand up for themselves — with varying results.

But on the whole, let's try to be nice and understanding customers and gracious business owners as far as we can; it makes the world a better place.

Top image via kel_vinyu and Builders at Sims' Instagram pages.