There’s something romantic about taking photographs with a film camera. You live with what you receive. There are no on-the-fly filter adjustments, no previewing of photographs, no spamming of shots just for the ‘perfect’ shot, and there’s always an element of surprise when collecting the prints at the shop.

My mom has always been a photo person. One of my strongest memories from childhood is of her holding up a film camera to her face, and pointing it at anything that caught her eye.

I remember how she would use it to take photos of everything -- from our house, to our faces, and even to random trees on the road (seriously, what is up with older people and plants?).

So one weekend, I decided to take my mom out on a photo-taking trip. But instead of letting her use her usual smartphone, I got her a disposable camera.

Initially, it made my mom a little uncomfortable that she couldn’t “preview” the photos after taking them. But then I reminded her that this was how she did it in the past, that she once lived in a world where previews did not exist.

She laughed and agreed to try it out for fun.

So off we went on our semi-touristy trip together, through the lens of a $25.90 disposable camera.

Immediately after handing the camera over, I suggested that she take a selfie with it. And she did.

It didn’t turn out well though. Here’s another failed shot she took of my dad driving: 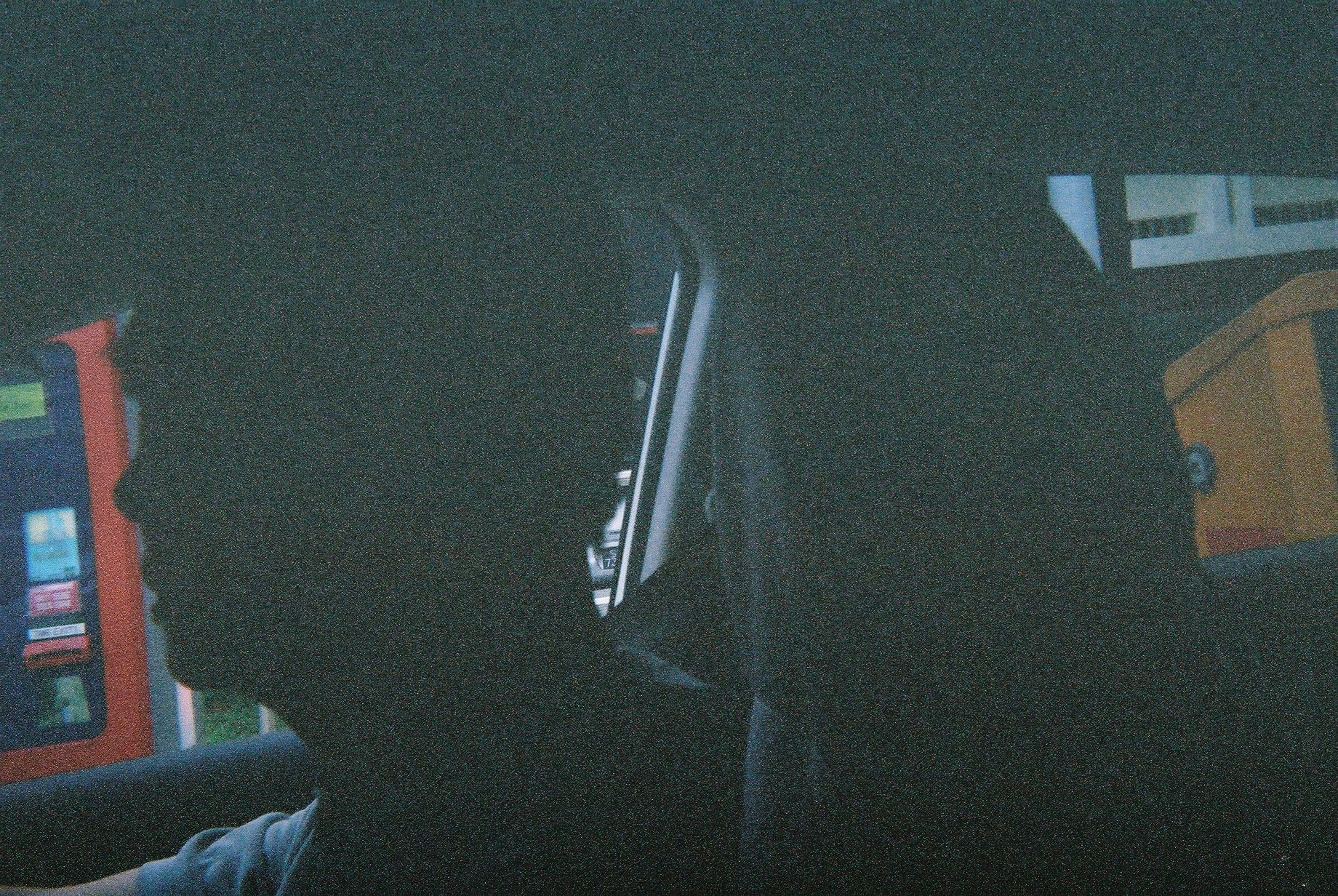 Our breakfast that day: 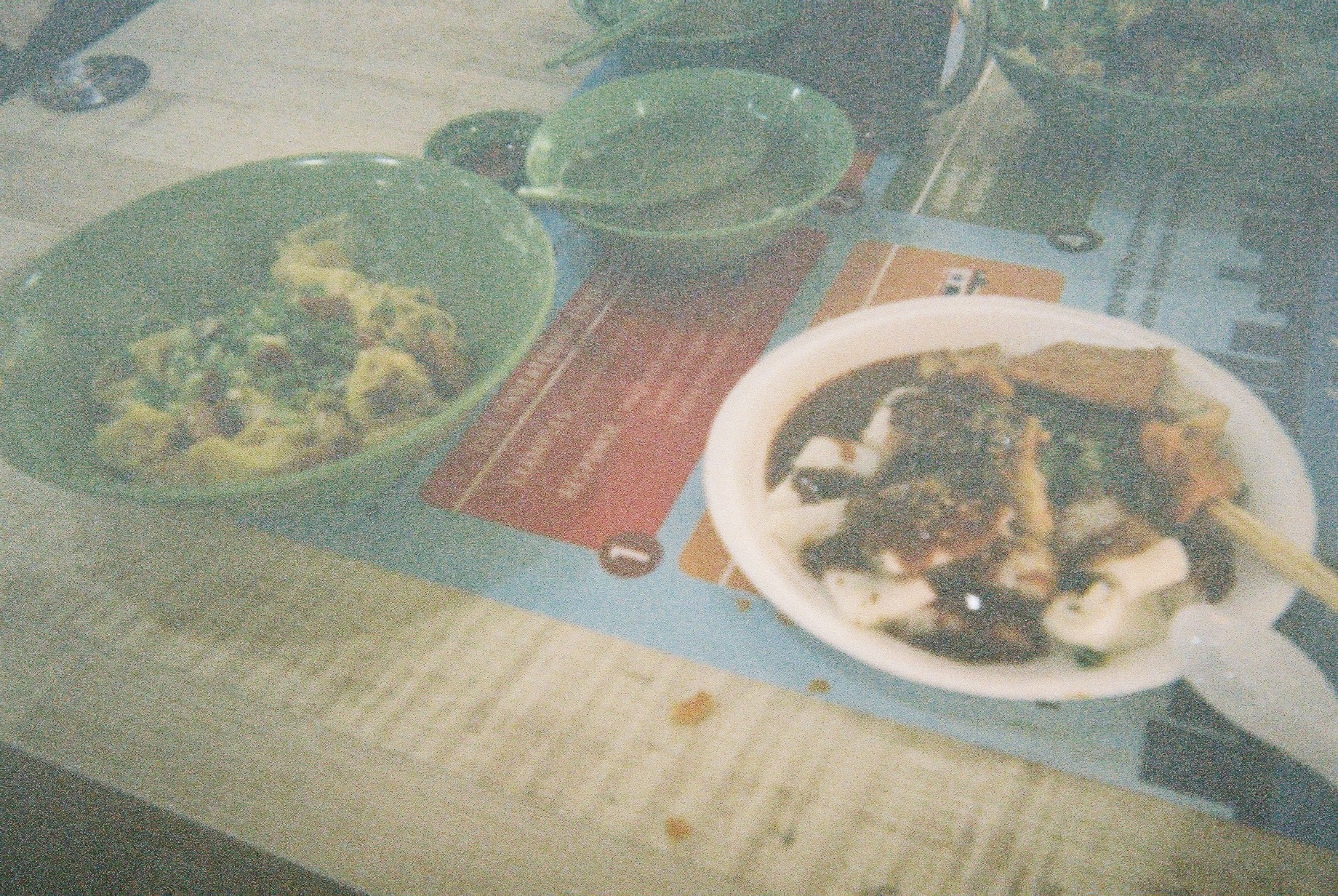 “Don’t eat so much oily things in the morning. The wanton mee is so oily, tsk.”

She then proceeded to eat her sweet sauce-laden chee cheong fun.

Writer’s note: The first three shots were taken before my mom realised there was a flash function she could use.

Here’s some quick facts about my mom: Hates crowds, loves free stuff and artsy stuff. Even better if it’s free and artsy.

Since Esplanade has a whole load of free workshops and performances, I decided to bring her there. Before heading down, I checked the Esplanade calendar on the events that were happening that day (December 16), and boy, were there many things. I was set.

An arts and crafts event inside Esplanade: “Look at them! So cute. Are they folding paper cranes? Remember how you also used to do such things with me? Now you’re not interested anymore. Haiyer.”

Writer’s note: I never knew my mum would still want to do such things with a grown-up me too. I did a quick check on similar craft activities that’s still available, perhaps I can ask her out again to create some pot or mug and Festive Sparklers to relive the simple joy we had before the year ends.

Inside a vinyl record store at Esplanade (she decided to take a photo of the neon sign instead of just the records): 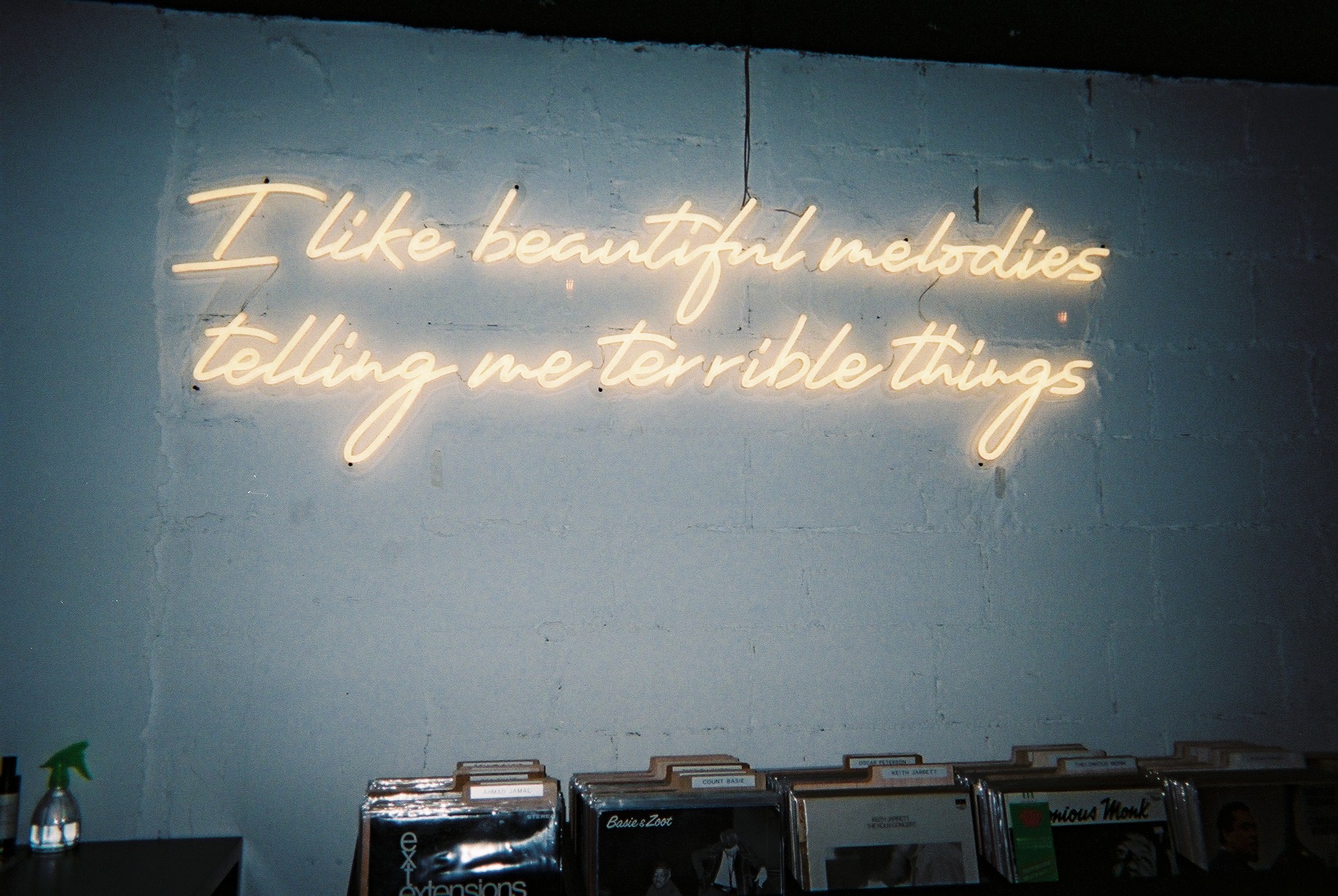 “So rare to see shops selling vinyl records nowadays. $45 for one?! So expensive! Back in the past it was only... Aiya I can’t remember. Maybe a few dollars.”

At the rooftop of Esplanade: 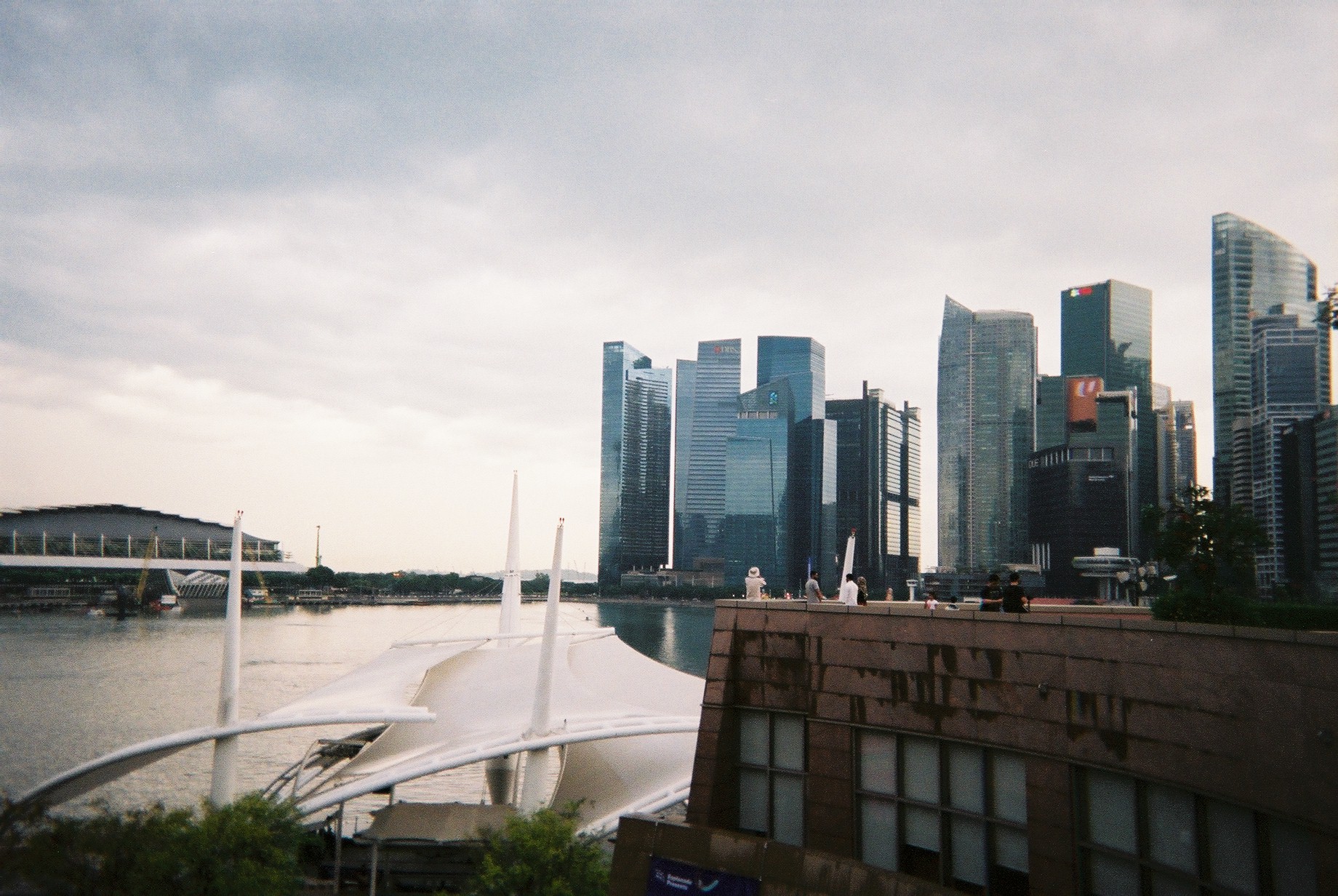 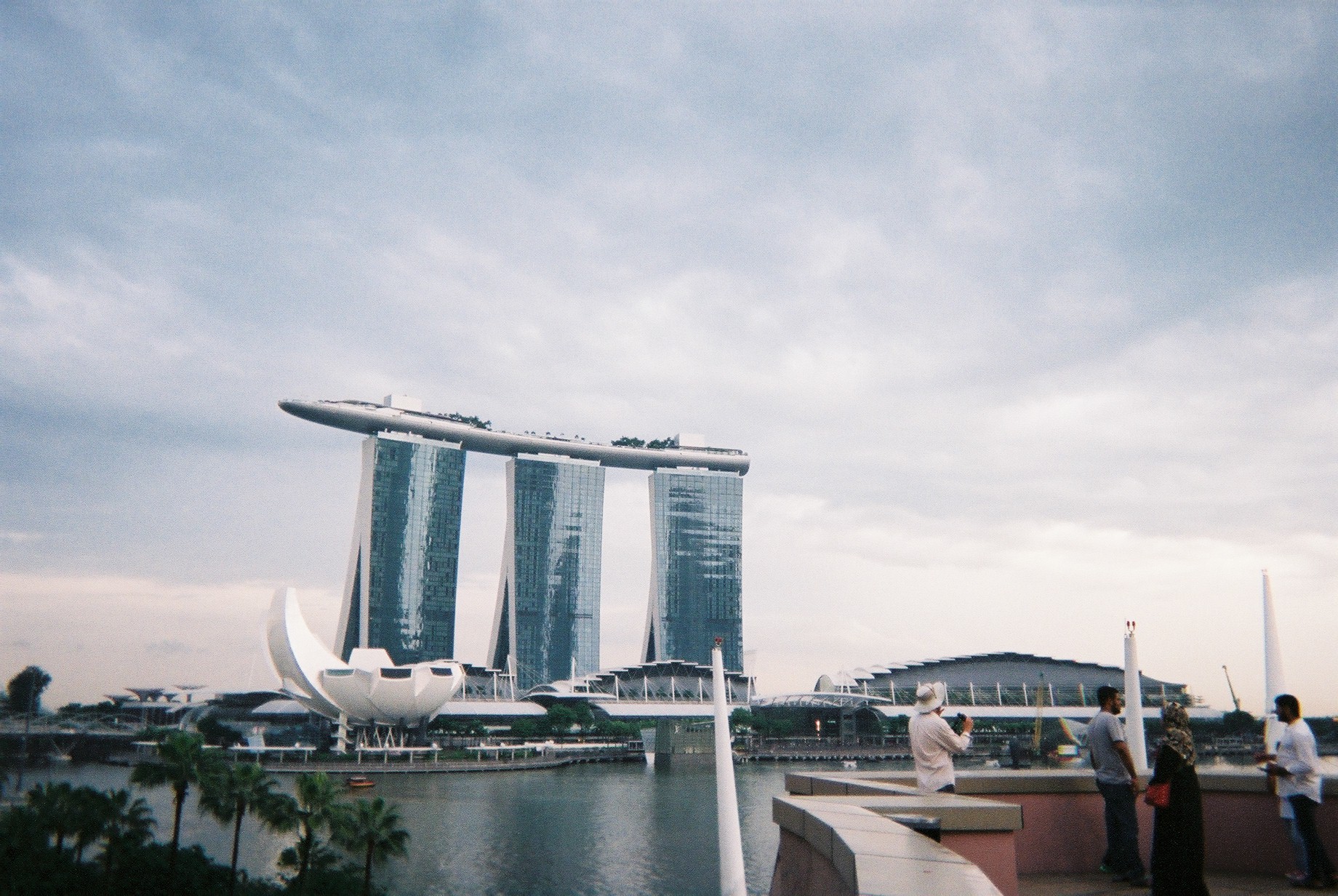 “The view here is so nice! Aiyo, really very nice leh. So nice. You think can see fireworks from here on New Year’s Eve?” 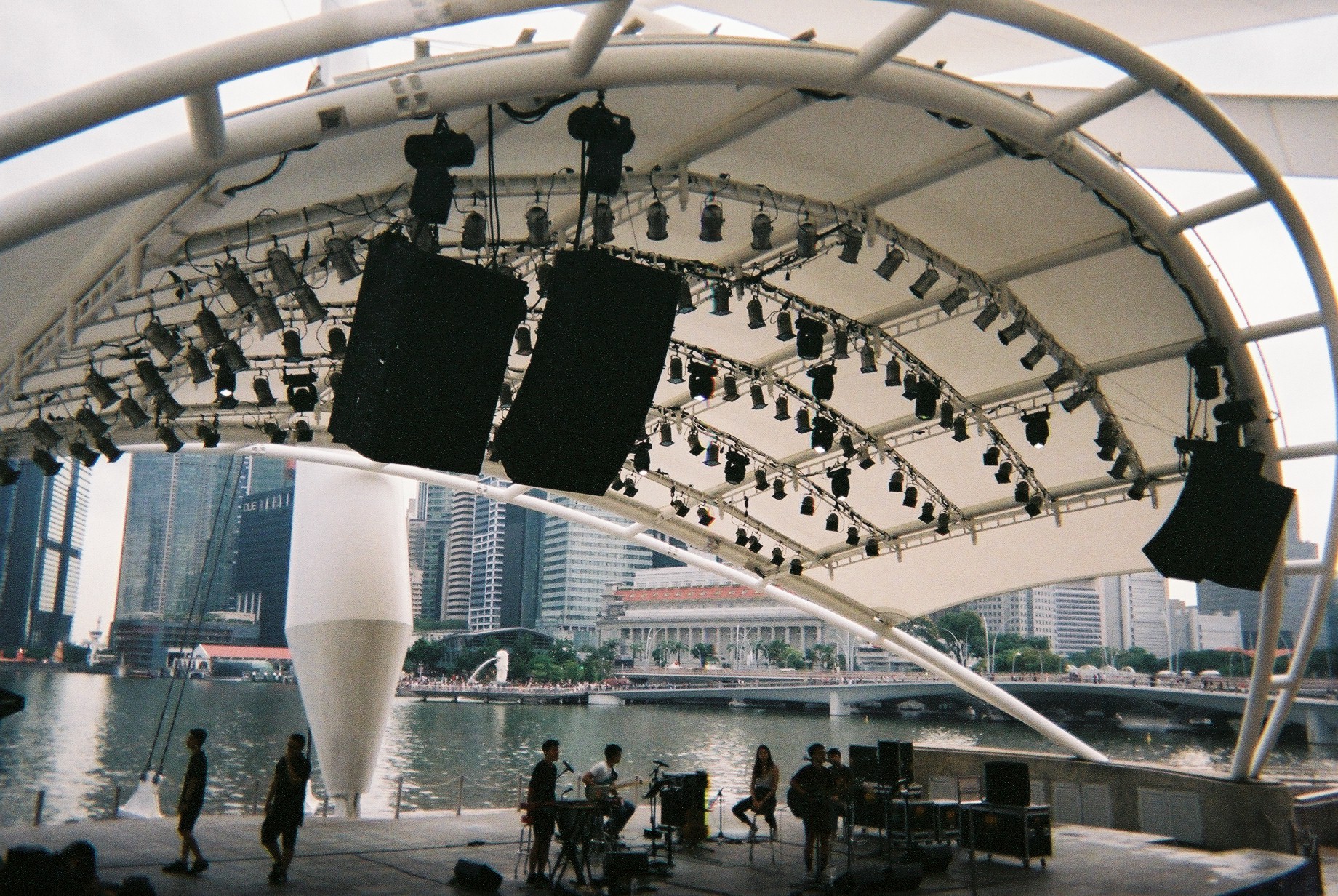 “Eh, there’s people performing. Free one? The performers are so young ah, like younger than you leh.”

Writer’s note: Ya la, they are probably younger than me. And yes, the performances are free. I checked before bringing you here okay.

At the Esplanade Outdoor Theatre: 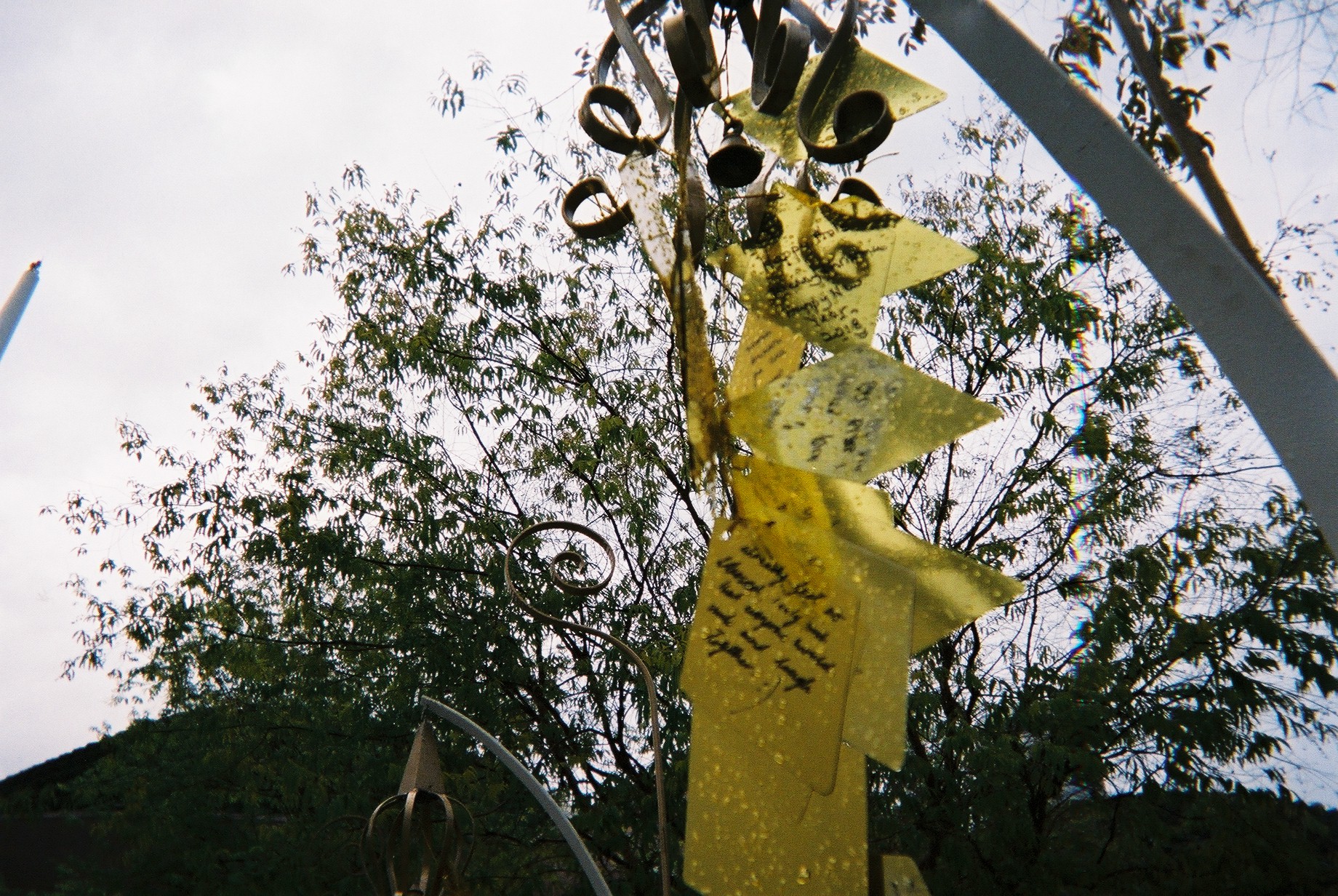 “What is this? Oh, other people’s wishes. You want to write? Write also la. Write, write.”

When we went back inside: “Orhh, so just now the children were folding these. Not cranes ah, these are butterflies.” 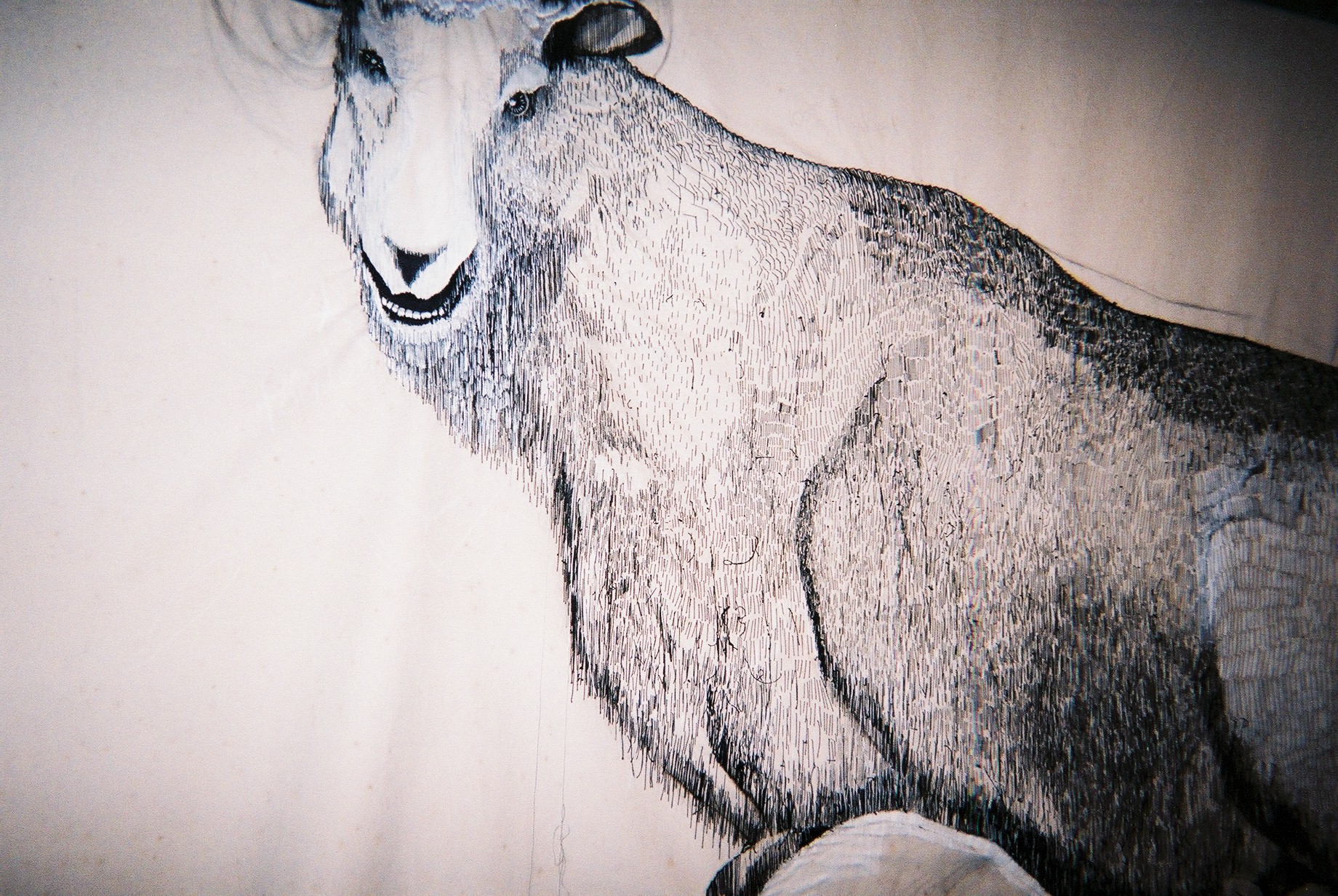 My mom loved this. She went on to describe how clever they were to use different lengths and types of stitches to illustrate different shades.

Along the walkway that connects Esplanade to City Link: 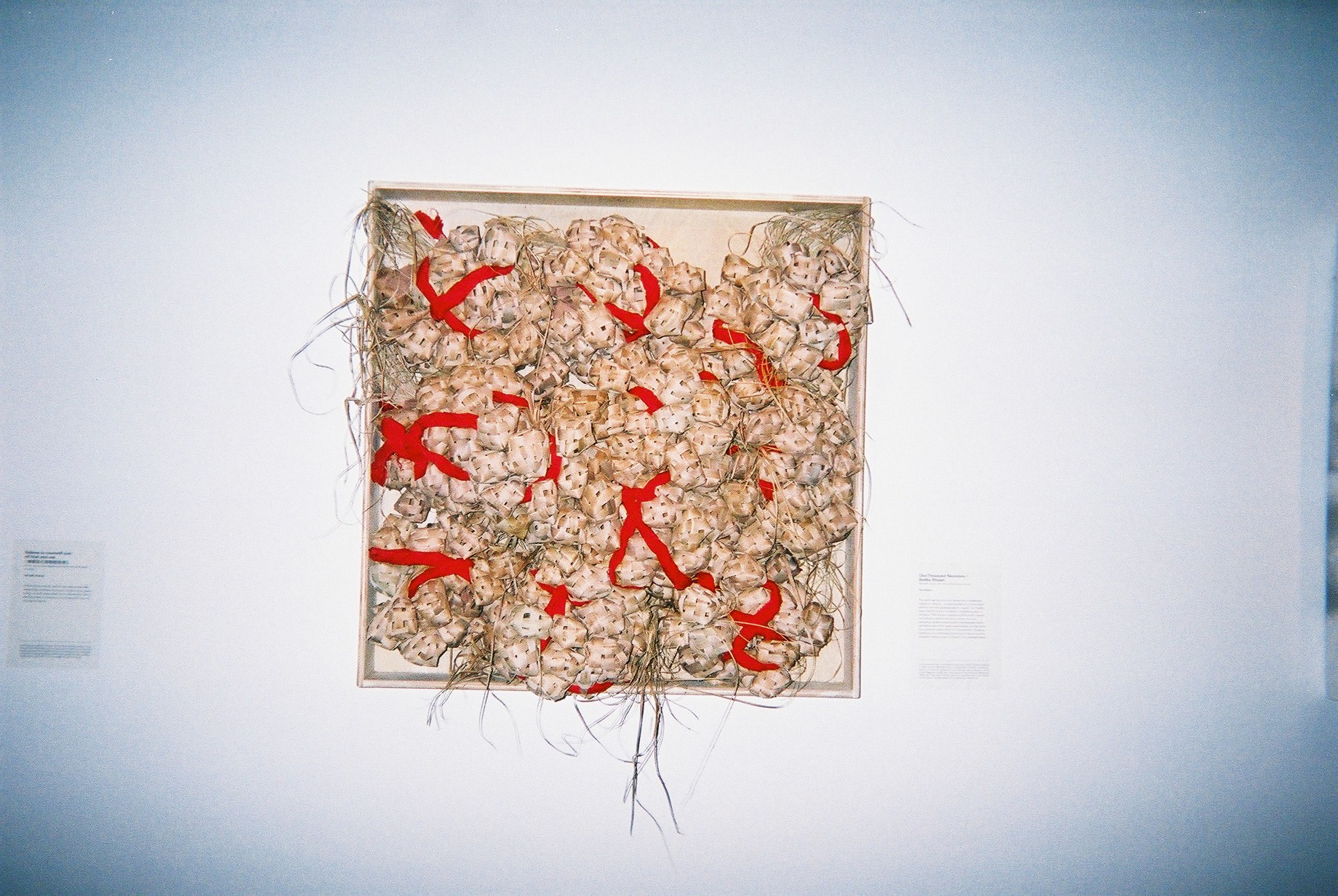 “I thought they were supposed to take down this colourful HDB long ago?” “Spoilmarket (referring to the name of the shop)?! Hahaha! Nowadays anything also can be a shop name.” 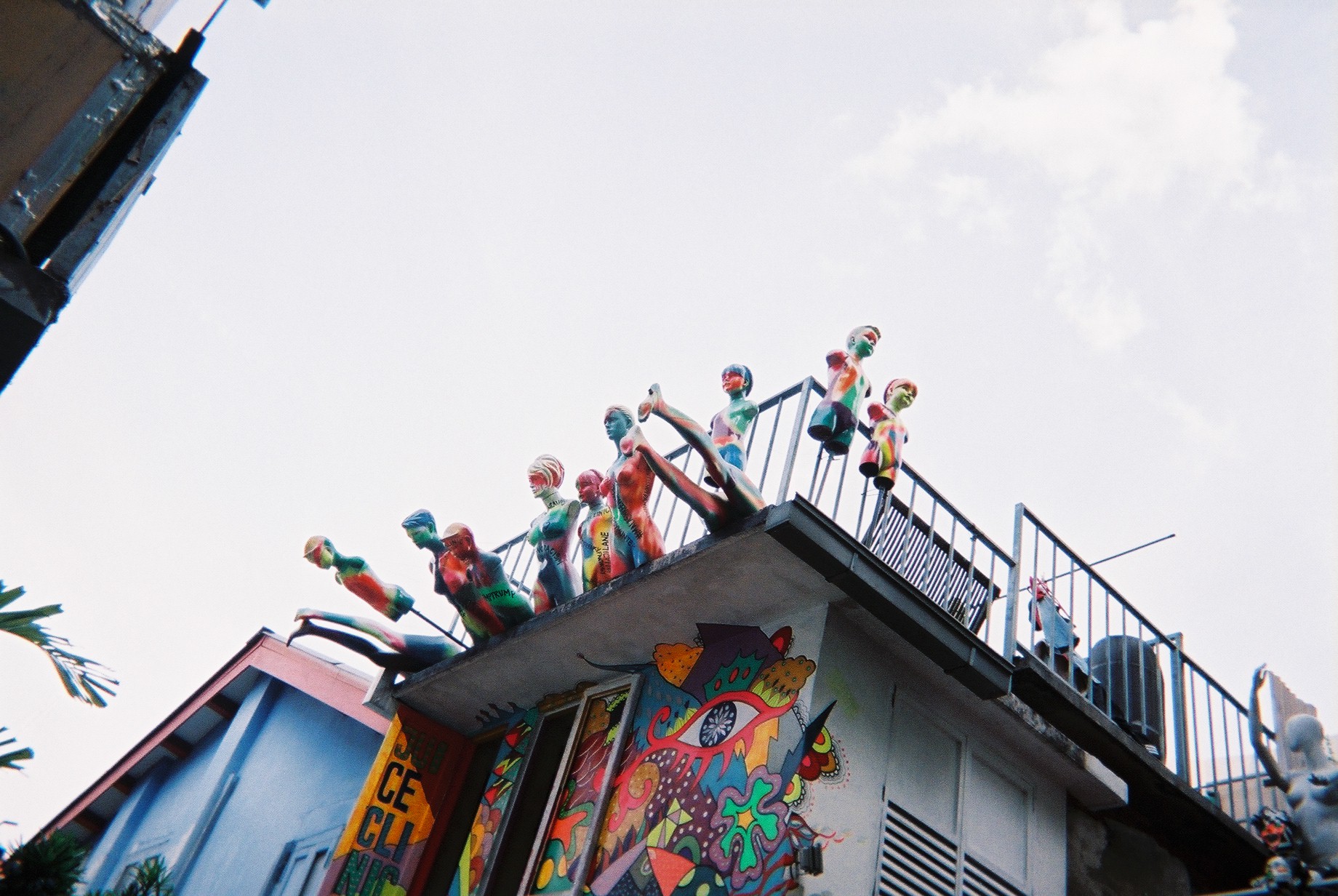 “So scary, this decoration. If we see this at night confirm very scary one.” 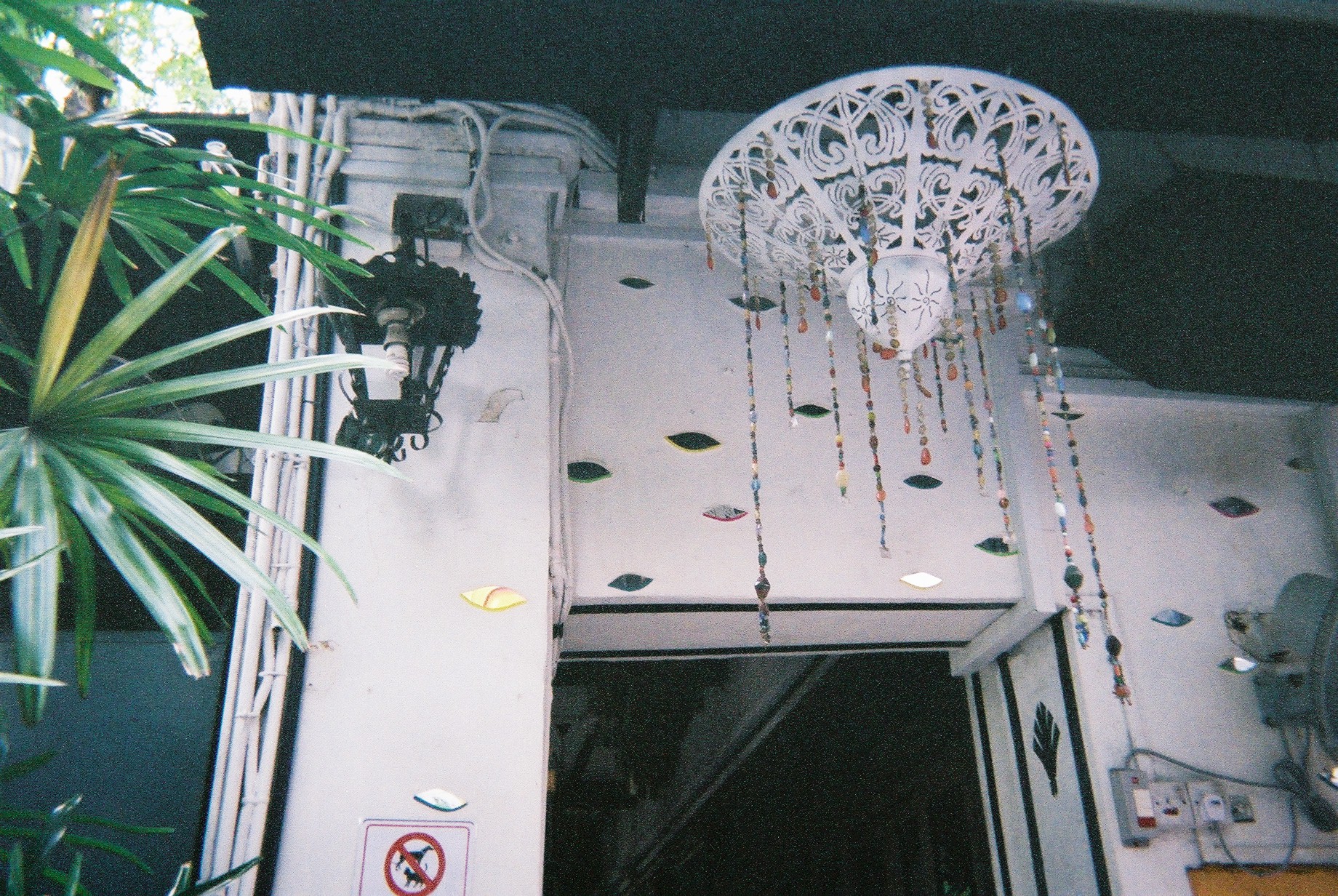 “This light so nice! You know where to buy from? It will look so nice in our living room.” 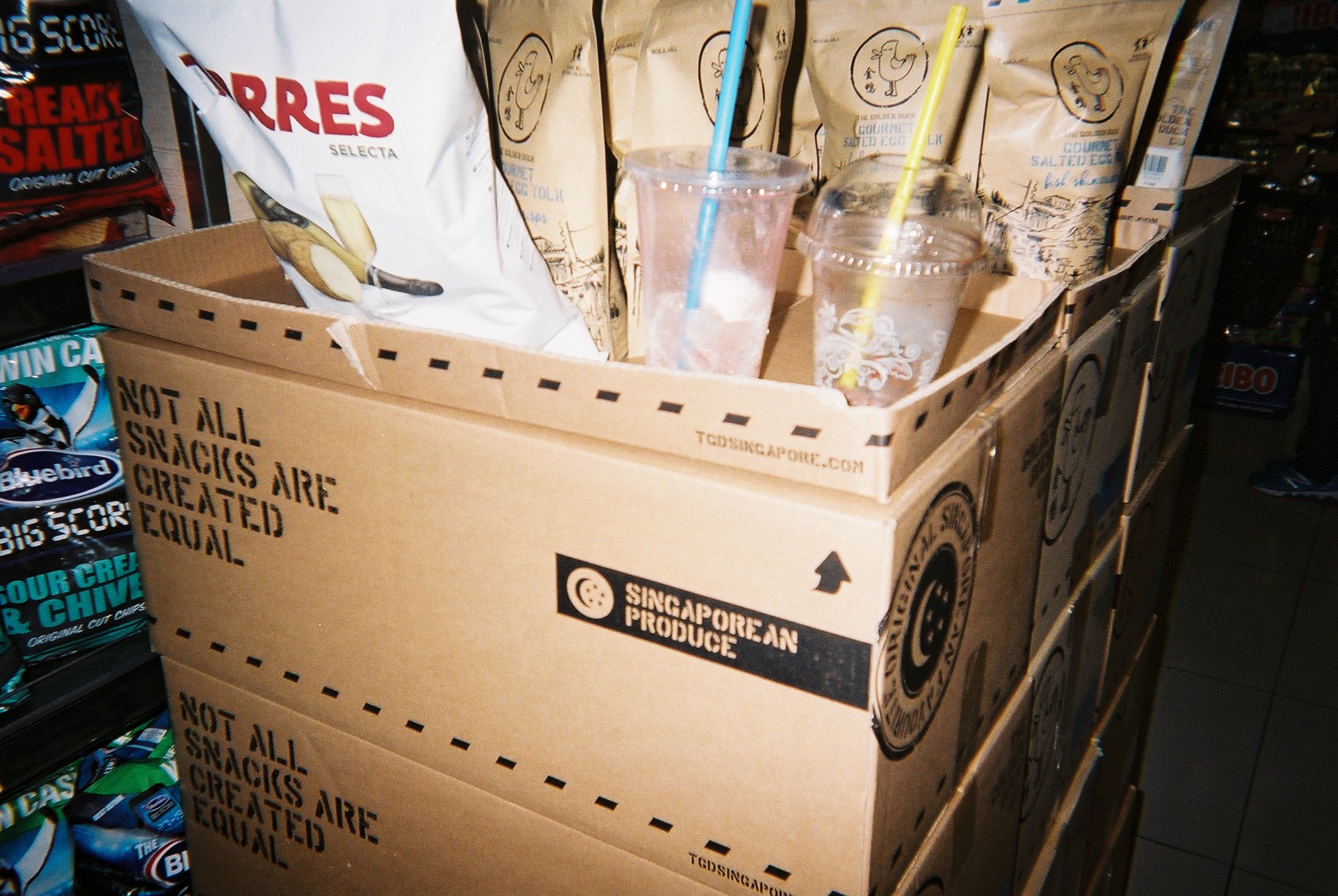 “How come people throw their empty cups here! Singapore so many dustbins but people must anyhow throw here. Tsk tsk.”

It’s nice to know that having lived with someone your entire life, there’s always something new to learn about them. This weekend with my mom and the camera was a nice way of discovering new stuff with her (like her deep love for embroidery), making silly comments, and just generally enjoy each other’s company.

There’s no better time than now to bring your family and friends on a day out. Especially with all the Christmas and New Year’s Day decorations around.

Celebrate this festive season with them at Esplanade. There are many things to do and see there. Really a lot.

This sponsored post in collaboration with Esplanade reminds Mothership.sg’s writers to spend more time with our loved ones and bring them out to see discover new and glittery stuff this December.