Nightmare stories about home bakers in Singapore are not as rare as we would like them to be.

One recent customer, Lim Yue Xuan, was left entirely dissatisfied with the quality of her cake order from a home baker for her daughter's first-year birthday, and left a scathing review in response.

The home baker begged for the negative review to be removed -- but the latest update is that the home baker's Facebook page has disappeared.

Lim had trusted Dream Cake Studios to deliver a nice cupcake-shaped fondant cake for her one-year-old daughter's birthday party -- but it was not to be.

This was the design she asked for -- a cake designed originally by this other home baker: 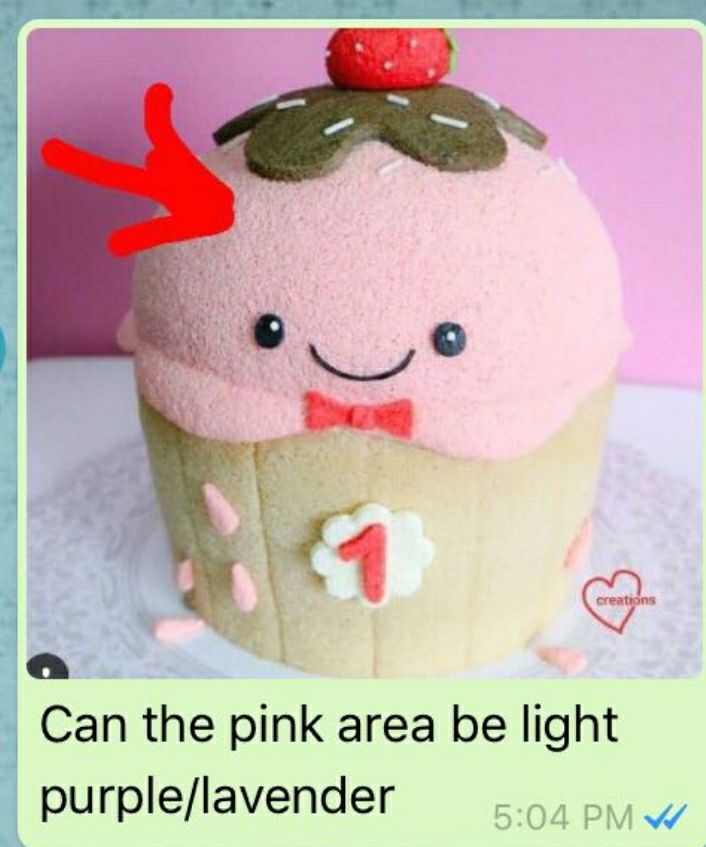 According to Lim, the baker sounded confident and assured her that she would be able to replicate the design using fondant.

But this was what eventually arrived on the day of delivery: 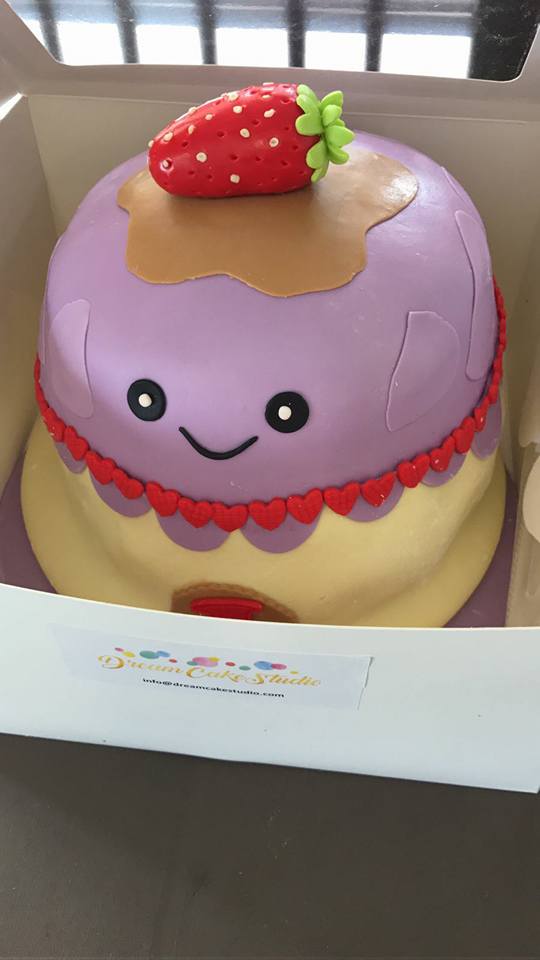 The guests were not even sure what the cake was supposed to look like. 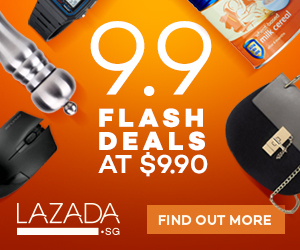 The following photos shows the extent of the cake's faults -- from the haphazardly-placed, randomly-shaped patches of fondant to a melting yellow base: 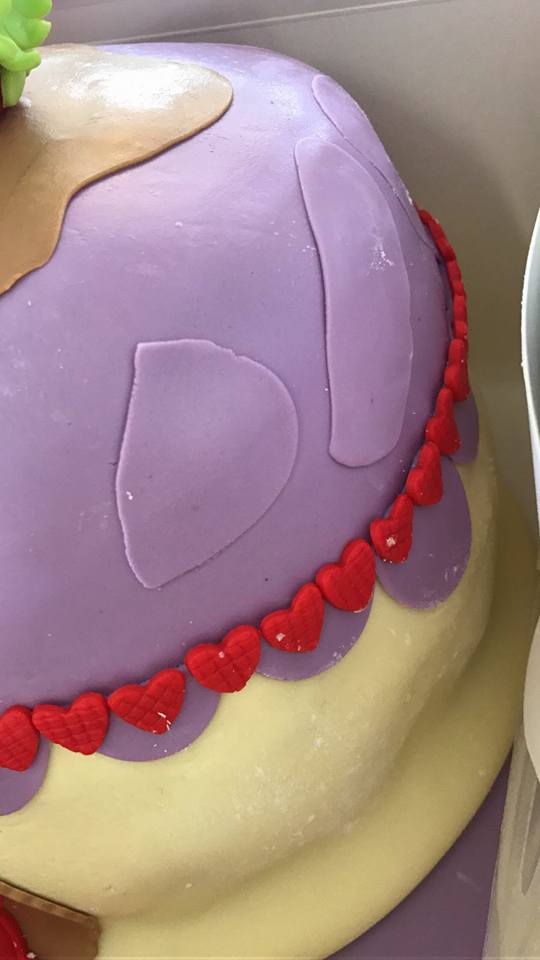 How some of the sides were touching or had melted into the walls of the box: From here, it's also clear the pale yellow fondant had melted over the letters spelling out Lim's daughter's name: 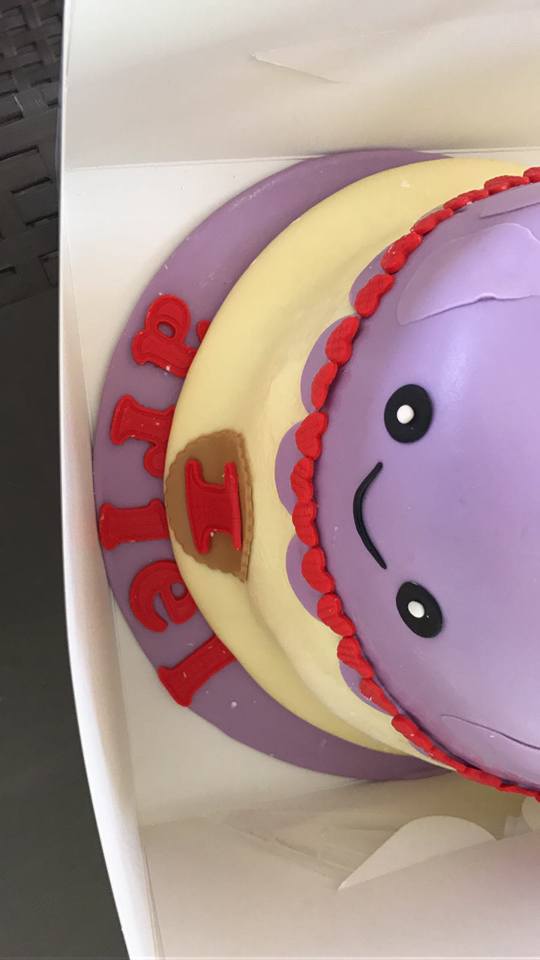 If the cake at least held up after slicing, the situation wouldn't have been as unfortunate as it turned out.

Sadly, when Lim tried to cut the cake, it crumbled and the fondant peeled off. It was also dry and flaky.

The cake was not served to the guests. 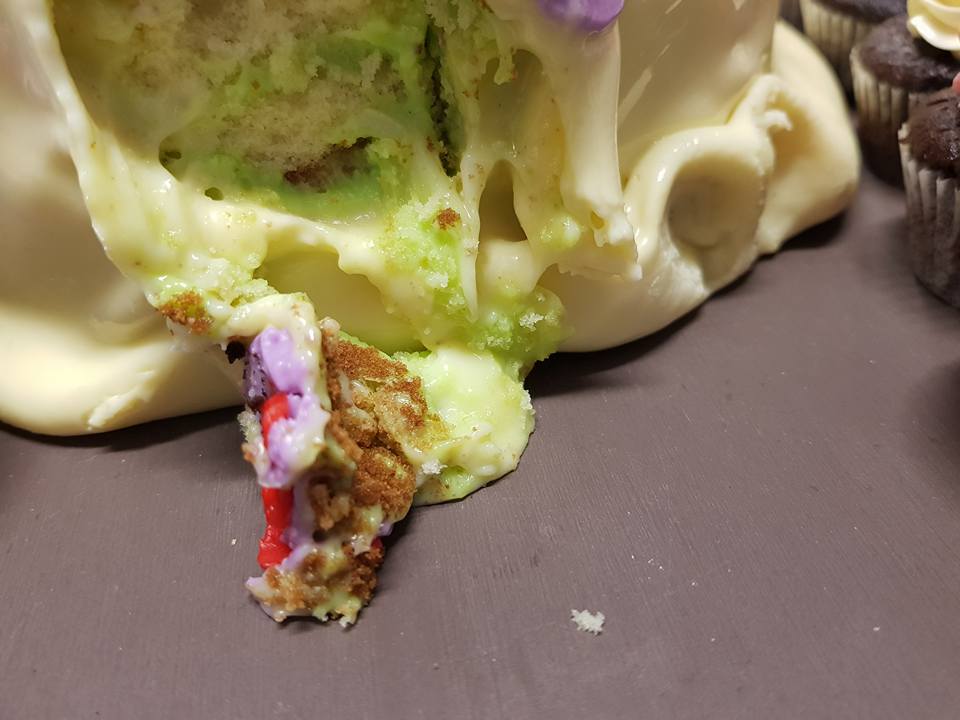 When Lim and her family tried it for themselves, the flavour turned out to be wrong — not the one they ordered — and it tasted terrible (although to be fair, taste is subjective).

To add insult to injury, the cake originally cost S$400 -- an amount that should otherwise have included the delivery fee as well.

Despite this, at the last minute, Lim was asked to pay an additional S$12 for delivery due to the distance, even though the address was conveyed to the baker when the order was first placed: 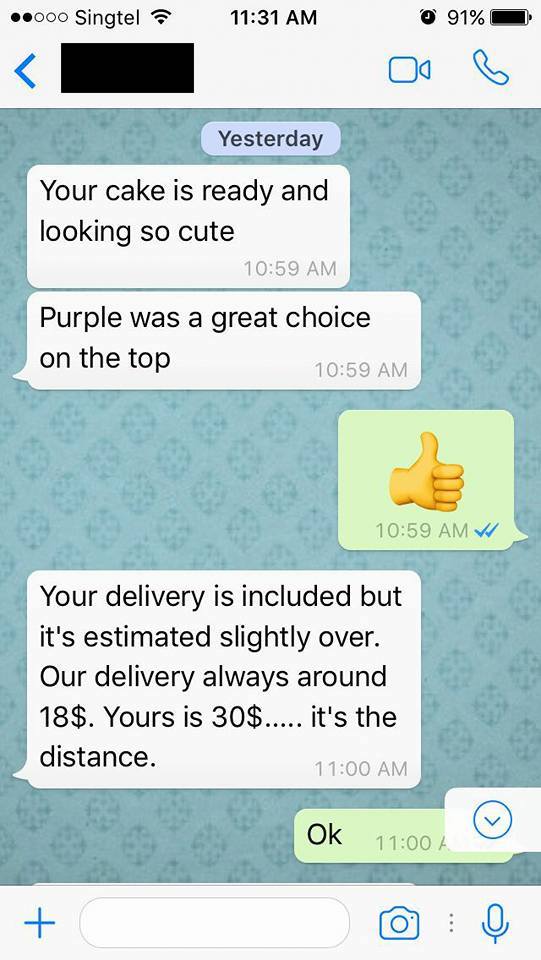 The real clincher, however, is the baker's excuse when confronted with the cake's defects: 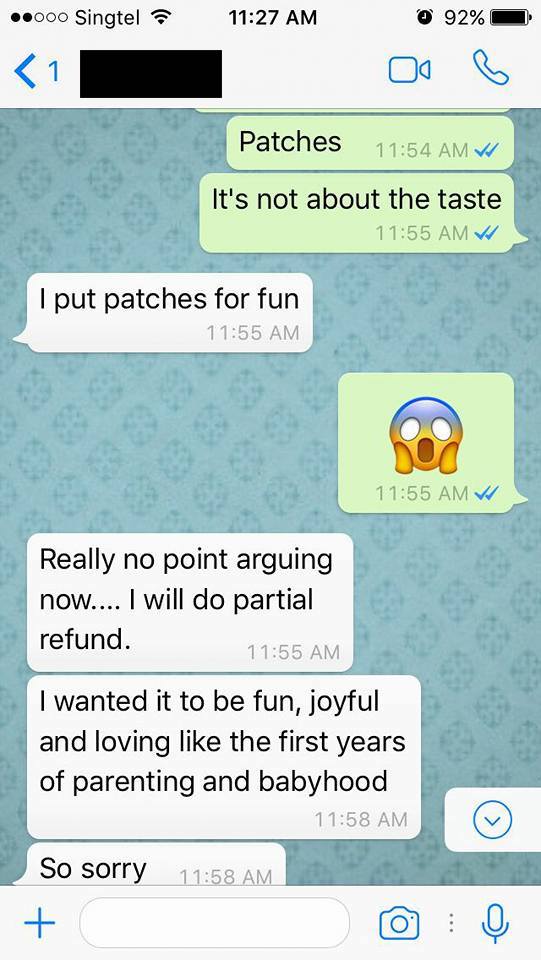 Gotta give it to her for trying.

It was only after the family left at least two bad reviews on Dream Cake Studio's Facebook page that the baker moved to address the issue more urgently:

It was only at this point that the baker offered a full refund, even retelling Lim her life story in a bid to convince her to remove her bad review:

Even though Lim eventually got a full refund, she is sticking by her review and refused to take it down, saying she wanted to make sure other potential customers would be warned and aware that her case did happen.

Here's a sampling of the baker's other work: 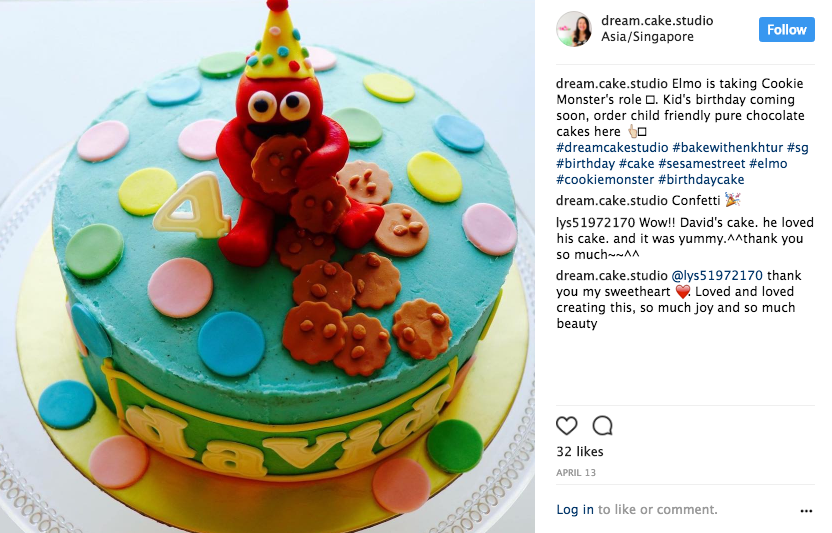 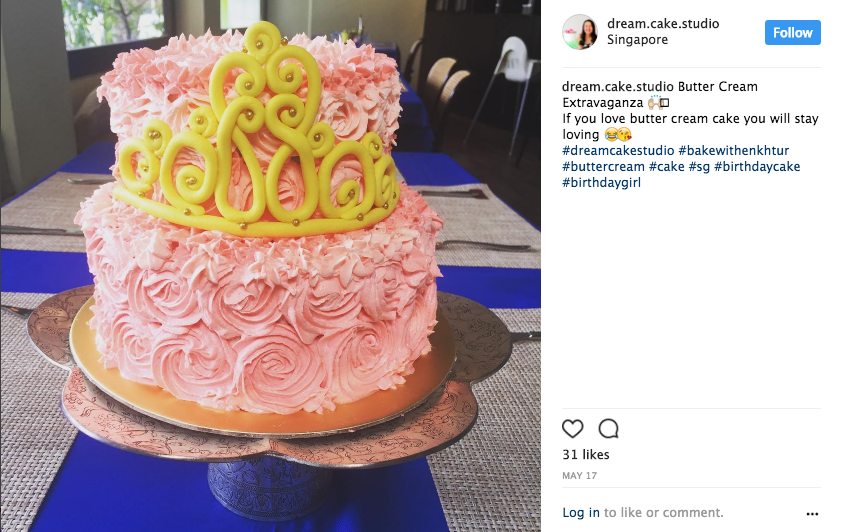