Footballers from Singapore's national team were seen at Changi Airport sending off their coach Tatsuma Yoshida, who is leaving Singapore after ending his contract early.

Yoshida and the Football Association of Singapore (FAS) announced on Dec. 28 that he would be stepping down to return to Japan, shortly after Singapore's Dec. 25 exit from the AFF Suzuki Cup.

He said in an exit interview on Dec. 28 that he had plans to return to his family Japan since last year, and even tried to bring them over to Singapore.

However, he was persuaded by the national team, and FAS's general secretary Yazeen Buhari to extend his stay.

Footballers and their families say goodbyes

Photos of Yoshida's socially-distanced send off at Changi Airport were uploaded by Facebook page ASEAN FOOTBALL on Dec. 29.

The photos showed a group of supporters at the Terminal 1 departure hall, including national team footballers and their families.

Yoshida appeared to be carrying a black and yellow scarf from Tampines Rovers Football Club as well. He was also seen holding a framed photo of him with Buhari, capturing the moment where he was presented with a jersey while being officially appointed as the coach. 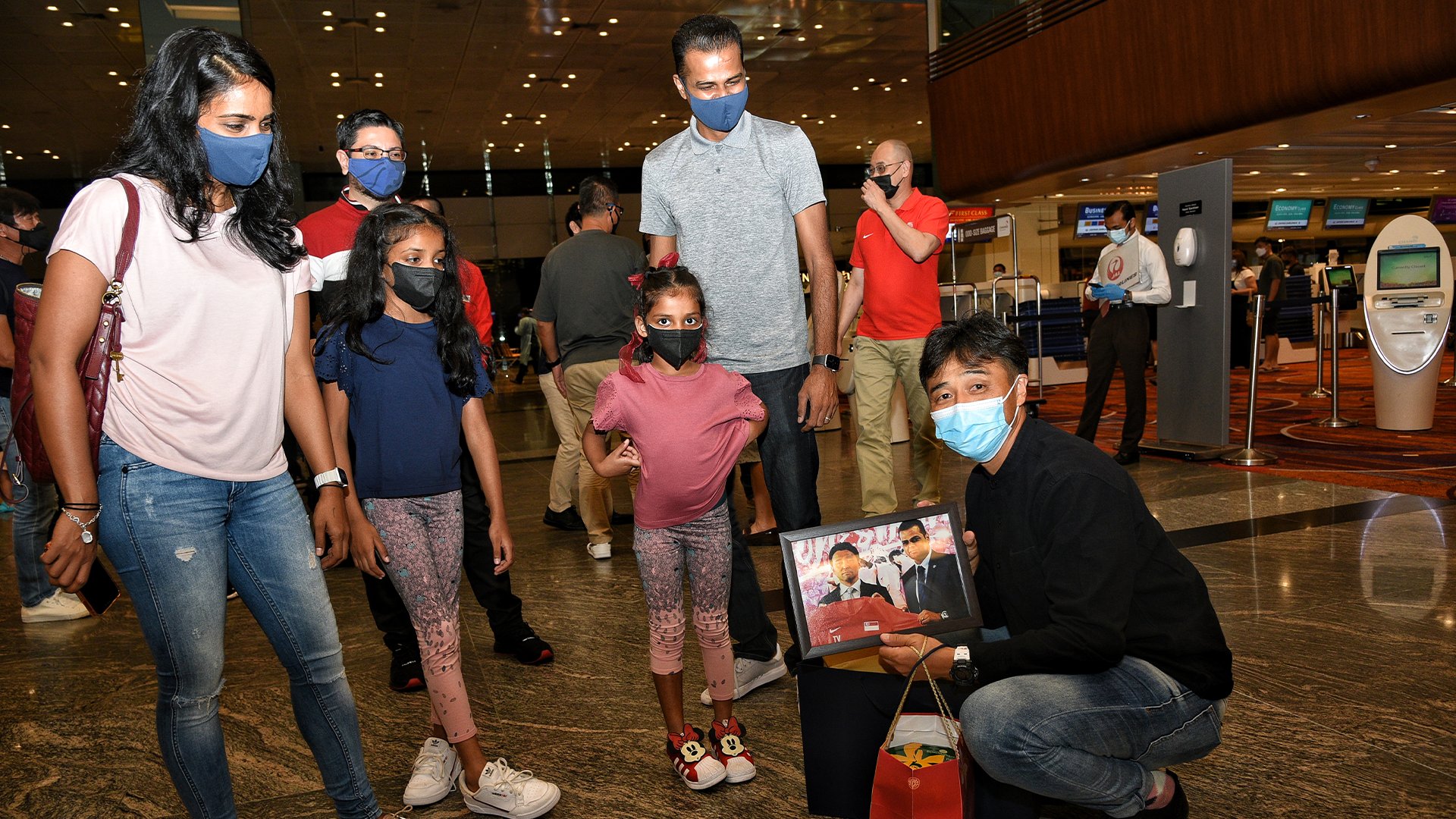 A number of footballers posted personal farewell messages on social media too, with well-wishes and thank yous for Yoshida.

Quitting on a high

Singapore's performance in this year's AFF Suzuki Cup was hailed by many as a triumph for local football, including Yoshida himself, who praised the team, saying he was "moved by their fighting spirit".

While the Lions bowed out in a 4-2 loss to Indonesia in the semi-finals' second leg, Yoshida called it the best they'd played since he took over as coach.

Yoshida said, after the match:

"I feel happy working with them and I am very proud of them. This never-give-up mentality is the most important thing… we showed that we can improve, become stronger and move Singapore football to greater heights."

In his exit interview, Yoshida said he would miss the team, and miss Singapore.