Those who believe that there is no such thing as too much ice cream might be pleased to know that one ice cream lover has created a new website dedicated to ice cream places in Singapore.

Its creator is none other than Li Hongyi, who currently holds the position of Director of Open Government Products at Singapore's Government Technology Agency (GovTech), though he is also known as Prime Minister Lee Hsien Loong's son.

If you're wondering, the site does not have an "Ask Jaime" chatbot for users to get answers to their Frequently-Asked Questions (FAQs).

This is because Li created the map as "a fun side project" of his, according to his Facebook post on Oct. 23.

Instead, the website's features include a list of ice cream places, reviews, and an interactive map.

The list is also sorted into four different categories, with the first three apparently ordered according to how strongly Li would recommend them.

Local ice cream parlour Monarchs & Milkweed, and both outlets of Birds of Paradise, were placed in the highest "Crème De La Crème - Something extraordinary" category, alongside Celine's Gelato Cart.

Others like Burnt Cones in Clementi, along with both Apiary outlets were given the "Double Cream - Solid all around" honours.

A much longer list of places made it to the self-explanatory "Sweet Cream - Good for everyday" tier.

There is also a fourth category: "Crème Fraîche - Not tradition ice cream but noteworthy" for places with unconventional offerings, such as Tokyo Milk Cheese Factory.

The remaining places, which appear on the map as smaller blue icons, were not assigned a category.

Users can click on the places to show a pop-up with photos, the place's address, a review, operating hours, and a link to Google Maps directions. 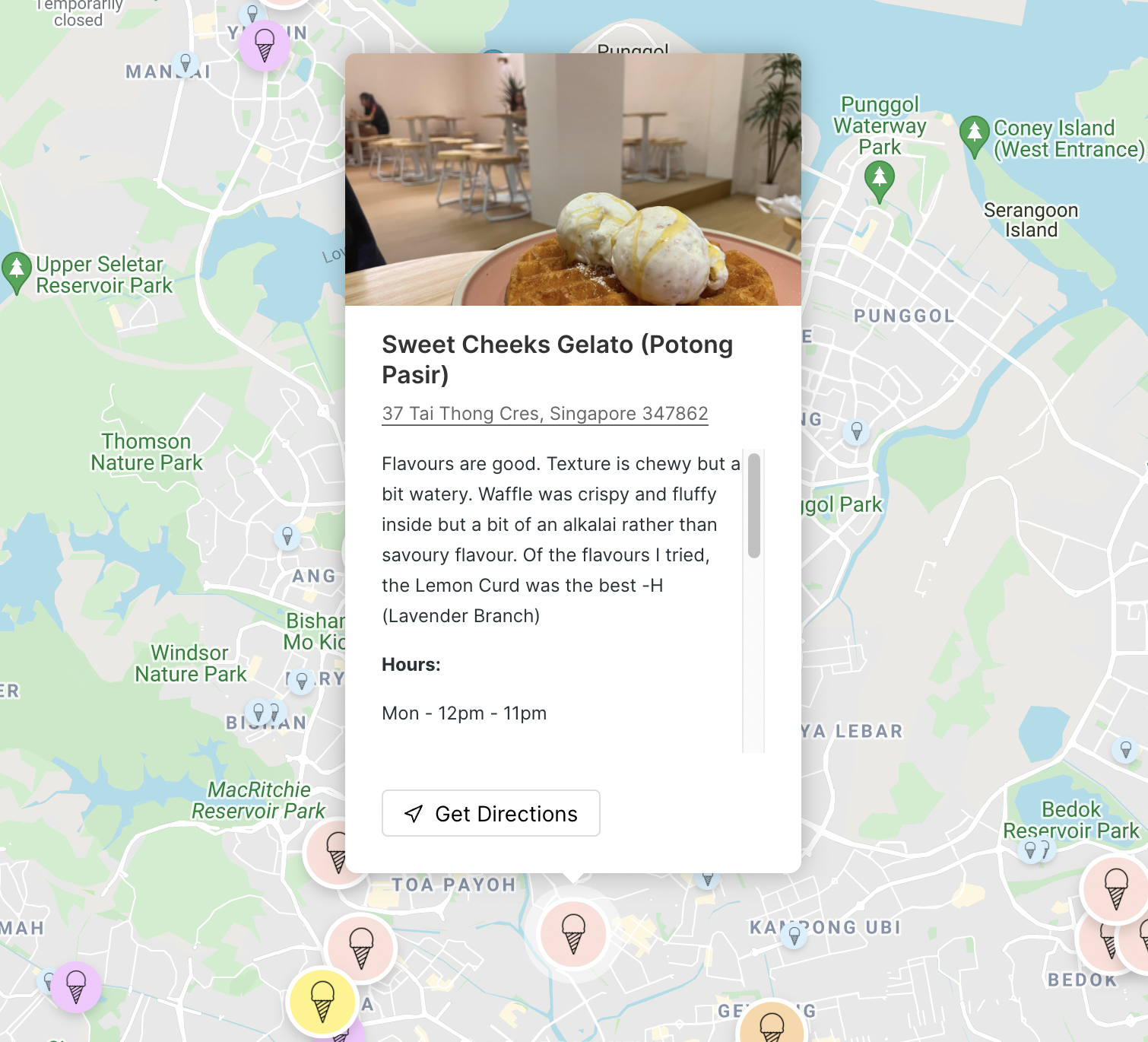 Noting that the list of places is currently "far from comprehensive", Li made an open call for submissions of new places, as well as reviews of places.

For now, a number of the reviews appear to be written by Li himself, with "-H" (presumably for "Hongyi") appearing on several of them. Keen-eyed readers might realise that that is very similar to how the Prime Minister signs off his own social media posts.

Those interested in contributing can reach Li at [email protected].