A man in Singapore took to Facebook on Dec. 17 to rant about his experience with a bus driver here who did not allow the passenger to board the bus.

This was after the passenger claimed he was short of 40 cents to pay the full fare and was asked by the bus driver to seek help from other passengers to get sufficient coins to pay up.

The man described the experience as a "humiliation" as he was made to "beg" for just a few cents.

However, the reaction that his post got was clearly not what this man expected as he later took down the post.

Humiliating to ask S$0.40 from passengers to pay bus fare

On Dec. 17, the passenger wrote that he boarded a bus with his friend who found out that his wallet was missing after getting on board.

They had to pay the bus fare with cash but were short of S$0.40.

Apart from all the small change they had, they only had a S$50 note.

Upon knowing that, the bus driver then asked them to check with other passengers to see if anyone can give them S$0.40 to make up the full fare.

The man was rather upset by this suggestion as he found it humiliating to do so.

He then threatened to write a Facebook post but the driver did not relent and refused to drive off unless the two passengers paid the bus fare in full.

He also wrote that he would call and complain about this driver who was also described as "very rude, unreasonable and arrogant".

Along with the post was also a photo of the said bus driver and you can see what he wrote in full here:

After posting about this incident, the man was lambasted by a majority of commenters online.

Most people supported the way the driver handled the matter as it is the bus captain's role to ensure everyone pays the full fare.

There were also comments that questioned why the man could not alight the bus first to get the small change he needed or used a cashless method of payment which is common these days.

The man eventually deleted the post after the backlash. 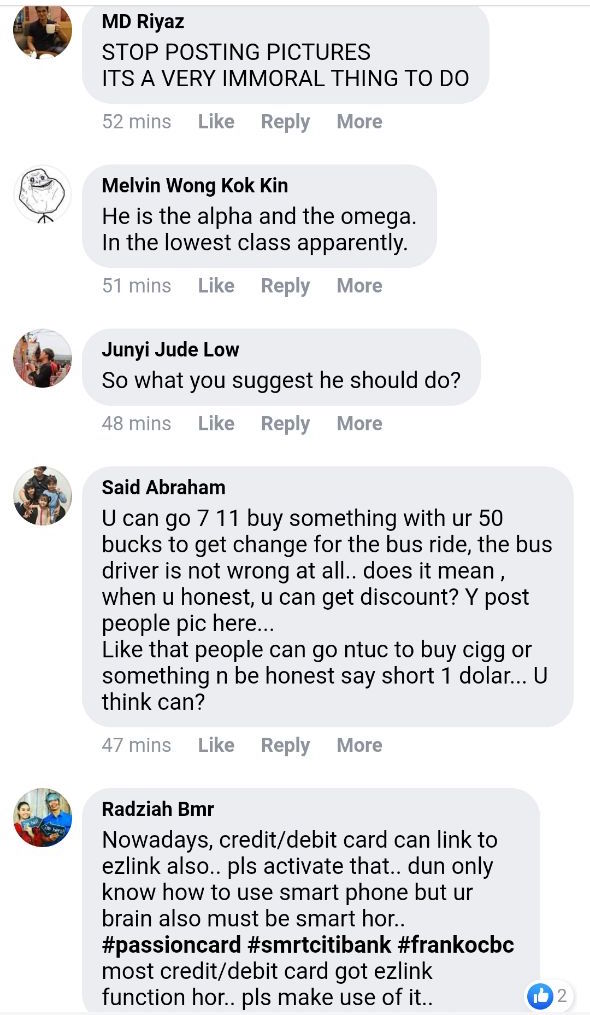 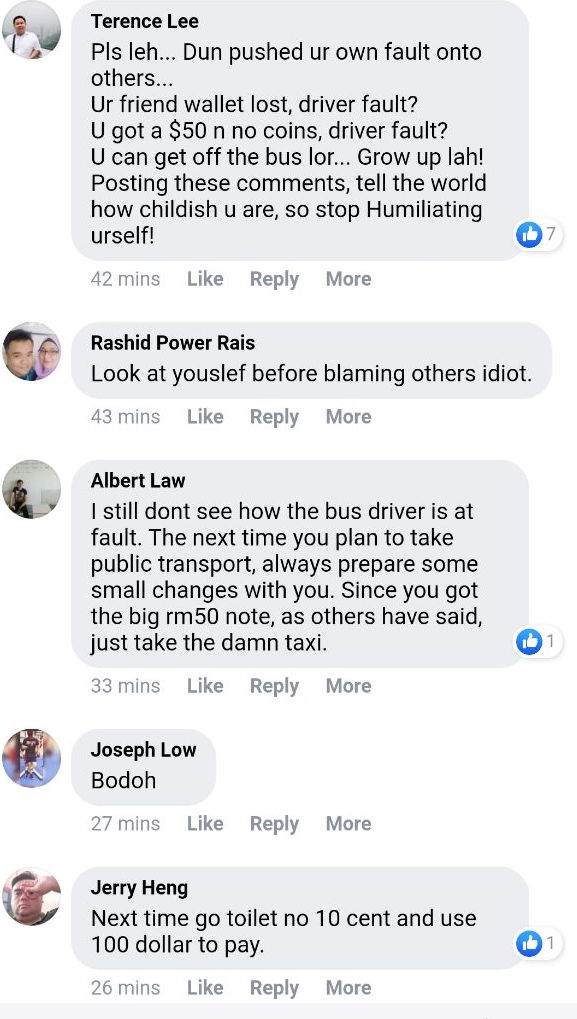