Funnyman Steve Harvey briefly found himself in hot water once again, after appearing to make a mistake during the Miss Universe pageant held on the evening of Sunday, Dec. 8 in Atlanta, Georgia.

This was after Harvey infamously mistakenly announced the winner of the 2015 Miss Universe competition to be Miss Colombia, when it was rightfully Miss Philippines.

However, this time, Harvey's "mistake" was not a mistake after all.

"It's not Philippines, it's Malaysia."

When it came time to recognise the winner of the national costume contest, which occurred earlier in the competition, Harvey announced her to be Miss Philippines Gazini Ganados.

An image of Ganados wearing her national costume was then projected up onto the screen.

However, the woman standing next to him was not Miss Philippines, but rather Miss Malaysia Shweta Sekhon, in her Peranakan food-inspired costume.

When he turned to her, she asked for the microphone and clarified: "It’s not Philippines, it’s Malaysia."

In response, he lightheartedly defended himself, saying: "Okay, well, let me explain something to you. I just read that in the teleprompter. Y'all gotta quit doing this to me... See this is what they did to me back in 2015."

You can watch a clip of the apparent mix-up here:

I CAN'T BELIEVE IT HAPPENED AGAIN yes it's another steve-harvey-gets-the-name-wrong #missuniverse2019 moment pic.twitter.com/0VtdZeWILa

Not wrong after all

However, the Miss Universe competition has clarified via Twitter that Harvey was, in fact, correct.

Apparently, the confusion came about because the pageant wanted to showcase the Miss Malaysia national costume in addition to the winning Miss Philippines costume.

According to People, the Miss Universe Organisation said in a statement:

Insider reported that a source close to the Miss Universe Organization told them that Harvey made a joke out of the situation "so as not to embarrass" Shweta, but that neither he, nor the producers, nor the prompter, had made a mistake.

The apparent mix-up left many online confused about who had truly won.

Many misunderstood the situation as meaning that Miss Malaysia was indeed the winner of the costume competition.

Malaysian media outlets such as Malay Mail, The Star, and Metro reported incorrectly that their country representative had won the national costume contest but had just been mistakenly introduced by Harvey.

Locally, CNA, AsiaOne, and The Straits Times also reported the situation as a mistake on Harvey's part.

Even the Miss Universe Malaysia organisation shared an Instagram post announcing that Miss Malaysia had indeed won the best costume:

Here is the post in case you can't see it: 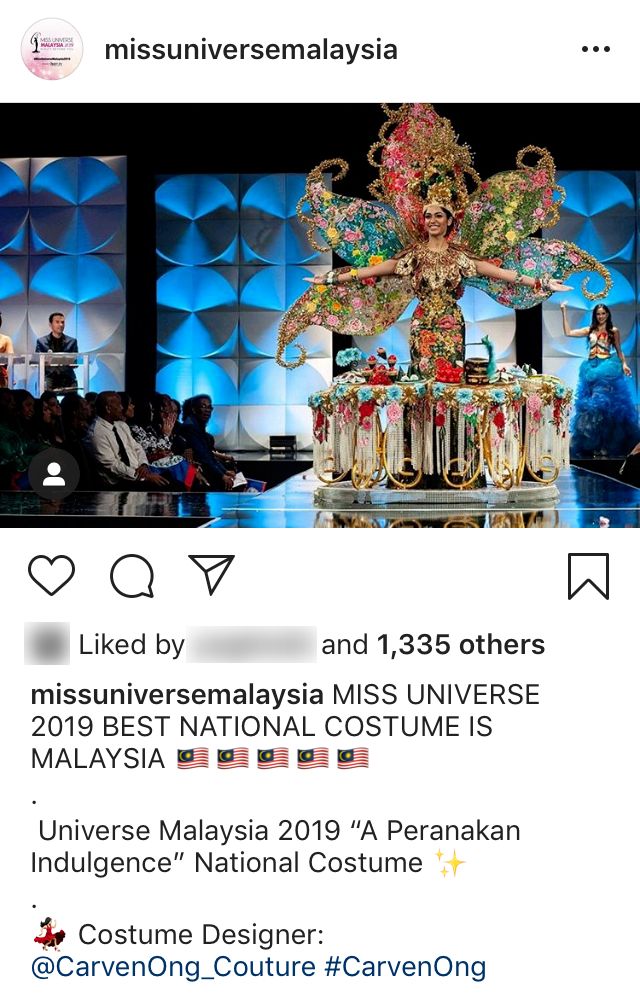 Miss Malaysia herself also shared on her Instagram story that she had won the national costume: