This is Blåhaj (pronounced Blaha). 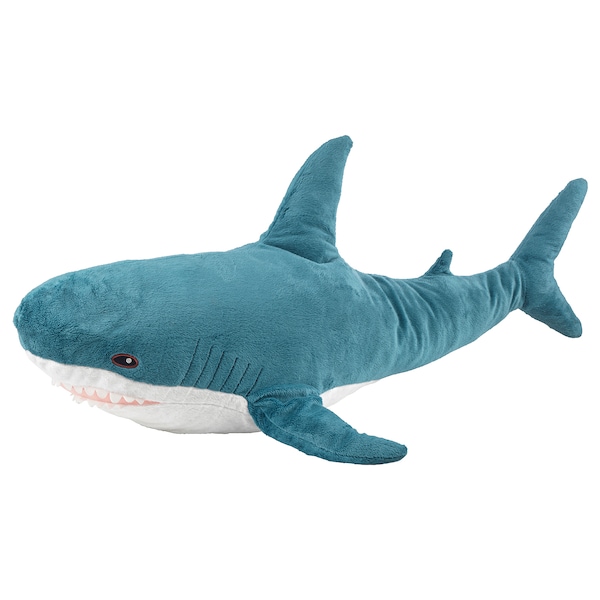 It is a stuffed toy in the form of a shark.

Blåhaj was released a few years ago by Swedish furniture store IKEA, and was recently relaunched due to popular demand.

And for some reason, it blew up on social media -- perhaps people were charmed by its friendly-looking appearance.

Shark plushies rearranged to look like us doing mundane things

The obsession over Blåhaj manifested in physical IKEA stores as well, as some people started rearranging the soft toys into various positions that are meant to make them look like they are masquerading as humans.

Such as this particular photo taken in Thailand, where two sharks were rearranged to look like a parent was reading a bedtime story to his or her child, or a couple sharing a book together.

Here's a family of sharks eating dinner together at a table with wine and candles.

thinking about this family of sharks eating dinner i saw in Ikea pic.twitter.com/YydESBq5nr

I don’t know who hid sharks all over this Ikea. But please know that i utterly enjoyed trying to find them all. pic.twitter.com/Wepunnq2FX

i wish i could be half as cool as ikea shark pic.twitter.com/dNzO3YsV2F

People who purchased Blåhaj the shark also did the same.

A Twitter user even took the chance to remind others of the importance of protecting actual sharks.

And it seems that these sharks are available in Singapore's IKEA stores too, although numbers are limited.

These Instagrammable rooms will up your Christmas Insta game.

We compare the colleagues you can't stand to these animals.

Click here for an itinerary for first time solo travellers.

Have you ever felt like a boomer in your 20s?