And while Singaporeans might have become accustomed to wild boars, macaques and Sambar deer foraging in bushes or streaking occasionally across the road, animals of the marine or freshwater variety are much less commonly spotted.

Such as our native Estuarine crocodiles.

The huge reptiles are often regarded with much fear, considering their size and snappy jaws.

One Samuel Chuah though, had a rather serendipitous encounter with a crocodile while visiting Sungei Buloh Nature Reserve.

And it's a pretty huge one at that.

You'll probably only be able to comprehend how large the creature is from a photo.

Here it is, casually laying like a pancake across the reserve's path as if that's its home.

Thankfully, Chuah shared in a comment that the reptile moved off after a few minutes, and he was able to continue on his nature trek.

Chuah's photo has since gone viral on Facebook, garnering over 1,800 shares and 1,300 likes.

Singaporeans thronged the comments section, saying that Chuah was really lucky to be able to spot a croc so easily. 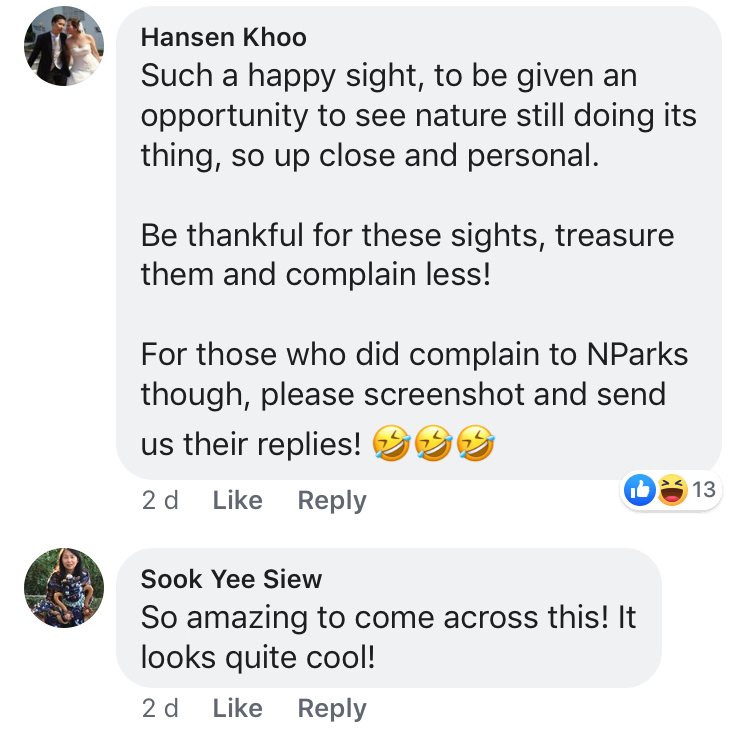 Others joked that the croc was collecting toll fees. 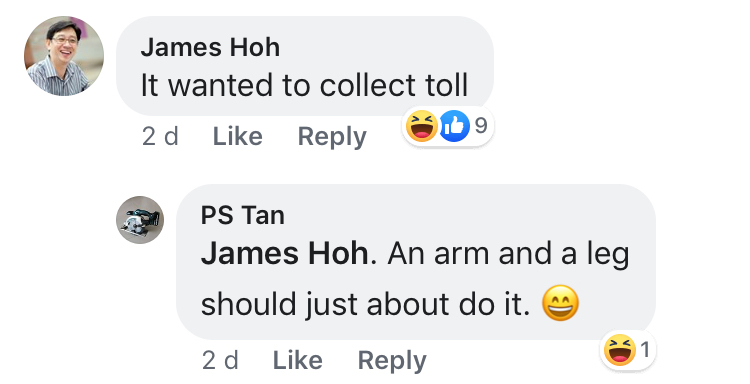 Some, though, questioned if the animal's presence posed a danger to the reserve's visitors. But they were promptly educated by the other Facebook users. 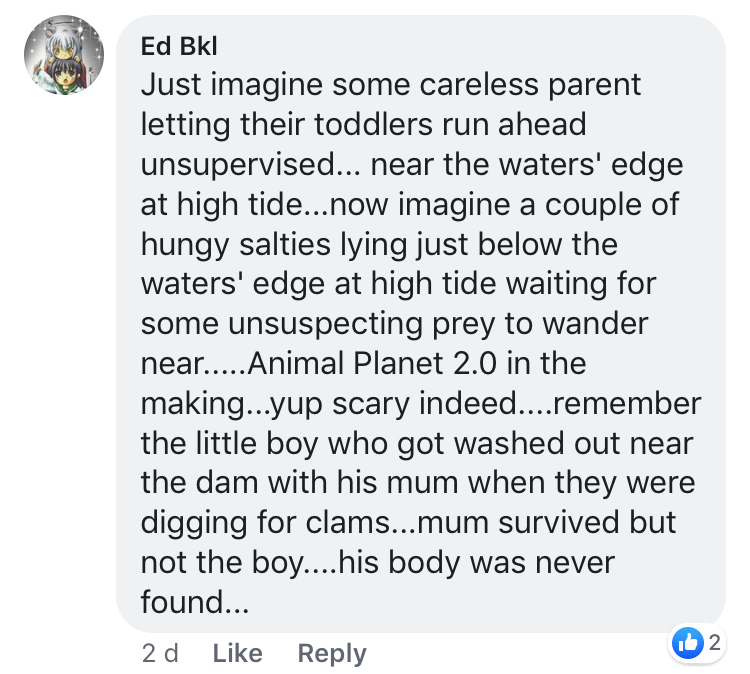 The wetlands are the reptiles' natural habitat, and just like how macaques and other wildlife aren't fenced in, the crocodiles aren't too.

Don't approach crocodiles if sighted in the wild

Estuarine crocodiles are considered endangered creatures throughout the world, due to habitat loss and humans hunting them for their skin.

Crocodiles can be sighted occasionally at Sungei Buloh.

One such crocodile, nicknamed Tailless for its short, misshapen tail following an attack by another crocodile, has been spotted by nature enthusiasts on many occasions.

The animals are often spotted in the water from a distance. It's quite rare to find one out in the open, like Chuah did.

If you do come across one lying on a footpath at Sungei Buloh, should you try to inch past it? 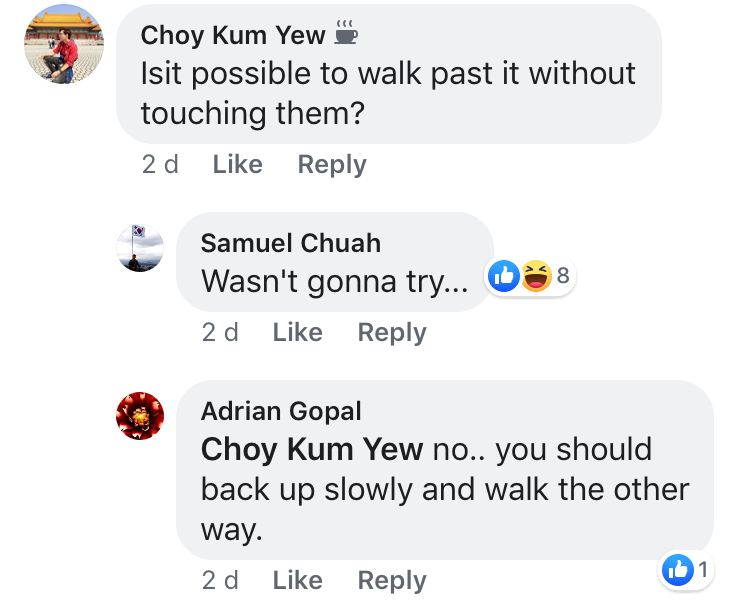 Not a good idea. Visitors to Sungei Buloh should always exercise caution when in the area as it is home to wild animals. Numerous signs have been erected to inform visitors of the crocs' presence.

The National Parks Board (NParks) advises those who come across a crocodile to stay calm and avoid approaching, provoking or feeding the animal.

These creatures can get aggressive when provoked, and might attack in such situations.

⛄?
These Instagrammable rooms will up your Christmas Insta game.