Some of us might know Mark Lee as a Singaporean artiste and businessman.

But few know that Lee used to be a degenerate gambler.

In a video by the National Council on Problem Gambling (NCPG), the funnyman got sombre as he spoke candidly of his past addiction.

Started when he joined "Comedy Nite"

According to Lee, it started when he joined Jack Neo's show "Comedy Nite" in 1996, where money came easy to him as his popularity soared.

With the steady and generous stream of income, Lee ventured into the business world.

Lee said that his luck was really good back then, and whatever he dabbled in would turn profit.

He was earning so much that the money no longer held any value or meaning for him.

That was when he started betting recklessly on football and horse-racing.

Lee's financial management became increasingly poor, as money continued to diminish in value in his eyes.

It did not bother him even if he lost large sums of money on bets.

Although everything appeared normal on the outside, and his work and life had yet to be affected, Lee had become obsessed with gambling at that point.

As it began to consume him, other aspects of his life, such as family and work, grew distant.

But Lee didn't even realise it.

At that point, money had become a mere prop for his gambling habit, instead of income needed to support his business and family.

With his lack of focus and management, as well as fierce market conditions, Lee's company went from turning a profit to almost going bust.

He started letting go of employees, until he was the only one left.

Lee then thought of an idea to save his business: To borrow money for gambling, so that he could recoup his losses.

He would make it his last win.

Lee even swore an oath, saying that if he ever gambled again, he would get struck by lightning.

That was when Comedy Night was at its peak, but it was also during this period that Lee lost the most.

His business had folded, his hard-earned money gone.

Lee described himself as "devastated" then.

When he couldn't concentrate on the set and got berated by Neo, Lee only ignored him.

In addition, the gambling addict repeatedly disregarded advice from the people around him.

The more Lee lost, the more guilty he felt.

The more guilty he felt, the more he gambled.

It was a vicious cycle.

Lee did not dare to tell his family how bad things had become.

But the worst was yet to come.

As Lee continued to struggle, he lost all sense of reason.

Afraid of getting caught, he started shunning his loved ones and his responsibilities.

As he entered the last and most severe stage of his gambling addiction, Lee said that everything was hopeless, and he lost even himself.

He added that throughout his gambling history, the ones who suffered the most were his loved ones.

After seeing how disappointed and hurt his then-girlfriend was, Lee was weighed down by guilt, and felt like an utter let-down.

It was at that moment that he set his heart on it: He would quit his addiction.

He did not want to continue hurting his loved ones, and had almost destroyed his career.

He also started tearing in the video while recounting his emotions. 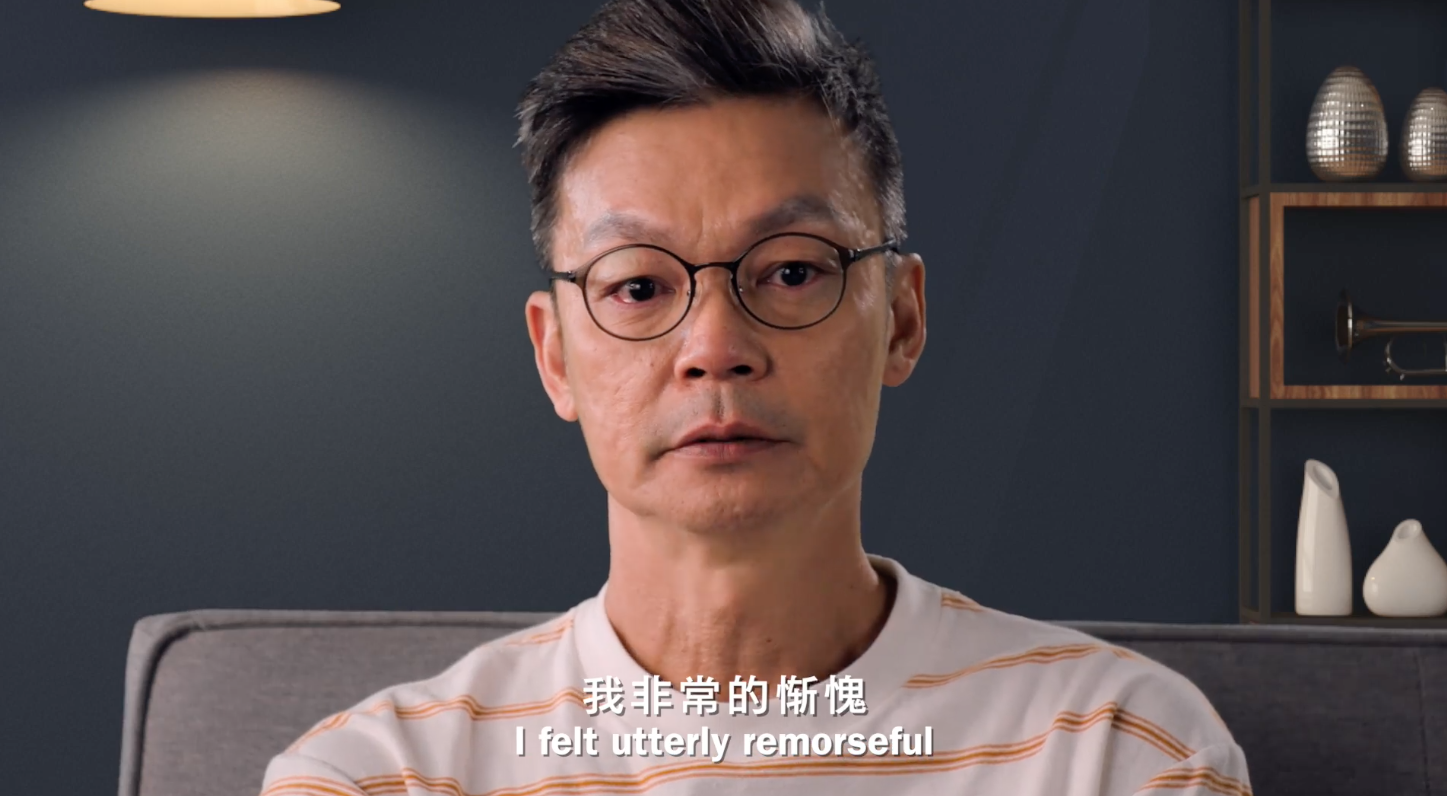 The path of greed

At the end of the video, Lee warns other businessmen of greed, and explained that winnings from gambling are vastly different from a proper income.

It was greed that led him down the path of addiction so quickly, and within two years, he had lost everything, including himself.

Gamblers often do not know how severe their addiction is, which makes it all the more dangerous, as they are unable to seek help when they need it.

Lee hopes that by sharing his story, he can help others identify their addiction and break free of it.

He adds that there is hope, even in the last stage.