The second sentence can be loosely and as palatably as possible translated as:

"Ahnei your mother ('di' is slang for woman/girl, and 'da' would be used if he was referring to a guy) bloody  pumpkin vagina."

Attached to the tweet was a screenshot of a Facebook story belonging to a Singapore woman who added a location tag saying she was in the Indian city of Mumbai.

In the story, which showed a picture of a spread of Indian food, she added the caption:

"A Chinese girl that loves ahneiii food so much (food only ah)."

Usually spelt as "anneh", it is the Tamil word for "older brother".

However, it is also known to be a derogatory term and, over time, has evolved into the racist slur "Ah Pu Neh Neh".

"But my Best Friend all Indians"

As a follow-up, Ganesh appears to have sent the girl a private message on Facebook informing her that it is not cool to refer to Indians as "ahneii".

The woman then said that Ganesh had "a point", and then said she took the story down — not before she spoke in her own defence, though, pointing out that her best friends are "all Indians".

Ganesh's tweet has gained more than 1,000 likes and retweets.

The online reactions to it have been polarising, with some angered by the woman's now-removed post, branding her a racist. 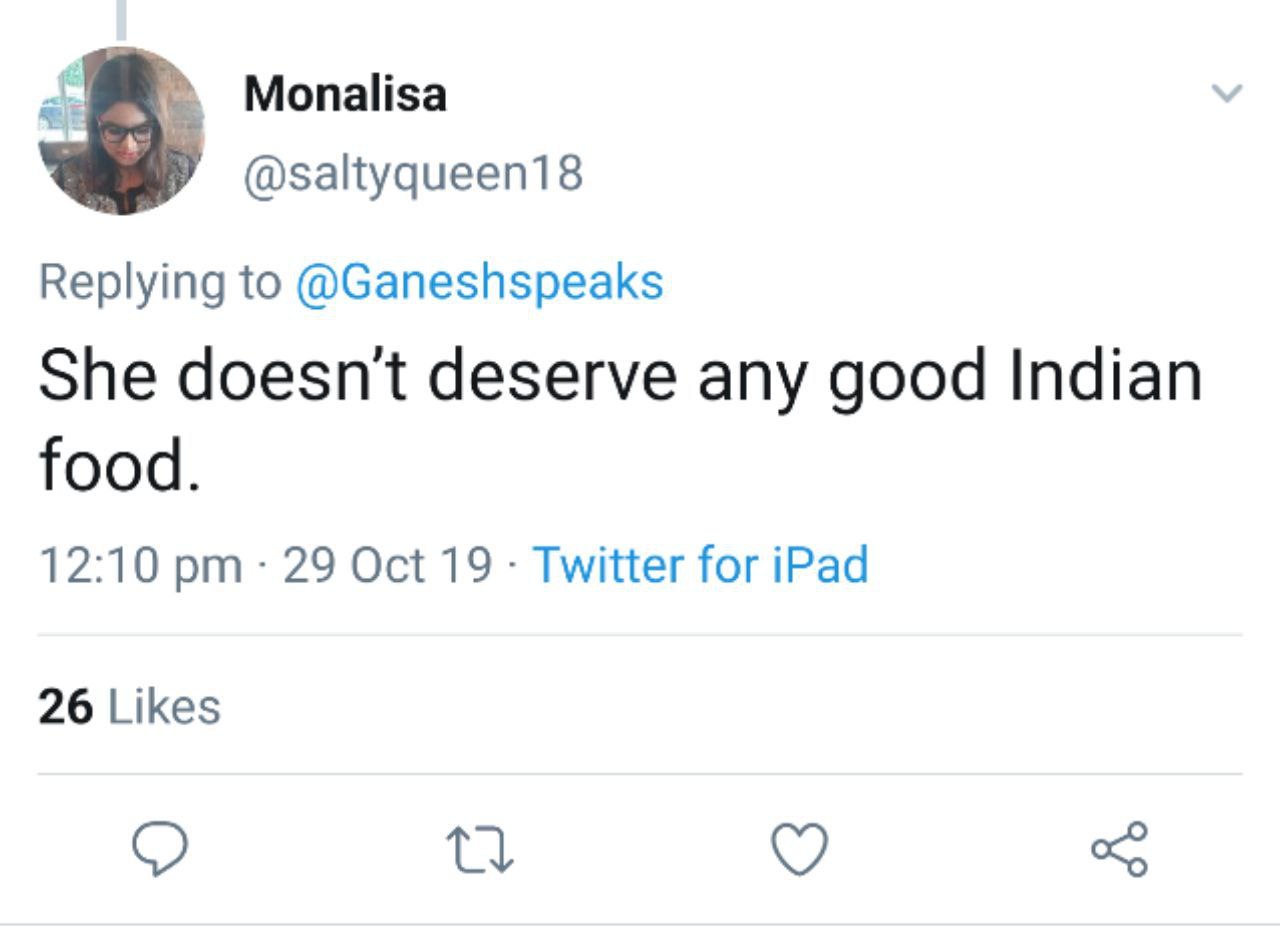 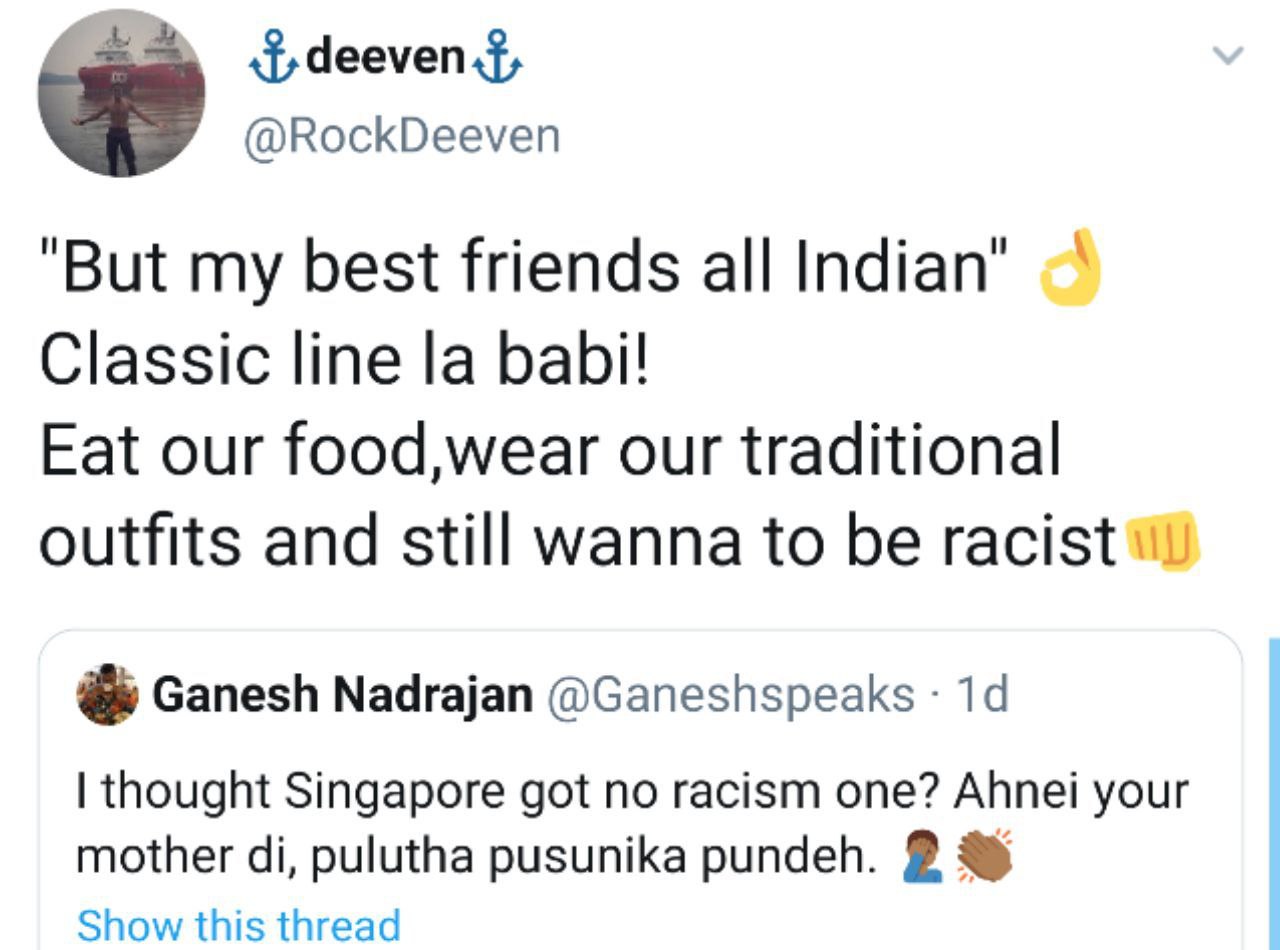 On the other hand, others opined that it wasn't right for Ganesh to shame her publicly even though what she did was wrong, 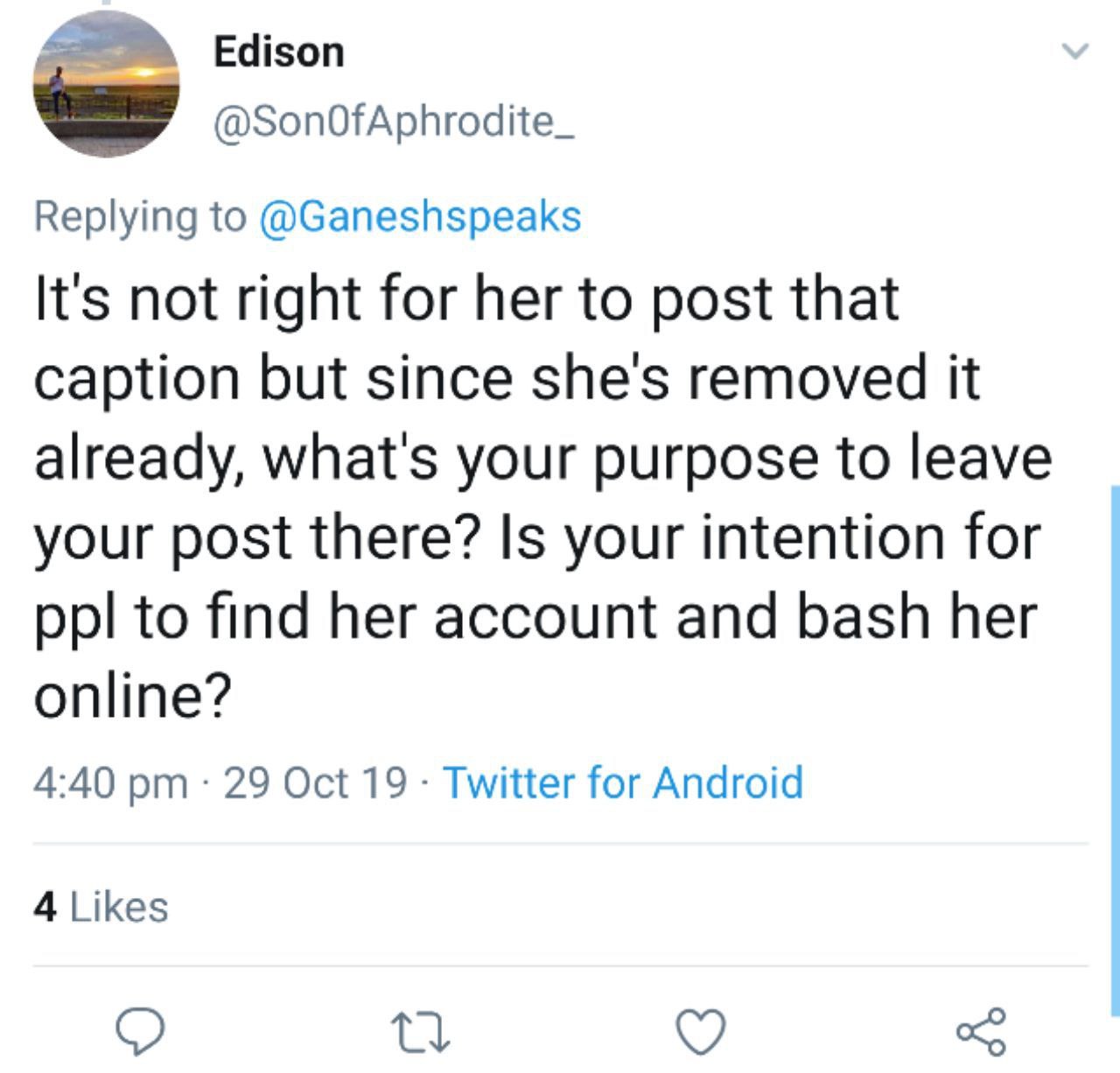