Instagram is known for influencers, occasional memes and, of course, fun filters.

One filter called "Sasha Dog", in particular has taken Instagram by storm. 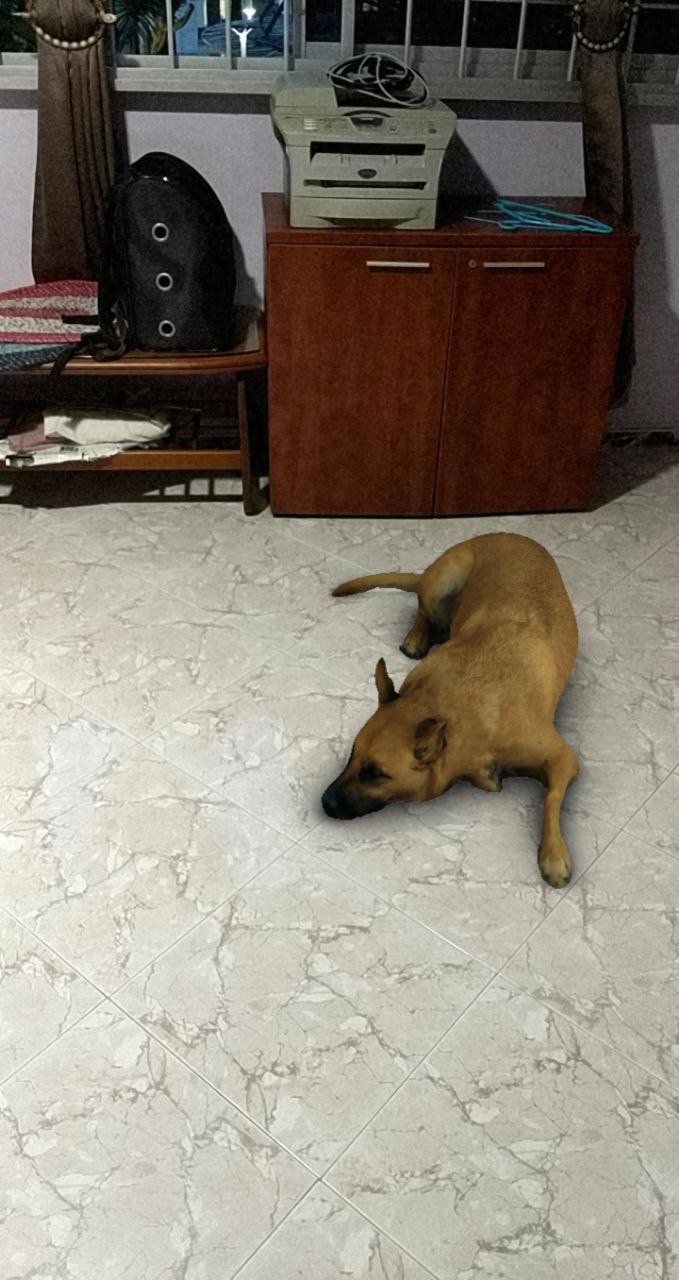 The filter has been proven to be a lot of fun to some people because you can use it to capture skits like this.

This surprisingly realistic filter has sparked bouts of pranking amongst Singaporeans.

The prank essentially involves a photo of the filter being used in the users home or corridor.

The image is then sent to the users' parents to invoke humorous reactions.

sent the fake dog picture to my mom and she was too afraid to come home 🥺🤟🏽 pic.twitter.com/SkCBYWfAll

Here's a translation of the video:

Son: It's a fake picture, mother.

Mother: You're so rude! I was shivering going up here. Your father also left me there. You're really very rude!

But some of the reactions have been rather undesirable.

At least two prank victims have apparently resorted to calling the police, thinking the dogs were real.

Twitter user @ahdraa first sent the following photo to her mother, saying that there's a dog outside their house.

As a follow-up, she told her mother that the dog has entered her house and sent her this photo:

While in a state of panic, her mother sent her the following voice notes.

This was what she said:

In the end, @ahdraa bamboozled herself and immediately told her mother that it was a prank.

Her mother then told her to "answer for herself when they (police) come".

It's not clear whether the police ended up going to her house.

Another Twitter user, @chmpagneqissy had a more unfortunate experience.

We will let these screenshots do the talking.

@chmpagneqissy: There's a dog outside our house.

Mother: Are you for real?

@chmpagneqissy: Coco (family's pet) is under the sofa.

Mother: The police will come later.

@chmpagneqissy: I WAS JUST PLAYING.

Mother: Answer for yourself.

Mother: The police will come.

Mother: Open the door. You think this is fun?

And the police apparently did come to @chmpagneqissy's house to check if there really was a dog situation.

We have reached out to the police for a statement.

The dog in the filter may not be real, but just in case you find yourself in a situation where a dog has entered your house, try not to call the police.

Instead, reach out to animal welfare groups like the Society for the Prevention of Cruelty to Animals Singapore (SPCA) or SOSD Singapore.