Gardening is a pretty common hobby, particularly among retirees.

One adorable grandfather residing in the United States though, was especially proud of his 2019 harvest.

Showing off the fruits of his harvest

Wike commented on how her gong gong (Chinese for maternal grandfather), was "super proud" of the winter melons he had grown in his garden.

In the images, the 89-year-old can be seen happily posing with his haul of melons, with a bright smile on his face.

And he has every reason to show off—the melons, as you can see, are pretty huge.

Wike stated that he even used the family's pet corgi, Edmund, for scale.

Wike shared with Nextshark that whenever her grandfather wanted a picture with his melons, he would ask Wike's uncle to bring the dog over.

Likes to give away his harvests

The post featuring Wike's grandfather has since gone quite viral, garnering over 24,000 likes and 2,700 comments. 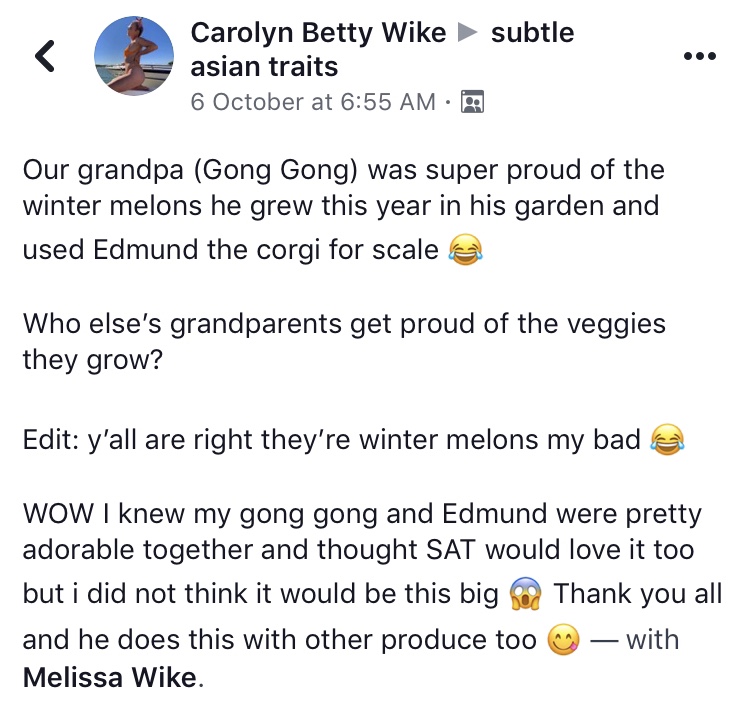 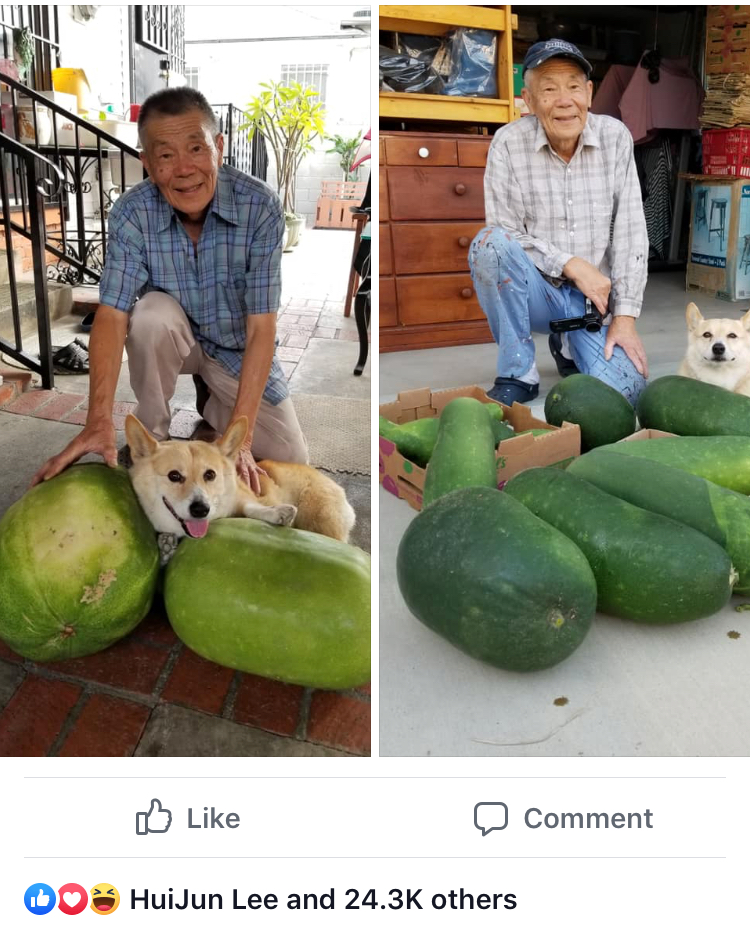 She told Nextshark that her grandfather was born in Taishan in the Guangdong province of China, and had moved to the United States in 1947.

The elderly man reportedly enjoys gardening with his wife in their home in Los Angeles.

Aside from winter melons, Wike's grandfather grows bitter melons, fruits and other vegetables, and has been doing so for the past 50 years.

Wike added that her grandfather was always "very proud of his garden", and would frequently invite neighbours over for a tour. He would also give away the fruits and veggies to neighbours and friends.

Hopefully his harvest will always be bountiful.