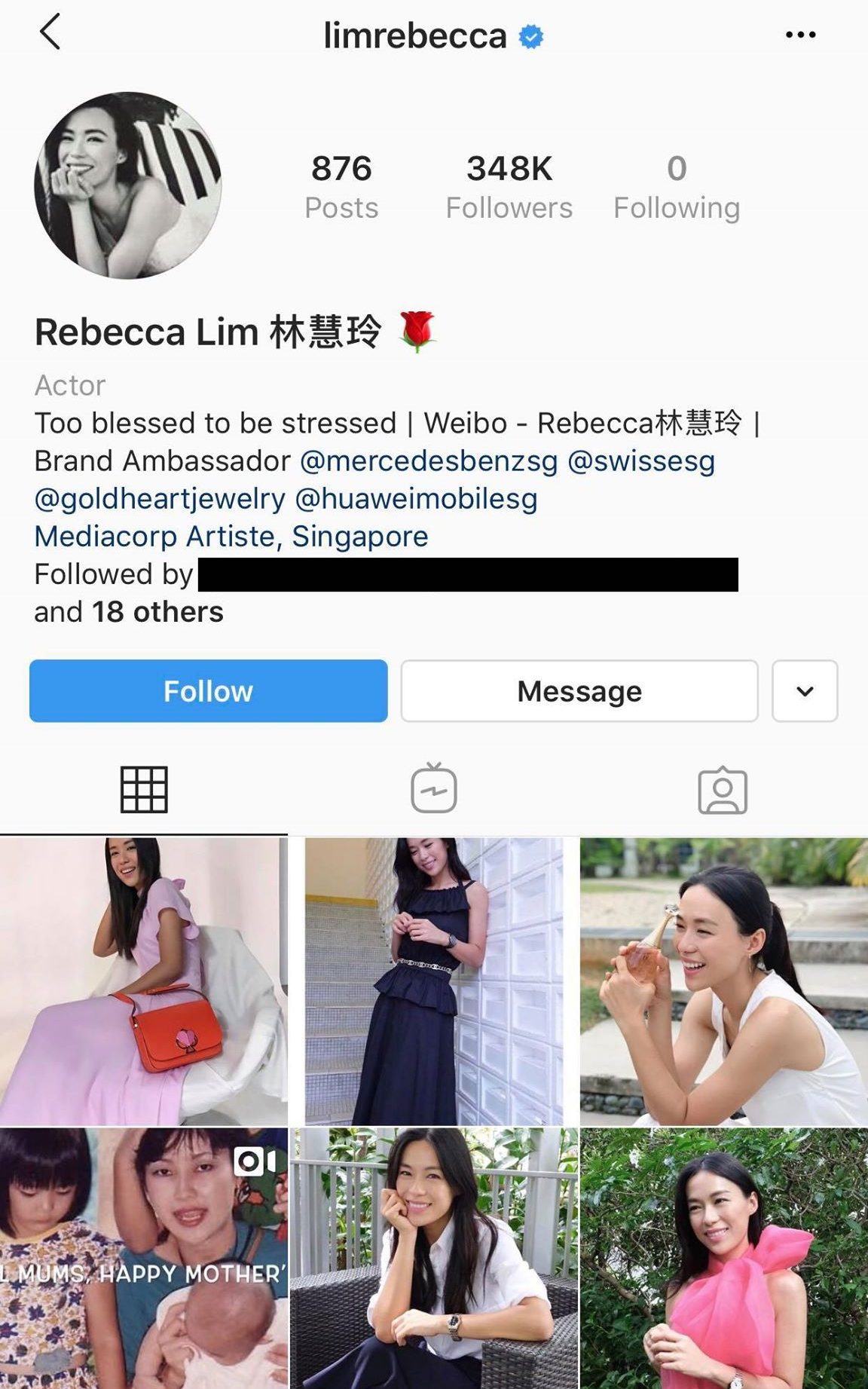 According to social media tracking site Social Blade, Lim had been following 242 people right before the purge on May 8:

It is not clear what led to the unfollowing -- but a fresh sexting leak involving her rumoured beau and another actress has emerged.

In the past couple of years, Lim was rumoured to have been dating fellow actor Ian Fang, who is three years younger.

However, Fang is currently in the spotlight for leaked Instagram messages with another local actress Carrie Wong

The two have apologised for their flirty/ explicit texts.

Nonetheless, Lim remains active on Instagram even after unfollowing everyone.

Besides several ads -- paid work that was probably scheduled for uploading beforehand -- Lim has also uploaded a photo of herself on May 13, saying: "New week, new goals".

Her most recent post, an ad for Kate Spade, was uploaded several hours after the sexting revelation.