Local stars Carrie Wong and Ian Fang are in the spotlight -- this time for a series of explicit texts.

Here are the translated portions: 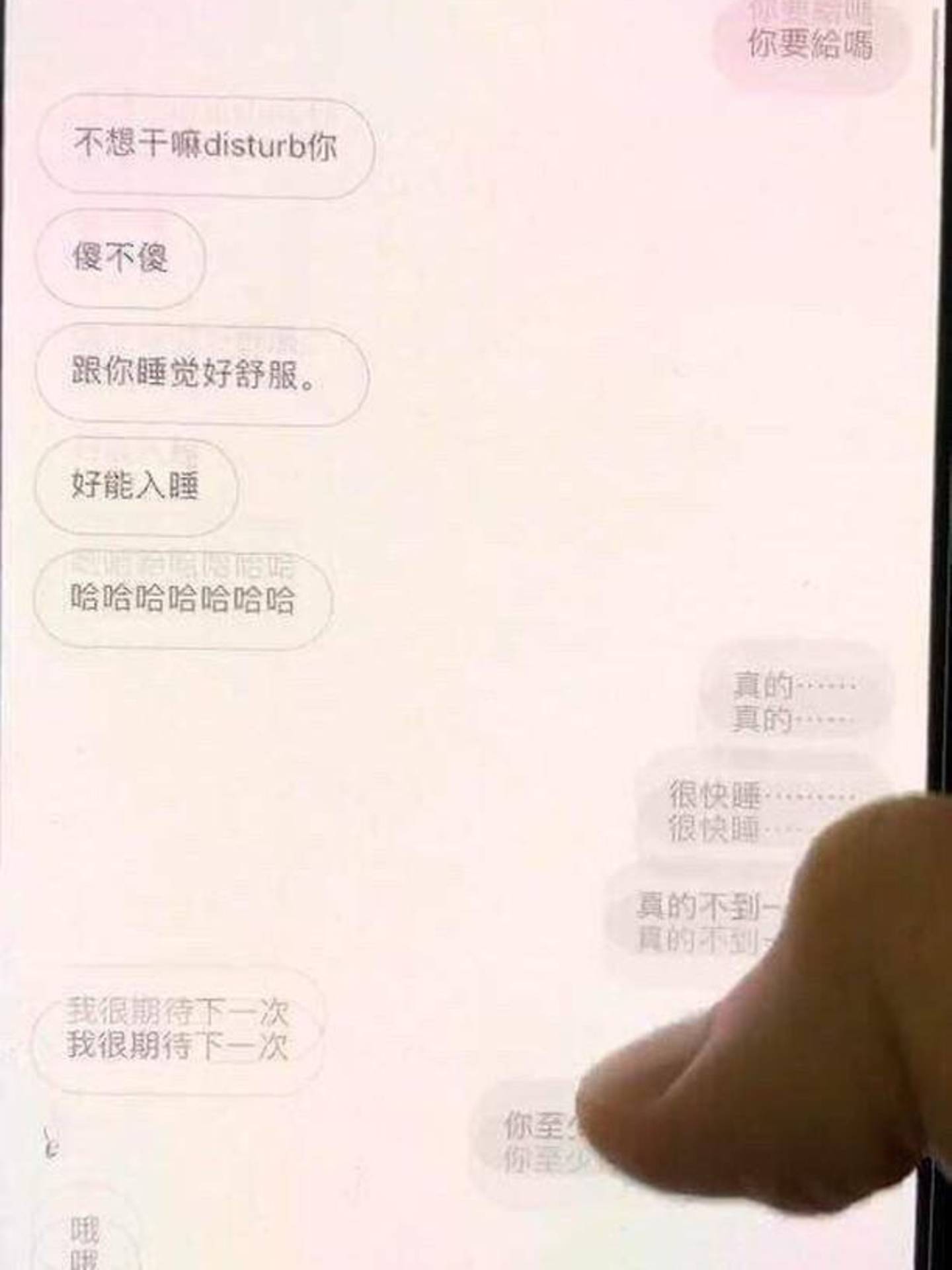 Carrie: “Are you going to give it?”

Ian: “If I didn’t want anything I wouldn’t disturb you.”

Ian: “It’s so comfortable sleeping with you.”

Ian: “Can fall asleep so easily.”

Ian: “I’m looking forward to the next time.”

Carrie: “You can at least… (unclear)” 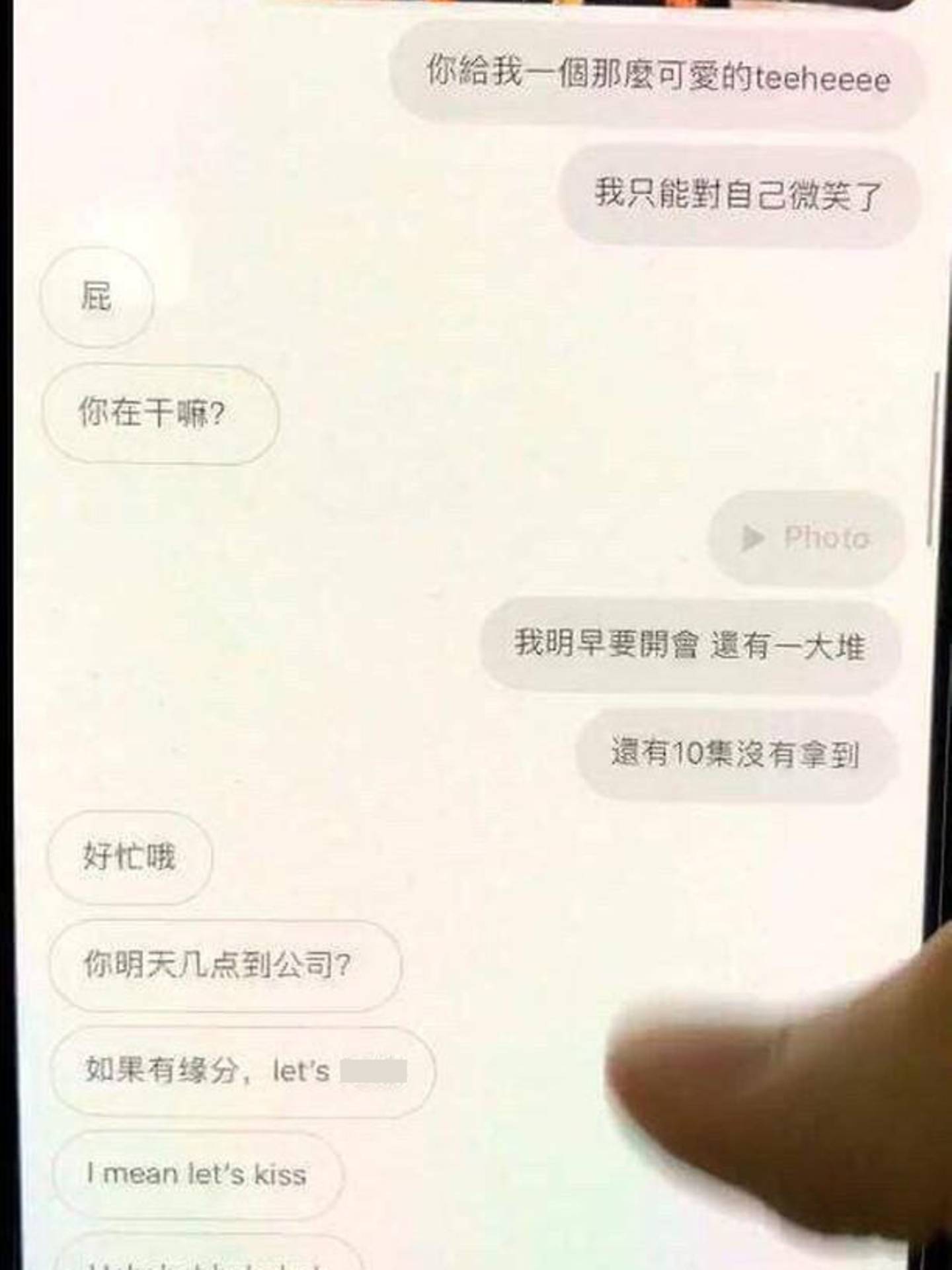 Ian: “What are you doing now?”

Carrie: “I’ve got a meeting tomorrow, and a lot of other stuff.”

Carrie: “I still haven’t received [the scripts] for 10 episodes.”

Ian: “What time will you reach the office tomorrow?” Carrie: “In what way do you mean?”

Carrie: “I can bear with it spiritually haha.”

Carrie: “I’ve had to bear with it for so many years.”

Ian: “What about physically?”

Ian: “I'll at most plant strawberries.” (Taiwanese slang for ‘lovebites’)

Carrie: “If you cause me pain again, I will really bite you back.” 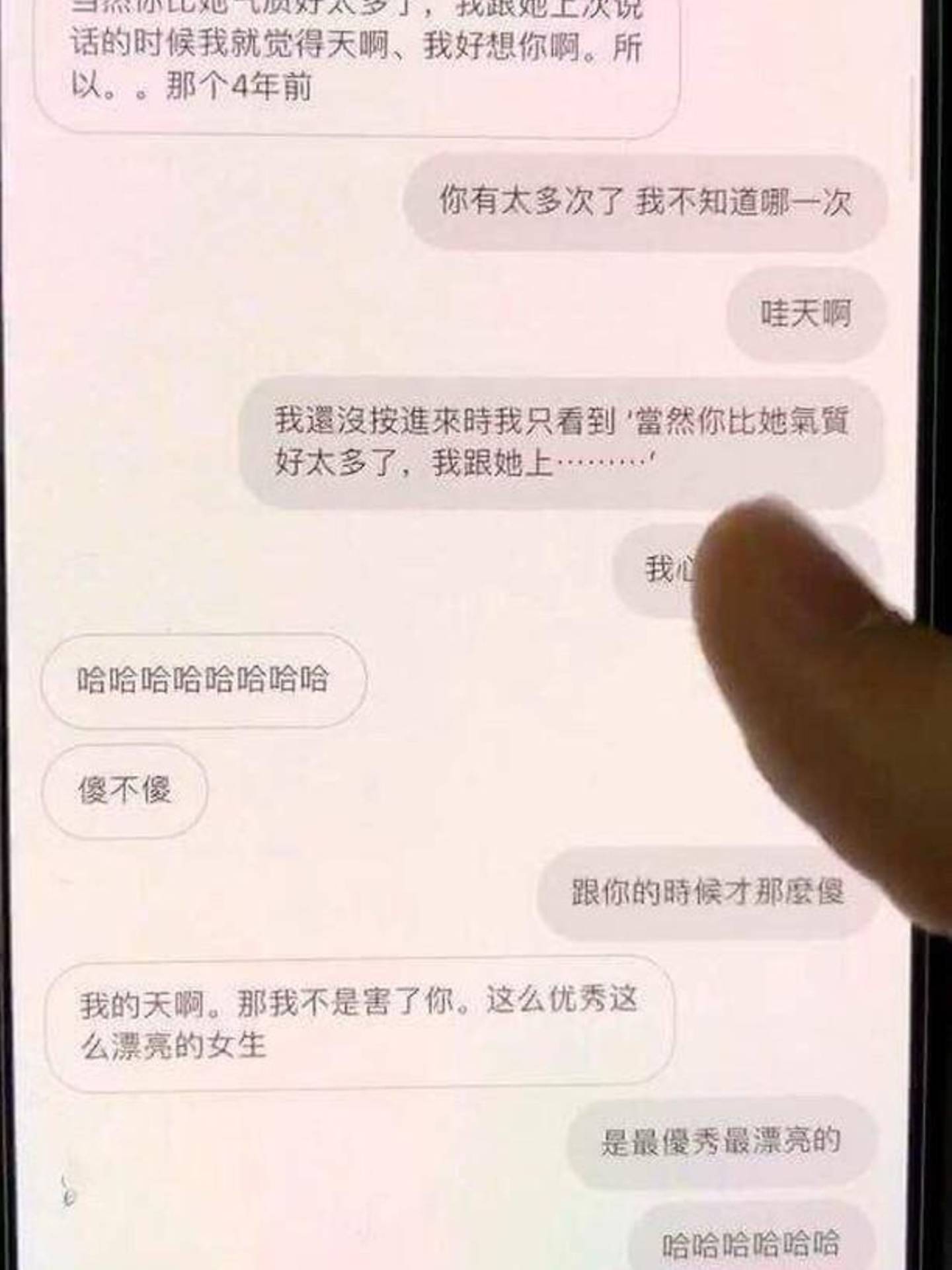 Ian: “Of course you have much better qualities than her. The last time I talked to her, I was thinking to myself how much I missed you. That's four years ago.”

Carrie: “You have so many times. I don’t know which time”

Carrie: "Omg. I haven't entered this screen and I saw 'Of course you have much better qualities than her. The last time...' (implying that Ian bedded that person)

Carrie: “I’m only stupid when I’m with you.”

Ian: “My god. Then it means I’m causing you harm. Such an outstanding, pretty girl.”

Carrie: “The most outstanding and the prettiest.”

Carrie: “Good that you know that.”

Both Fang and Wong also engaged in a little light flirting:

Ian: "What is this attitude!"

Ian: "Don't you care? You're so patronising."

Carrie: "Hahahah if it's someone else, I wouldn't be bothered."

Carrie: "Just for you only"

Here's a video of the chat that is circulating:

Both stars have issued public statements apologising for their actions. Fang admitted that his language used was "inappropriate" and that he felt bad for those reading the messages:

“With regard to a private conversation between me and my good friend Carrie Wong that’s been circulating online, I’m very shocked. For this, I want to apologise to everyone for my inappropriate behaviour. Carrie and I are such good friends that there is nothing we can’t say to each other. I admit that the language we used was vulgar and inappropriate and I apologise for that. I also feel bad for those who have read the messages. As a public figure, I will pay more attention to my actions in the future."

Meanwhile, Wong said that she deeply regretful for causing hurt, and thanked her boyfriend for his "trust":

“Ian and I have been good friends for many years, and we don’t put too much thought into what we say to each other. The indecent language we used in our private conversation has caused a lot of unnecessary worry and hurt to everyone, and I’m deeply regretful for causing that. I’ve been reflecting a lot on my actions after the incident and I take responsibility for my inappropriate language. I am also grateful to my boyfriend for his trust and I want to offer my deepest apologies to everyone.”

In response to this matter, Mediacorp's head of artiste management, Ivy Low, emphasised that she expects artistes to maintain their professionalism at all time as they are public figures. She also added that their actions and behaviours have to be appropriate at all times.

??
Maybe can try this the next time you catch a cold. You're welcome.