Back in the good old days of after-school leisure, you might remember making plans to meet up at the local LAN shop.

Alas, these plans were sometimes thwarted by the school uniform you invariably had on.

Going back home to change ran the risk of your parents forcing you to study to have a better future or whatever.

Other activities like playing soccer, or conversing, provided none of the dimly-lit, confusingly played out action that LAN shops had to offer.

Most of us mere mortals would end our gaming dreams at this unassailable hurdle.

But this boy is no mere mortal.

Thinking inside the box

Basically she witnessed this young boy, in the process of cardboard box puberty at Parklane Mall.

Here's a humorous picture of the shopping mall.

And it was at this establishment that Terenex spotted the aforementioned young man, asking for some cardboard boxes from nearby shops..

Here is a picture.

"I was going to dabao lunch with my colleagues at Parklane at around 12:45pm when we saw a kid in his school uniform trying to fit himself into two boxes. (funnily enough the box was angled right at his butt and said “Yeast bread”) "

A closer look at the box.

Now, Teresa realised that something was up.

Most schoolchildren do not wear cardboard boxes over their uniform like some brownish suit of armour.

"We were confused for a moment, then we saw him waddling towards a LAN shop and realised he was trying to get in. The box disguise was to hide the fact that he was wearing a school uniform! Super innovative. He even made a hole for his arm to go through."

She quickly put two and two together as the boy walked over to a nearby LAN shop using his newly minted disguise. 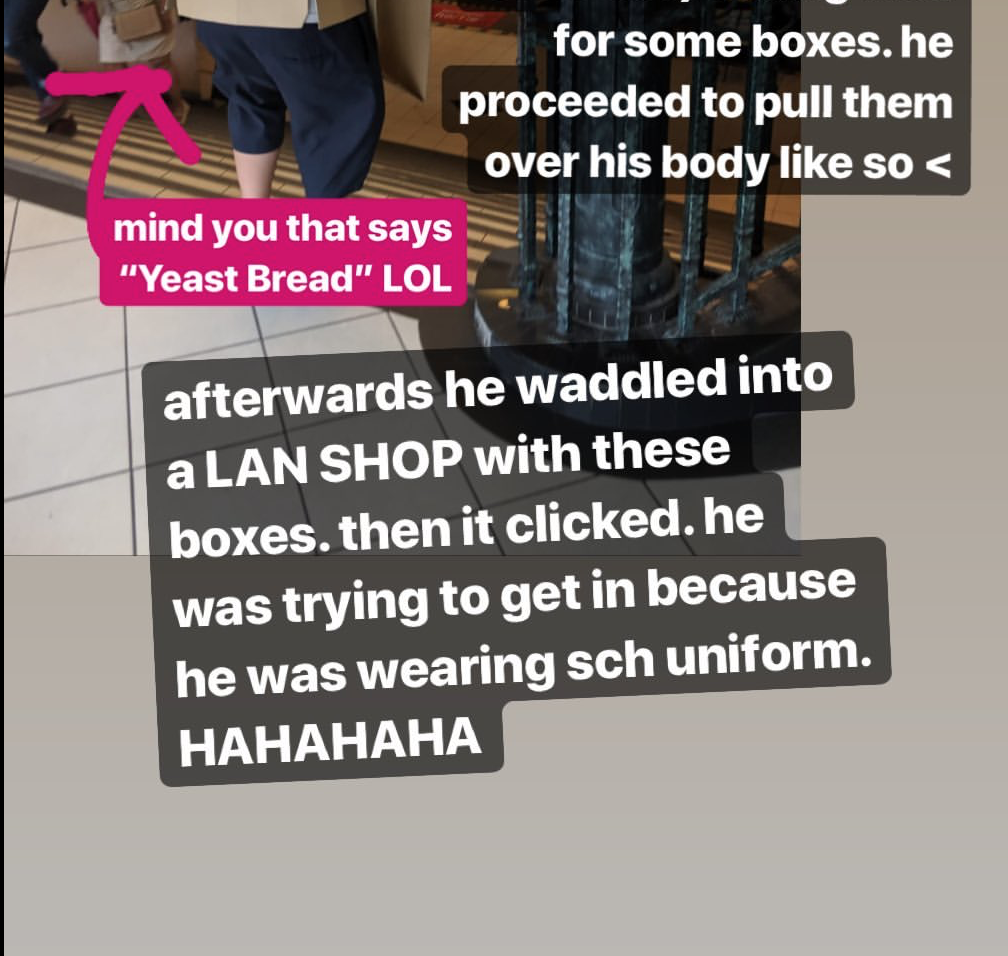 Unfortunately, she could not stay to watch the tale unfold, as she had to grab some lunch with her colleagues.

However when they made their way back from lunch, they were greeted with this sight.

Here's a closer look thanks to a Mothership reader, Joel, who was at the LAN shop the day it happened. 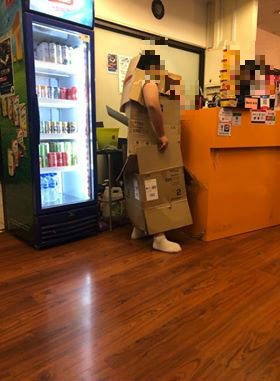 Teresa was not sure if he got in, or whether his ingenious trick worked.

"We had a good laugh and went up to dabao our food. Before we left, we thought to check on our box boy again to see if he was successful.

We caught him in the midst of waddling back into the shop...only this time there is a third box in sight, covering his pants. We saw him standing in the shop speaking to the shop keeper. We’re not sure if he was successful, but he was certainly an inspiring figure for us all for his relentless perseverance and creativity ?"

We might never know if his expertly-crafted cardboard box trickery bamboozled the adults in the LAN shop.

Maybe, maybe not, but one thing is for certain, when you face challenges, you do not lie there and take it, you rise above it. 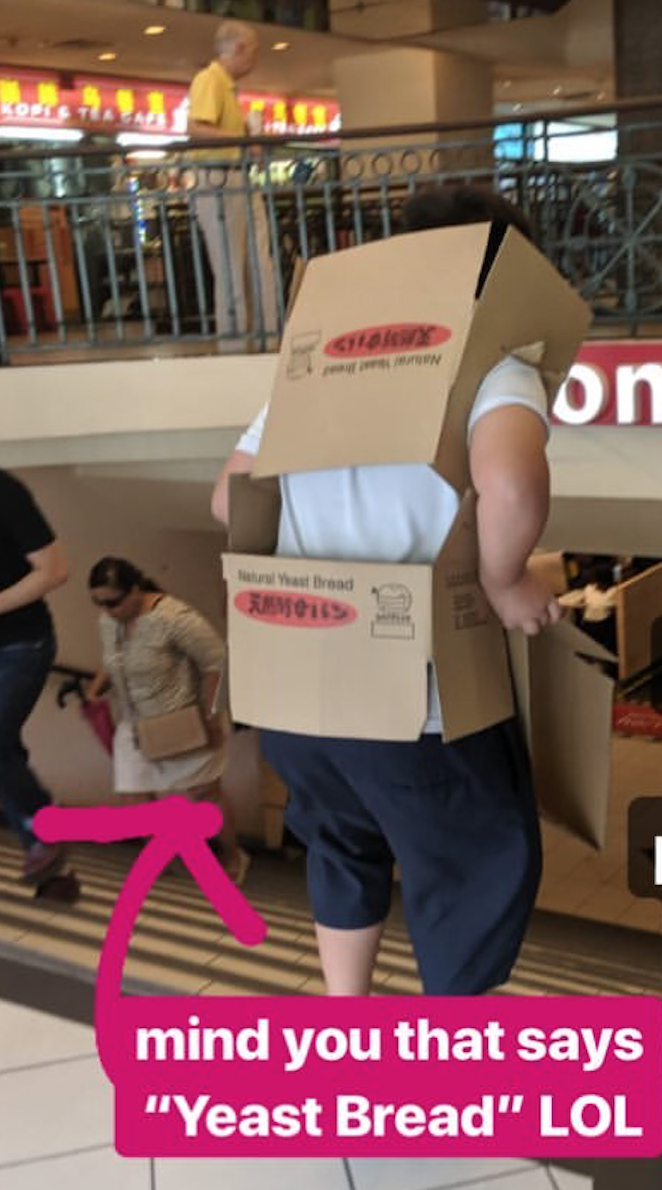 ?
What do you do when you're told that your days are numbered. And you are only in your twenties.

??
How to teach your mother to be the tech genius that she really is (so she doesn't keep pestering you with her 101 questions)