If you had a bad morning, especially while commuting on the MRT, this video might make you feel better.

While we might tend to keep to ourselves on public transport, these two clearly didn't get that outdated memo.

A young girl and a fellow commuter whiled away time watched clips of Tom & Jerry together while commuting on the train.

The incredibly adorable video went viral on Twitter garnering more than 20,000 likes and 12,000 retweets in a little over a day.

The man's daughter captured this precious moment and uploaded the video clip on Twitter on May 27, 2019.

In the video, the man held the phone while the girl watched the cartoon intently, breaking out in giggles sporadically.

The girl enjoyed herself so much that she grinned widely at the man, even saying "No" to her mother who was sitting beside her.

Who perhaps wanted the girl to leave the man alone.

The daughter shared with Mothership.sg that her father was trying to calm the restless baby down:

"The little baby girl and her mother boarded the train and took a seat next to my dad. the baby was very energetic and she seemed restless. So then my dad decided to play some cartoons on his phone for her to watch. He figured she’d calm down if she was entertained by something. The baby’s mother was also very nice. She seemed really glad that we were playing with her baby."

Clearly, neither of them seemed to mind though, and an incredibly adorable video was born. 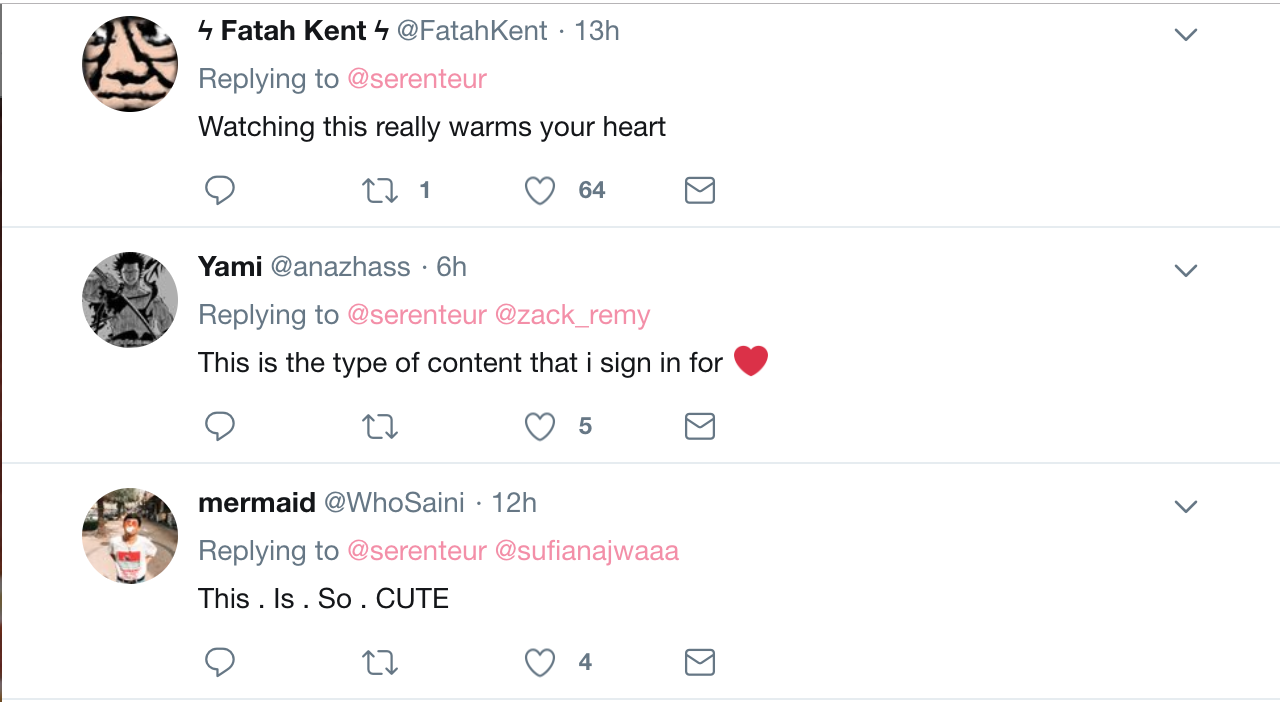 Editor's note: We have clarified on the gender of the toddler who was mistaken as a boy previously.

Top photo collage from screenshot of video by @serenteur

Maybe can steam fish with this and make gr8 ginger recipes.

What do you do when you're told that your days are numbered. And you are only in your twenties.

Hit (on) your friends at a human whack-a-mole here.