One man's meat is another man's poison.

But in jungle survival training, anything that is remotely meat is edible.

A couple of caption-worthy photos by the United States Marine Corps (USMC) showing their troops learning a thing or two about surviving the tropical climate and terrain in Singapore were uploaded on April 24:

Besides the usual fire-starting and building of A-frame photos, the US military personnel were treated to good old tropical durian and jackfruit -- delicacies for locals, but probably less so for foreigners not used to pungent flavours. 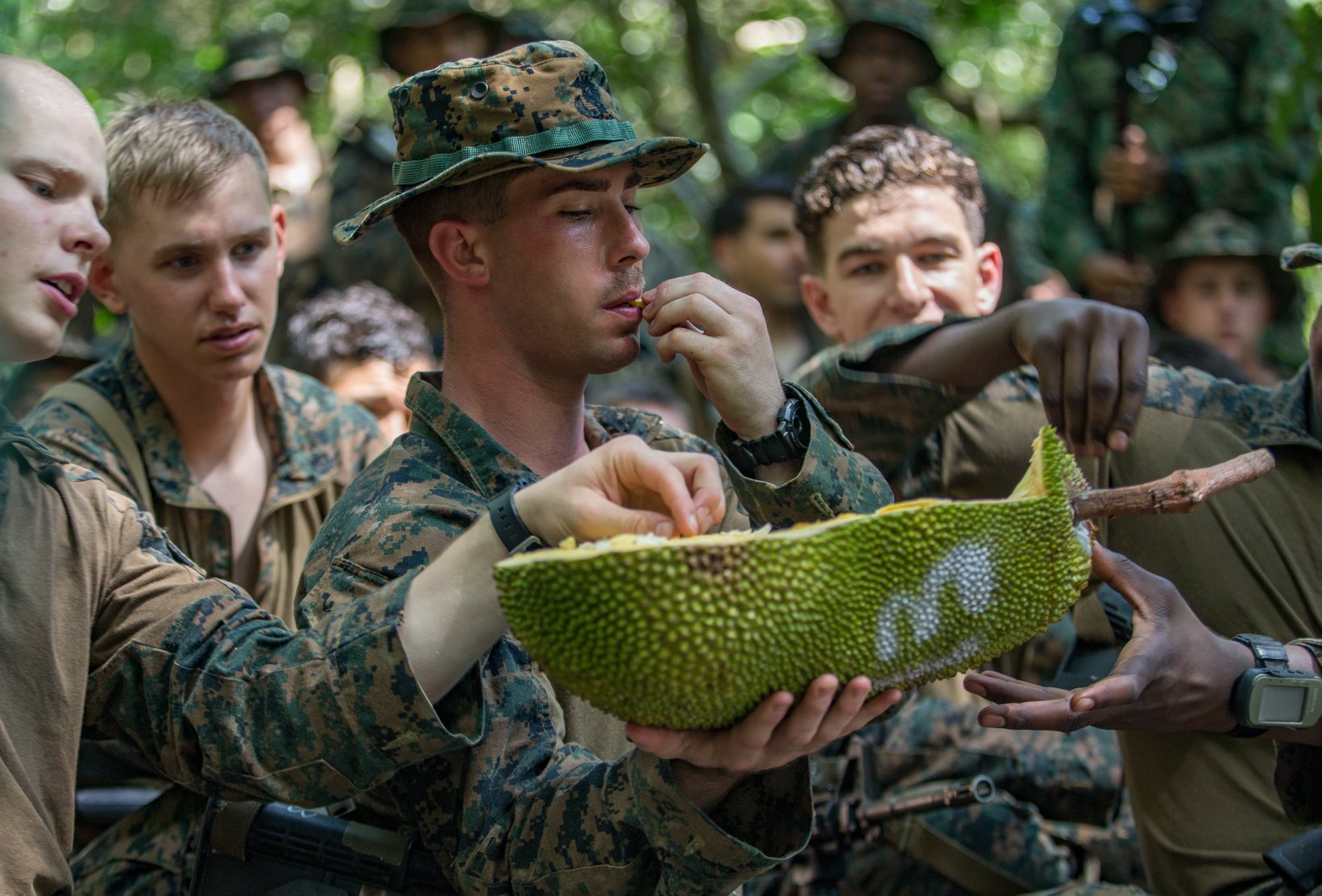 As mentioned in the Facebook post caption, the US marines are in Singapore for two weeks to participate in Valiant Mark 2019.

Some 900 soldiers from the Singapore Armed Forces (SAF) and the US Marine Corps are taking part in this annual bilateral exercise that is held from April 11 to 29, 2019.

A United States Embassy statement on Monday, April 22 said the exercise was designed to "enhance inter-operability, build defence capability, and strengthen military-to-military relationships" between the US Marine Corps and SAF.

Mindef said the exercise, launched in 1991, "underscores the excellent and longstanding bilateral defence relations between Singapore and the US".

This year's exercise is the 23rd time it was held.

Some of the exercises include live-firing, jungle training and urban operations training.

US marines were integrated with Singapore troops, and vice versa.

Full-time National Servicemen (NSFs) from Singapore are also part of the exercise.

One area the American forces had to contend with was Singapore's heat and humidity -- something they were not used to besides the jungle environment.

As a result, the US military personnel had to acclimatise to conditions here and to keep hydrated constantly.

Exercise Valiant Mark culminated in a two-day battalion heliborne mission that concluded on Wednesday, April 24 -- which involved joint planning and a deliberate assault.

It was held at Murai Urban Training Facility.

??
If "dabao"-ing food is a habit for you, here's why you should think about bringing your own container.

??
These celebrities did not sleep for 60 hours. Just because they FOMO.

??
They probably wouldn't mask the smell of a rude dude's fart, but these instagrammable train carriages are definitely a breath of fresh air.

???
Should calories go to your waist or your waste? (The right answer is "neither")