Netflix is launching their new original documentary featuring street food across Asia but not everyone is happy about it.

It's a pretty good mix but netizens from Malaysia aren't pleased at being excluded from this season.

They took to Twitter to voice their disapproval because, evidently, no place does street food better than Malaysia.

Some even decried the decision to include Singaporean street food when it is "abysmal" compared to the quality and variety up north. 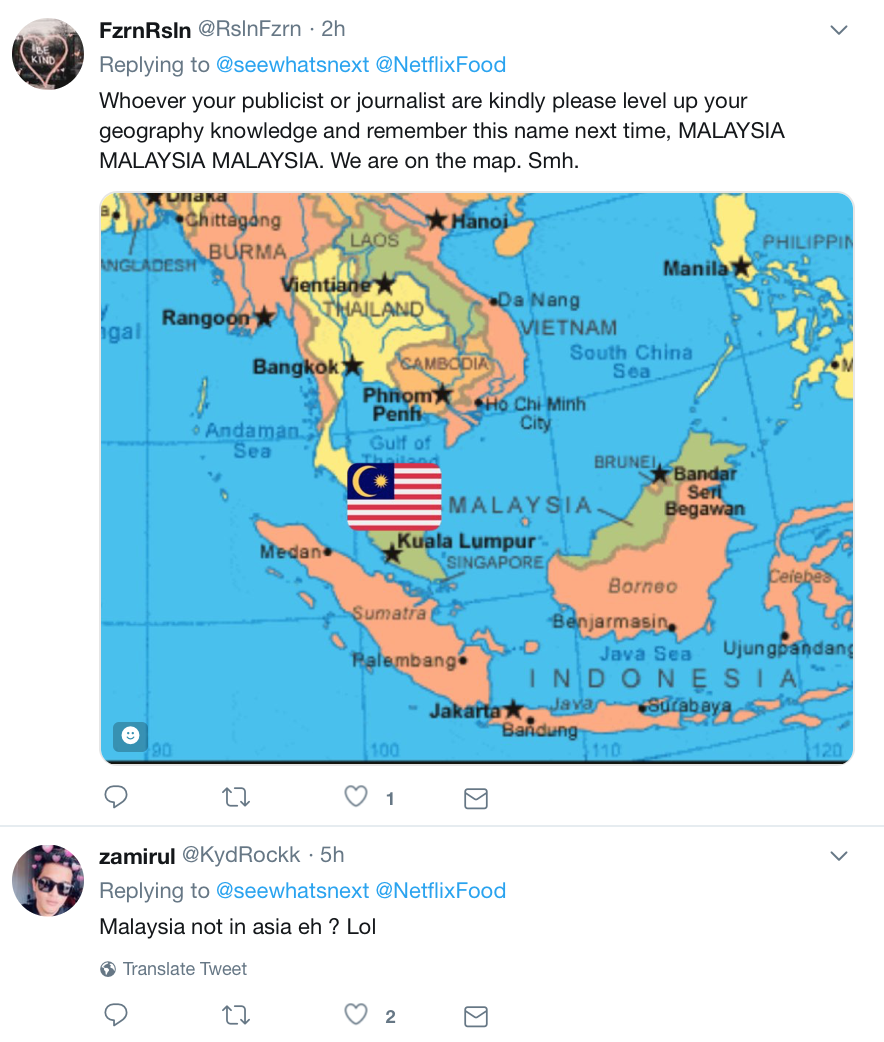 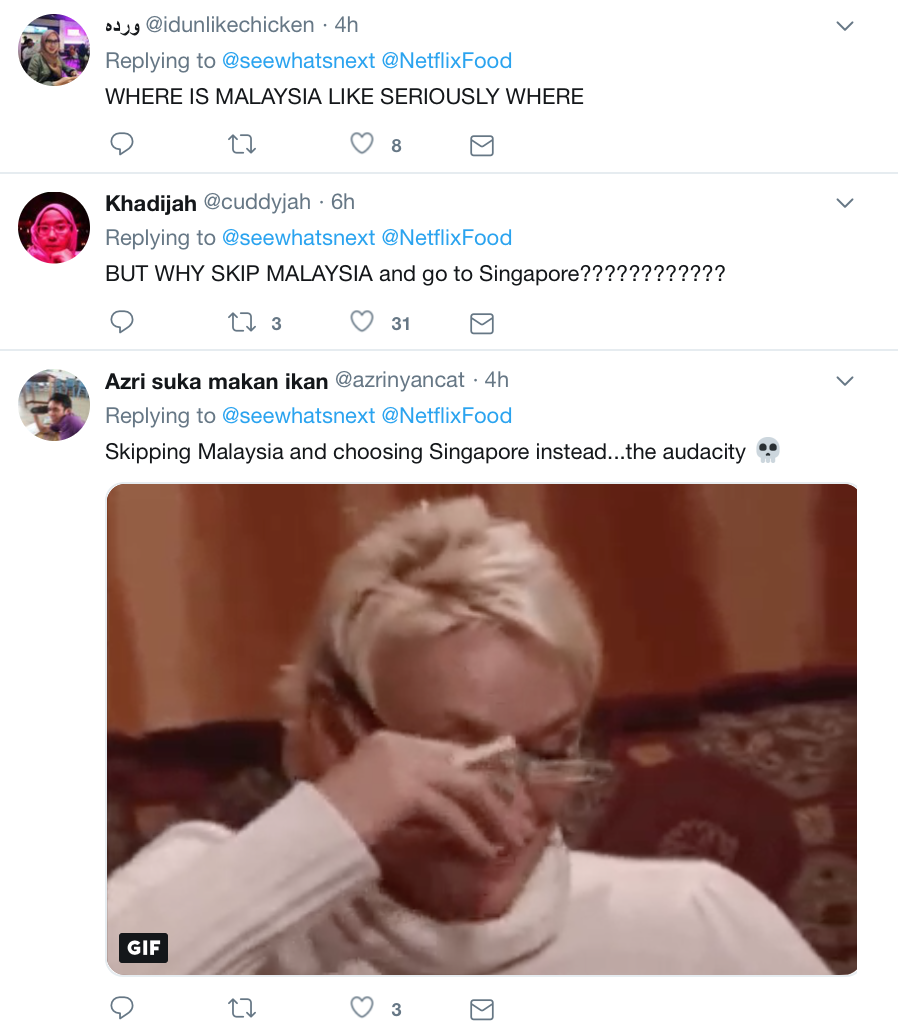 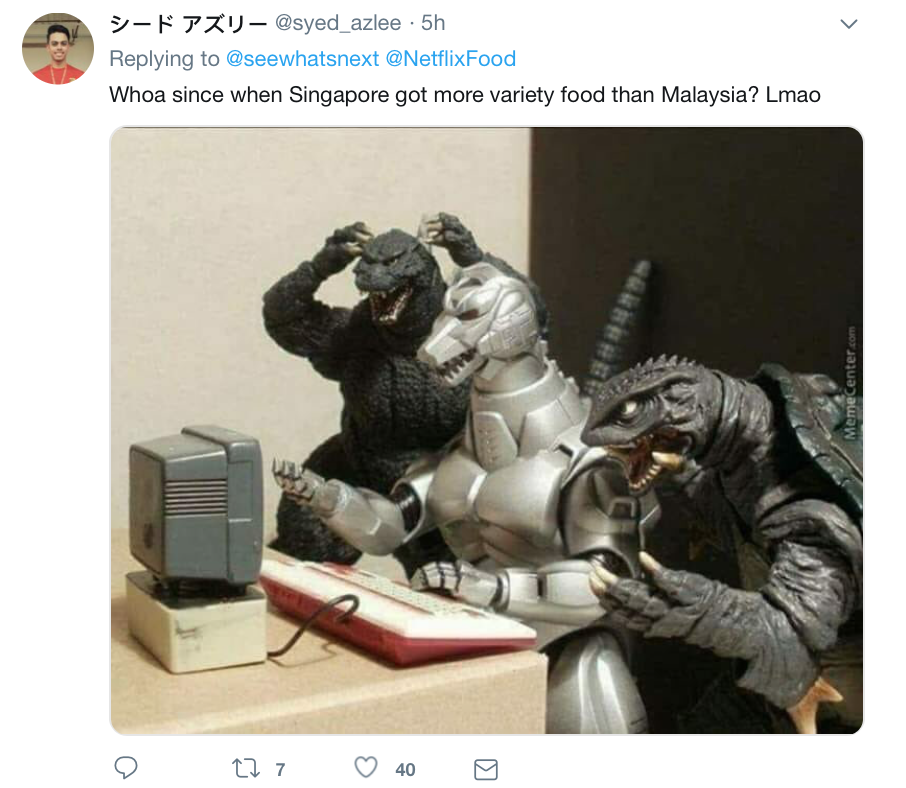 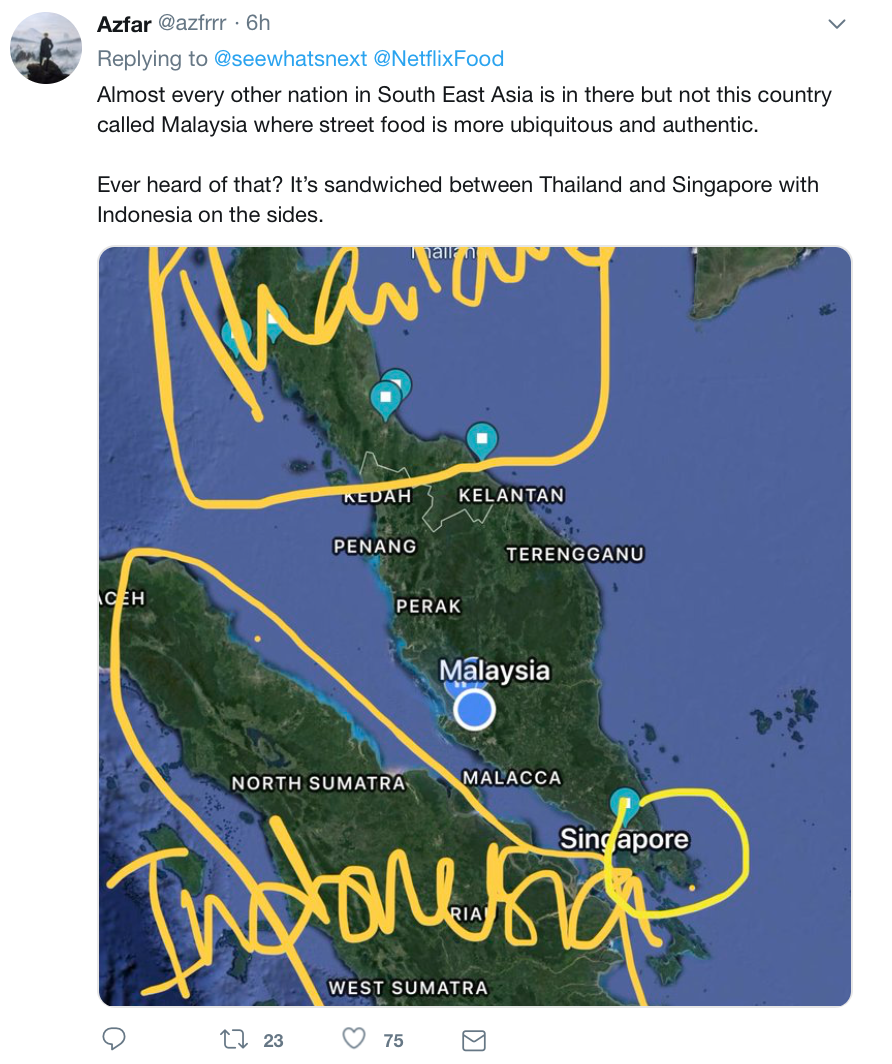 It is unsure why Netflix chose the cities it did.

In response to Mothership's queries, the media agency representing Netflix said they cannot confirm if Malaysia will be in the second season of Street Food Asia, if there even is one.

That aside, in case you're wondering what will be featured in the Singapore episode, here is its synopsis:

Singapore is a hyper-modern city with a rich diversity of ethnic groups that have created a street food culture unlike any other place in the world.

Putu Piring is a steamed rice cake filled with palm sugar and adorned with a sliver of pandan leaf. Aisha Hashim left her family’s Putu Piring shop for America to pursue her dream of becoming a pastry chef, but when her parent’s shop ran into trouble she came home to help them and realized she had a bigger mission.

Master Tang learned to make his famous Wanton Noodles as an orphan after WWII, and he’s been doing it ever since. At 85 years old, he has no intention of stopping any time soon.

KEK Seafood makes some of the best Chilli Crab in Singapore but it took many years before the patriarch of the family was willing to hand over his wok to his kids.

Chicken Rice is the comfort food of Singaporeans uniting people across religion, class and ethnicity and Niven Long’s version at Sin Kee Chicken Rice is one of the most beloved in the city.

Let's hope our neighbours from Cambodia, Laos, Myanmar and Brunei can appreciate the show for its cultural diversity, even though they're not in it.