Here is a Singapore favourite.

At least according to a rather verbose opening paragraph in a National Geographic article.

The rather verbose part

Here is the paragraph in question.

"Here’s what my breakfast in Singapore looked like: sticky, slime-colored coconut custard jam slathered over a thin crisp of toasted brown bread, served with a side of two eggs so undercooked that their whites retained the clarity of newly dead fish eyes. Alongside, a small cup of coffee with an oleaginous blackness that rejected the advances of condensed milk. It was not love at first sight."

Some of you may need a cup of coffee with an oleaginous blackness that rejects the advances of condensed milk after reading that paragraph.

Here are some responses to the description: 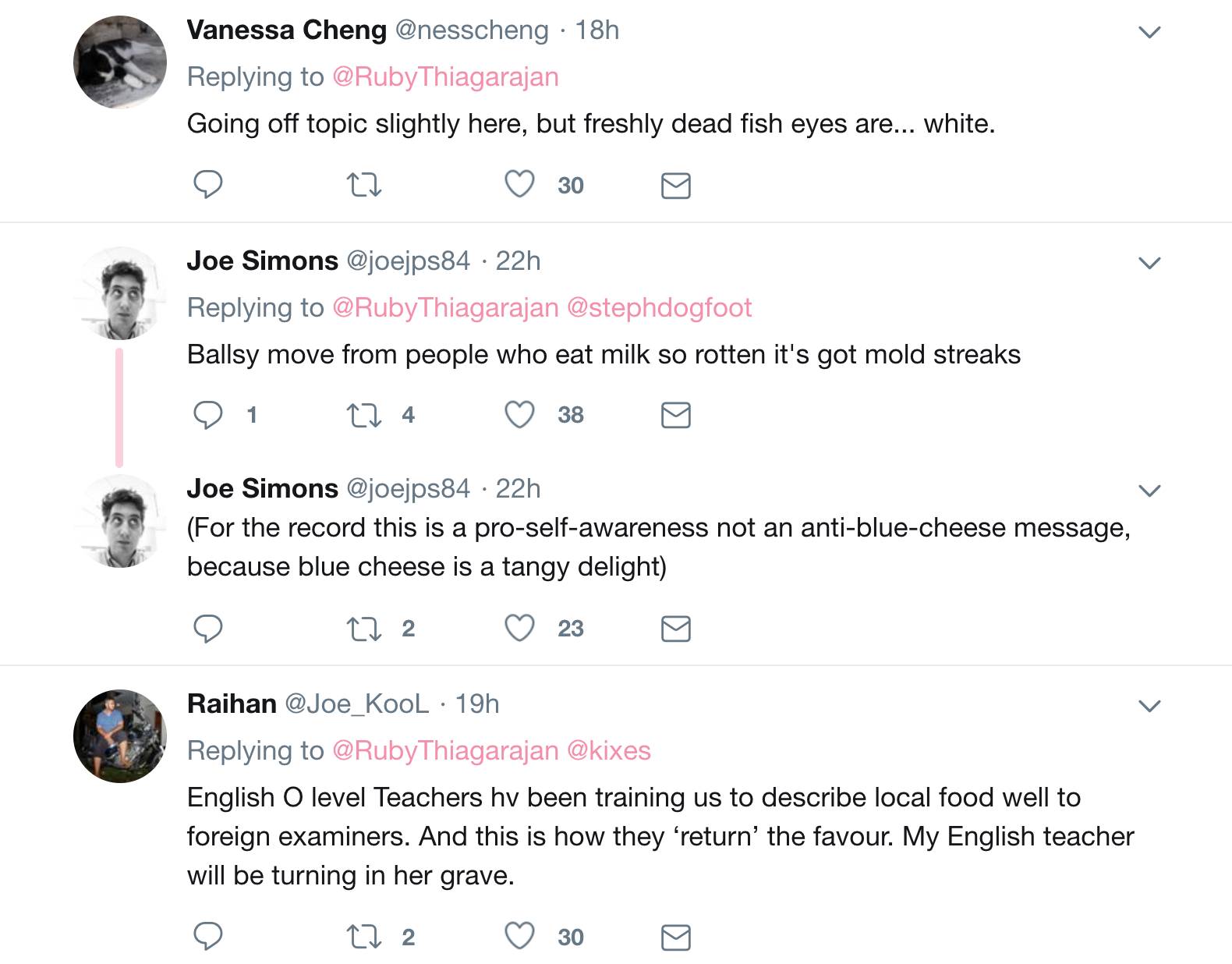 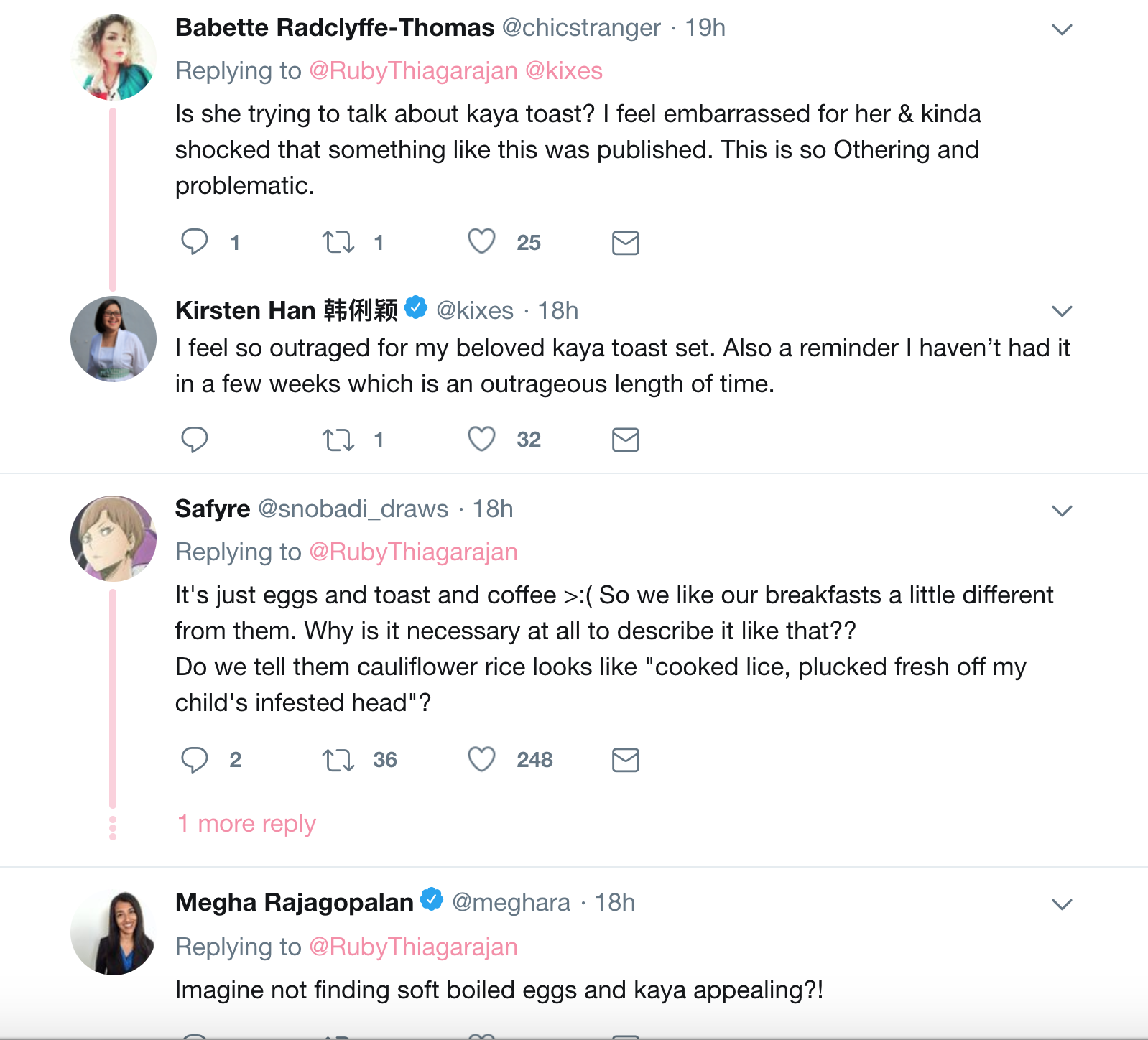 Taking issue with the opening paragraph

But like Ruby mentioned, the article itself was rather complimentary.

In it, issues of old kopitiams becoming scarcer and differences in kaya toast from different sides of the causeway are written with quite a deft touch.

The writer even recommended some really good places to get delicious kaya toast.

The problem Ruby has with the opening paragraph, though, is quite salient.

Because in a way, to cast binaries on what food is considered 'normal' and 'not that normal' can be really problematic.

In other words, not everything is oleaginous black and white.