There was a picture of a couple pushing a pram with kids in tow waiting outside a completely full lift that was posted online recently.

The picture was apparently taken at an MRT.

One of the people who shared it gave her take on the picture.

Basically, Nuru disagreed with the concept of letting parents, or people, with prams and kids, in first.

Rather she advocated for a first come, first enter approach.

Her initial comment didn't appear to garner much controversy. However, after Facebook user Sue Strange uploaded the comment as a standalone post, it quickly gained traction, garnering over 1,300 shares in less than a day.

Her caption "So inhuman" might have something to do with it.

Many were angry at what they perceived to be a lack of empathy on Nuru's part.

Although some were a bit perplexed at the sheer number of upstanding citizens.

Other rather harsh comments questioning or downright insulting Nuru were also posted, mostly slamming what they perceived to be a lack of empathy on Nuru's part.

Nuru herself then responded to the post, and some of the nastier comments. 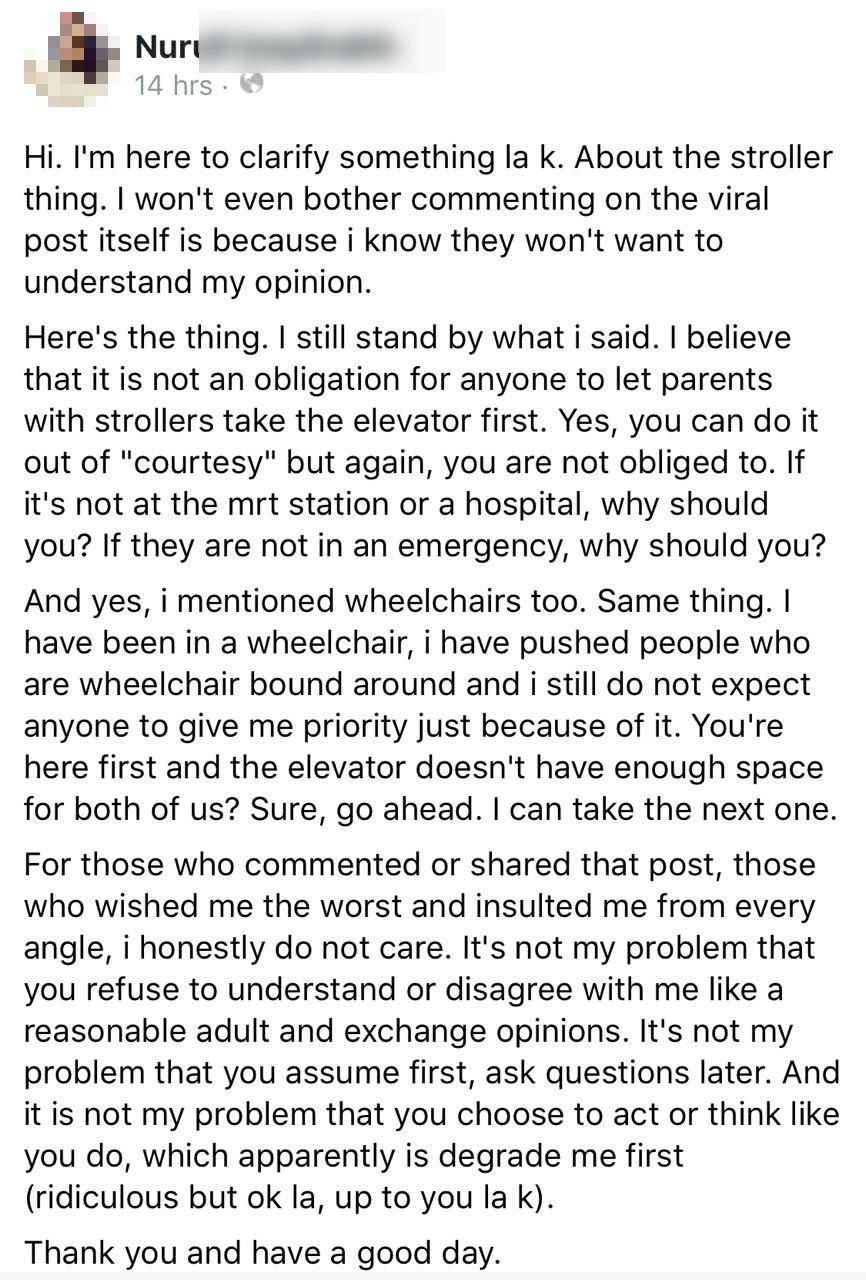 "Here's the thing. I still stand by what i said. I believe that it is not an obligation for anyone to let parents with strollers take the elevator first. Yes, you can do it out of "courtesy" but again, you are not obliged to. If it's not at the mrt station or a hospital, why should you? If they are not in an emergency, why should you?"

Nuru argued that people who are waiting for lifts do not face the same urgency as say in a hospital or the like.

She also revealed that she had been in a wheelchair before, and very much abides by her philosophy.

"And yes, i mentioned wheelchairs too. Same thing. I have been in a wheelchair, i have pushed people who are wheelchair bound around and i still do not expect anyone to give me priority just because of it. You're here first and the elevator doesn't have enough space for both of us? Sure, go ahead. I can take the next one."

Despite her clarification, many still took umbrage with her stance.

The general sentiment appears to be of course there is no need to let parents with prams get in first, but just because it isn't mandated, does not mean you shouldn't do it. 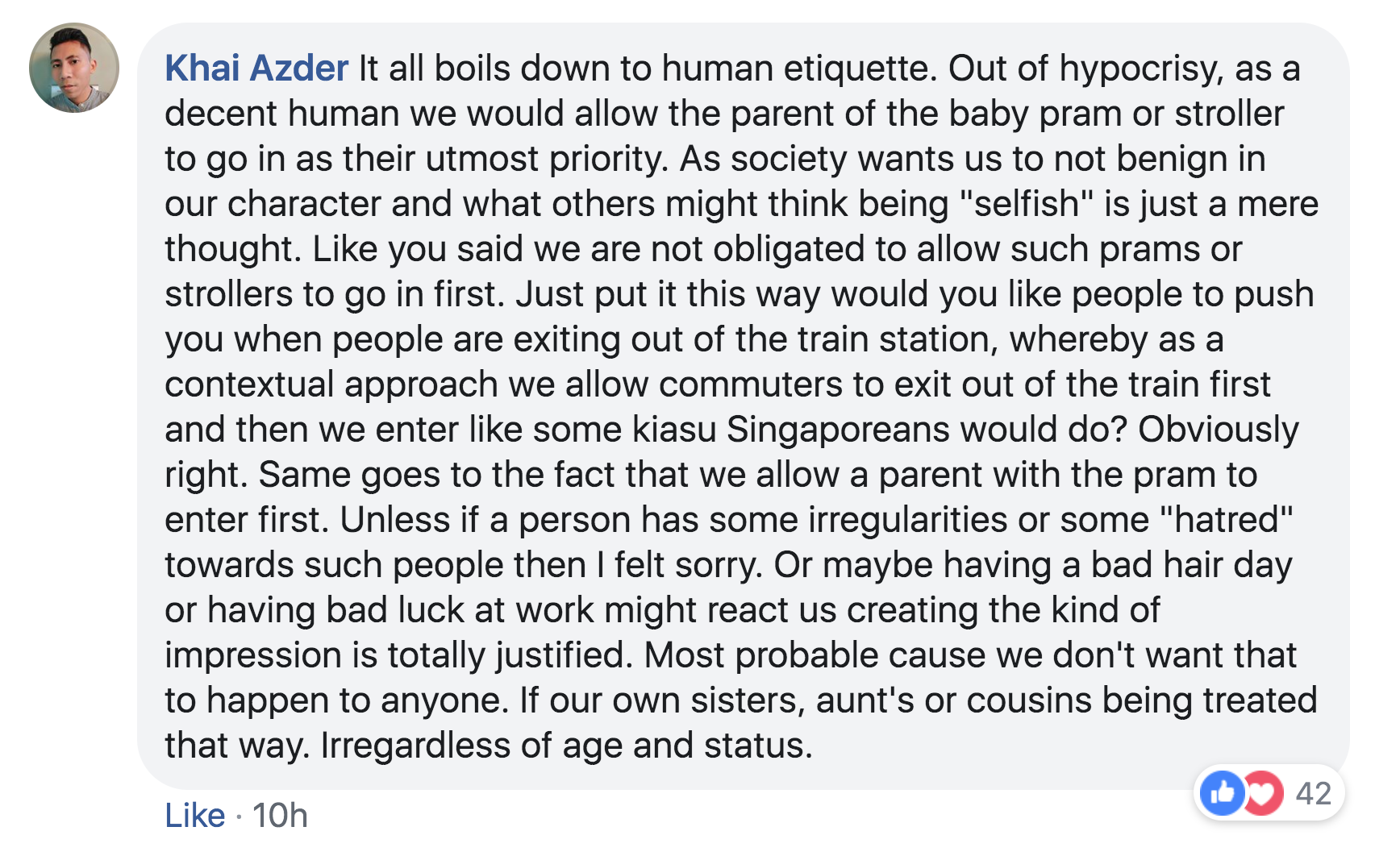