Amos Yee, a Singaporean who ran away to the United States in search of free speech, has been shut out of Facebook and Twitter -- for good, it seems.

It appears that he has been banned or blocked from using these two social media platforms by the end of the first week of December 2018, with the bans looking to be permanent and not just mere suspensions.

The result of Yee, 20, being no-platformed -- which means having his social media outlets shut down and not giving him an outlet to voice out -- is very likely due to his blatant and incessant pro-paedophilia advocacy in the last few weeks.

His actions led to his accounts being reported to the social media platforms by the public.

From trolling to serious advocacy

What started out as some sort of shock and awe campaign to gain fame, attention and notoriety as an ageing teenager by talking about paedophilia in the past year soon turned into something more serious and uncomfortable as a young adult.

The trolling antics gave way to depravity as Yee began to look like he was not trolling, being ironic or acting out.

Prior to his ban from social media platforms, Yee co-founded a “pedo-friendly” server on Discord, a free software initially designed for users to join gaming communities.

However, Yee urged his supporters to join the group, where lessons on paedophilia are conducted.

He also publicly stated that he was recruiting people to the cause and was even planning to gather individuals with pro-pedophilia views from around the world on a weekly basis to keep the discussion active.

Discord responded to this activity by shutting down the server, as well as the accounts of everyone involved in it.

This was most likely Yee's undoing as he caught the attention of the public at large.

Soon after, word got out on social media about Yee's actions.

As paedophilia is a taboo subject, especially in the US where paedophiles are met with formal and informal sanctions by the community and public at large, the backlash mounted.

This is Amos Yee a known pedophile and YouTuber. Twitter has been notified several times and nothing is being done, please share this and report him to proper authorities, this is not okay. pic.twitter.com/OognEoVJdD

That piece of trash pedophile pushing Amos Yee somehow still has his Facebook page activated. Nuke it, report the hell out of it. Zero tolerance for people who push hurting children

It is believed that a significant number of people reported Yee's accounts to the respective platforms.

Yee's two Facebook accounts -- one personal and one touting him as a public figure -- are both unavailable for viewing any more as they have been taken down.

Yee's pro-paedophilia views were not spread via Facebook though.

In recent months, following his YouTube account being taken down and his fund-raising platform Paetron getting removed as well, Yee spent less time writing and publishing on Facebook. 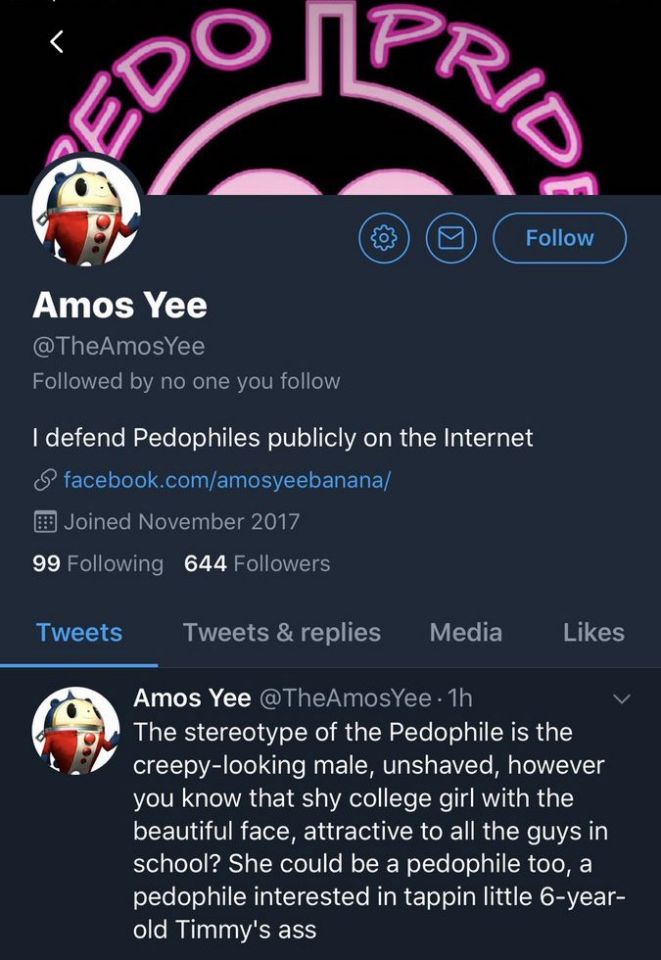 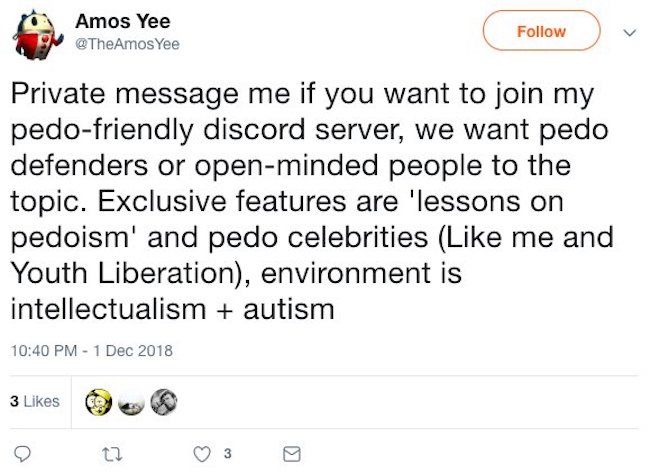 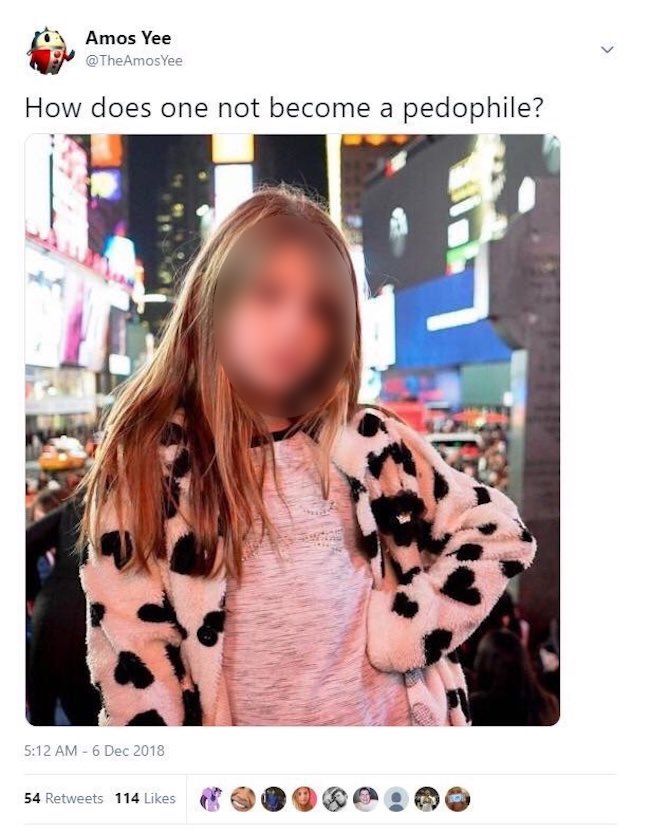 Supporters turn on him

As Yee's speech grows more erratic, fringe and odious, the people who supported him in his US asylum bid have now turned on him and asked for his deportation back to Singapore on grounds he is harmful to the society:

But it won't be the last people hear from Yee as he appears to have other accounts online that he occasionally uses to voice his ideas.

One such account goes by the handle Bob Wallace:

??
Ah Mas are getting techy and it's not going to stop at Whatsapp chain messages.

???
You've seen hedgehogs on viral videos, but have you fed them? Try it here - for free

?♻️
Have old clothes to get rid of? Here's why you shouldn't donate them.

??
Are family holidays the most wonderful time of the year? They can be...