Editor's note: We have edited our observations to reflect the accuracy of the exchange between Sufa and the other students.

A video of students discussing the topic of class difference in Singapore has become the latest source of contention on social media.

Produced by CNA Insider, it was uploaded on Oct. 1 night.

The six-minute clip is a truncated version of a longer 48-minute video.

While the video on the whole has sparked a deluge of reactions, what really got Singaporeans' attention was an exchange between two Normal (Technical) stream students, Muhd Nadiy Razin and Muhammad Sufa Aniq, and an Integrated Program student, Maniyar Kareena Tushar.

The relevant dialogue starts from 4:57, but here's a transcript of the conversation:

Interviewer: "If we put all of you all in the same class, do you think that would work?"

Nadiy: Maybe, if they teach us.

Sufa: I think so, if they are willing to teach us and help us. I know I am very slow, I am scared they won't teach me.

Maniyar: I personally feel that a mixed class suggestion may not be very viable in terms of closing the gap, it might even increase the gap if these students feel like they can't cope so they just give up completely.

The camera then panned to Sufa.

Subsequently, the interviewer asks if the conversation was uncomfortable.

Sufa: To be honest, yes. Because the way we talk and the way they talk very different ah.

Interviewer: Why is it awkward?

Sufa: Like they are high class and we are not.

Encouragement and support from Singaporeans

At this, many Singaporeans' hearts went out to Sufa and Nadiy. 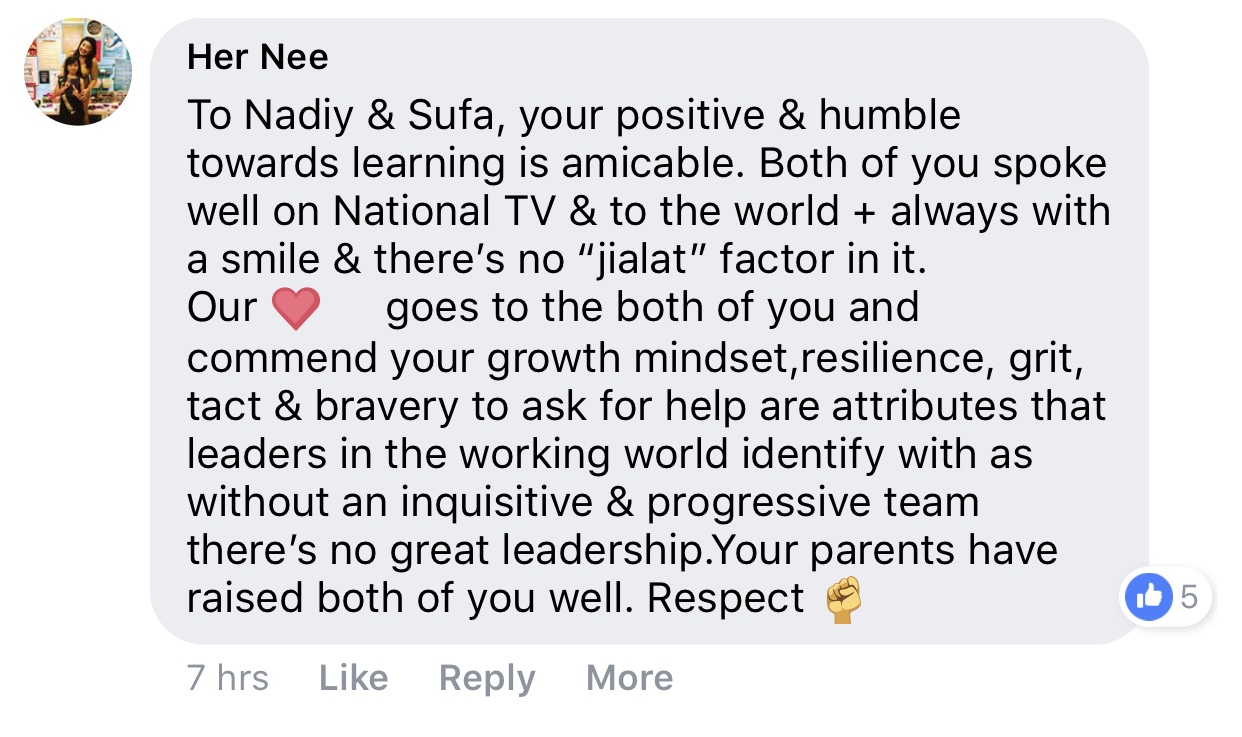 Some offered messages of support and encouragement:

"Anger and sadness" at words of IP student

Unfortunately, some commenters also felt that it was inappropriate for the Integrated Program student to have said what she did: 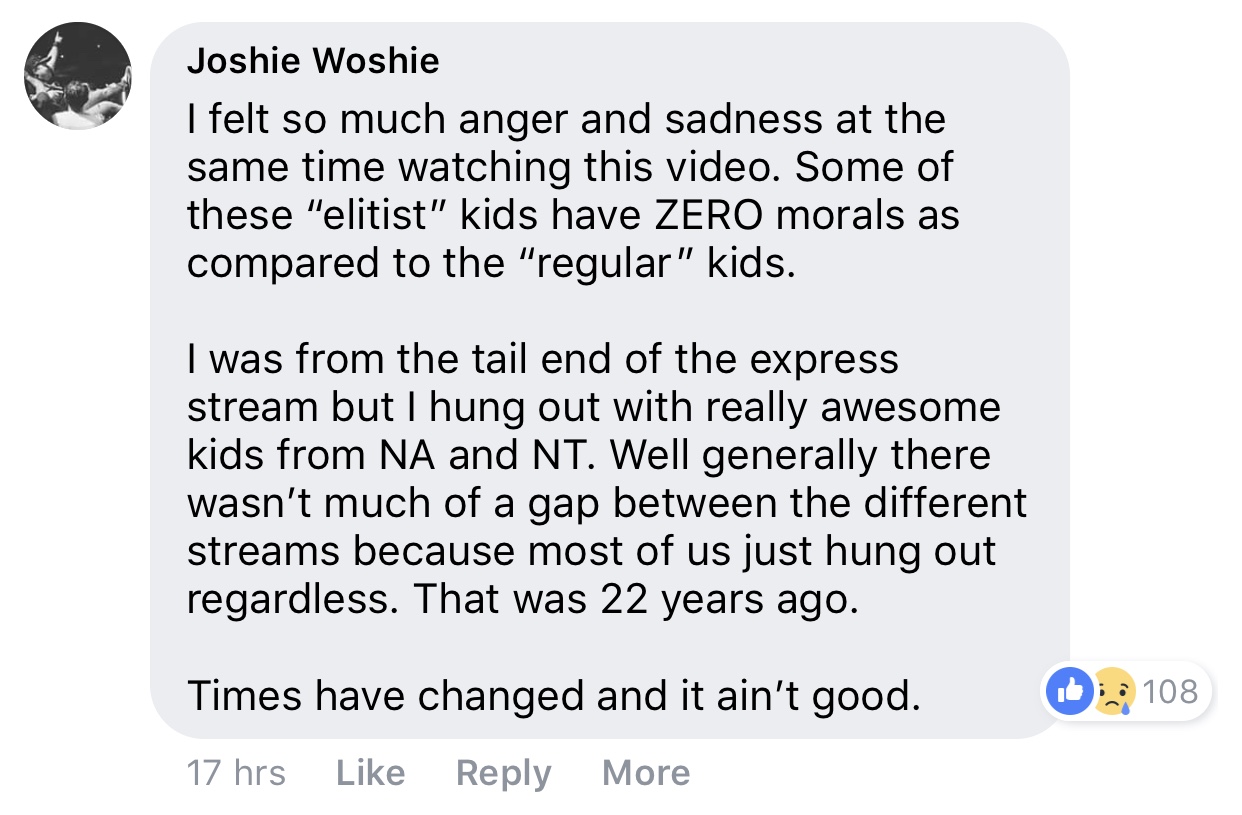 While other commenters were not as harsh: 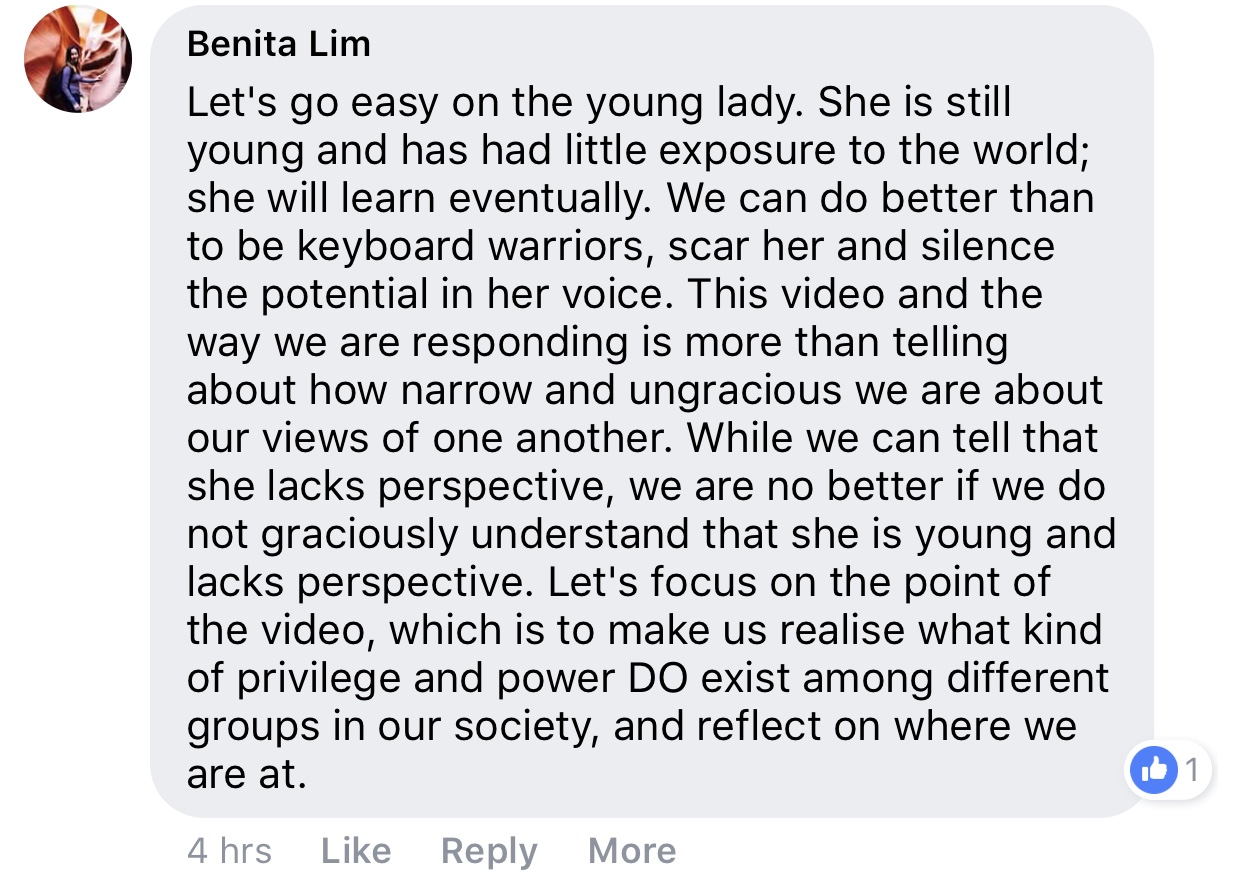 Tactful in expressing a valid view

On the other hand, some users thought that Maniyar was tactful in expressing her views -- something she was supposed to do on the programme: 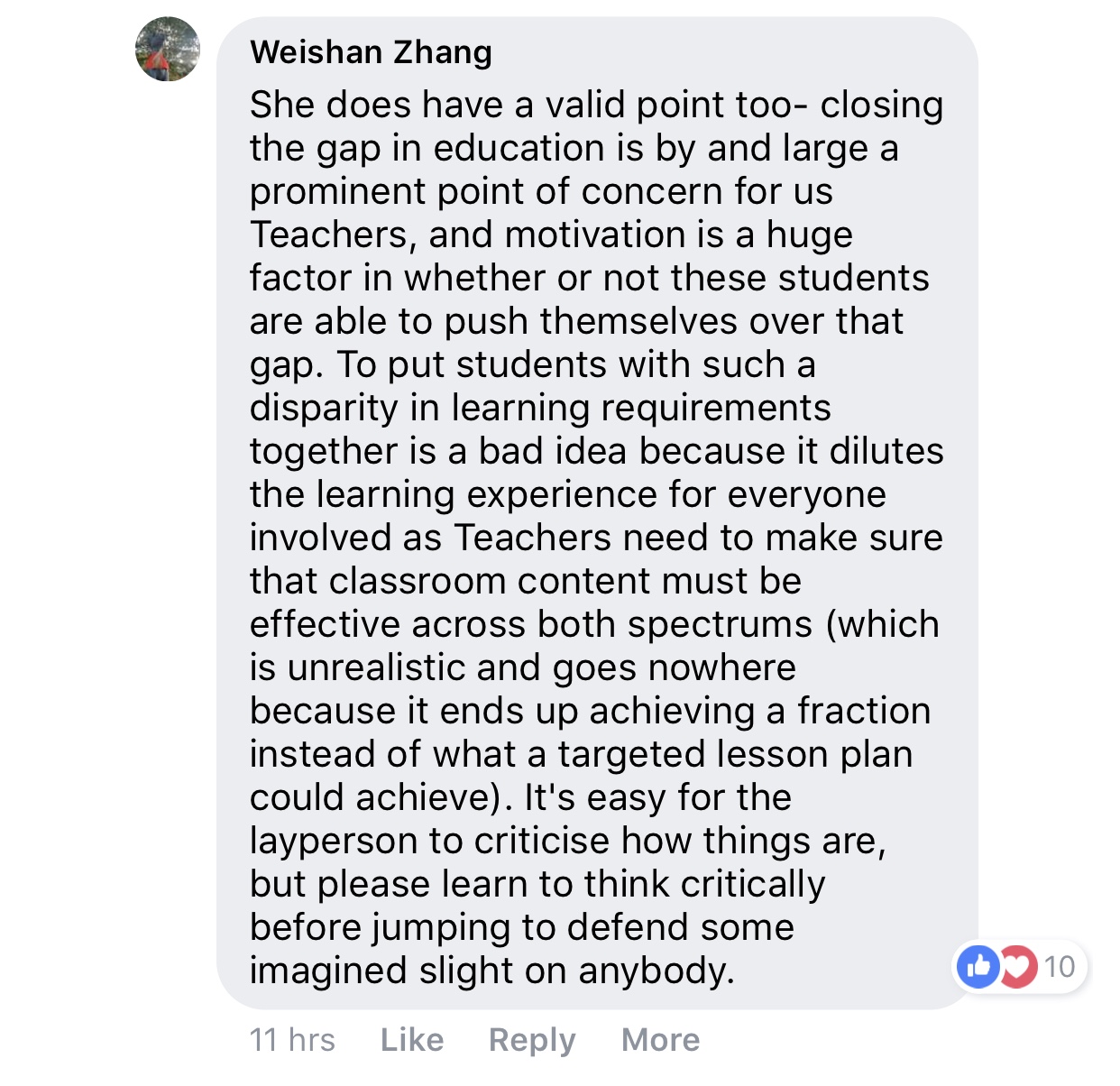 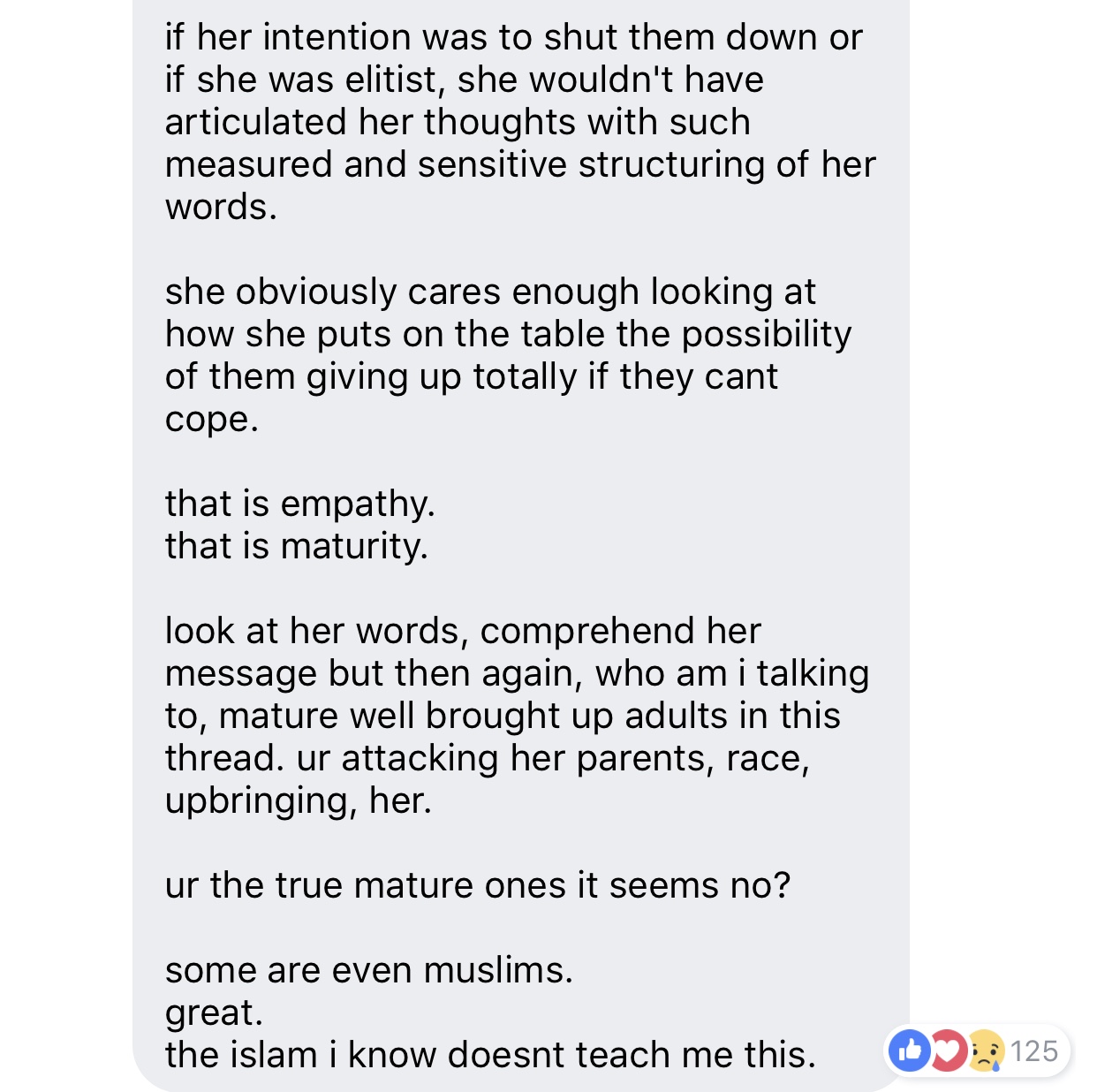 And at least one other commenter provided a counter-perspective of "elite" students who apparently get bullied by students from other schools. While the condemnation of an IP student might come across as ironic in this context, it remains heartening to see Singaporeans feeling strongly for for Sufa and Nadiy.

What was the last thing you used this place for? (Somebody said paktor, meet boys?) This is what you can do these days!

All the restaurants you ever wanted to try on a massive discount! Did somebody say 'Pince and Pints'?

Have a little money but can't help being kinda lazy? You can still invest using this.

This was not part of CIP.