The Better Beer Festival was one of Malaysia's fast rising events. Beginning in 2012, the last BBF was held in Kuala Lumpur in Oct. 2016. Over 100 varieties of craft beer were on display, drawing almost 3,500 attendees.

The success of the annual event encouraged the organisers (MyBeer) to hold another festival in 2017.

More than 250 brands of beer would be offered this time, courtesy of 43 breweries from countries like Belgium, Germany, Japan and Thailand.

However, those plans were dashed when MyBeer announced on Sep. 18 that the festival had to be cancelled.

They added that Kuala Lumpur City Hall officials said the decision was made due to the "political sensitivity" surrounding the event.

No beer for you

The officials could have been referring to the statement made by the Parti Islam Se-Malaysia (PAS), a religious opposition political party.

On Sep. 10, PAS central committee member Riduan Mohd Nor claimed that the festival would make Kuala Lumpur be known as the biggest "centre of vice" in Asia.

He was also worried that the festival would unleash a storm of evils upon the nation's capital, including "crime, free sex, rape" and so on (although free sex and rape are two different things).

While PAS and some Malaysians might be happy with the outcome, others are not. Objections can be broken down into two categories. 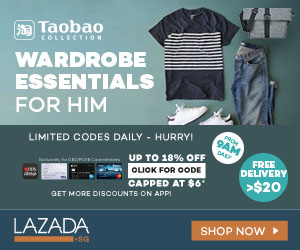 These Malaysians take issue with the "double standards" shown by objections to a beer festival but not other similarly sinful things.

Better Beer festival is banned in Malaysia. Almost all the clubs/bars /pubs I go I can see Malays drinking and partying. Double standards 😑

PAS making big fuss over the Beer Festival, I wonder if they would have the same guts to do that against illegal vice dens in Malaysia?

Tak setuju. Malaysia is one of the main beer producers in SEA. They ban the festival for political mileage. They have no guts to ban beer. 🍻

Twitter user @acis77 makes a good point. As a CDI Asia report states, although beer consumption in Malaysia is understandably low, the annual growth rate is high when compared to its neighbours.

Less so now after the banning of the festival, one would imagine.

Other Malaysians wanted to point out that while Malaysia was majority-Muslim, there is also a sizeable minority population who should be allowed to attend events of this nature.

Chill, we're not shoving beer down your throats, so calm down & let us live. In case you forgot, we're part of Malaysia too, bro 🤷🏽‍♂️ https://t.co/zdwYuYwXXk

(Translation: If you were surprised at the ban of the Better Beer Festival in KL, then you're dumb. In Malaysia, even A&W Root Beer needed to change its name to RB.)

He's not wrong, the A&W company decided to change all mention of "root beer" in its marketing to "RB" instead.

(Translation: I thought Malaysia was a multi-cultural country? But when non-Muslims want to hold a beer festival you all complain?)

She could be a rapper.

Of course, the best solution to the problem was suggested by one @RizzyRashid.

No beer fest for you Malaysia.
Come to Singapore. https://t.co/TRCnVgMRHA

Come on down, Malaysian friends. See you next time a beer festival's in town!