The sharing economy is a risky one.

To be fair, the concept of sharing things is fairly new and probably an alien one for many Singaporeans.

So when an umbrella sharing initiative by Republic Polytechnic students called Sharella was launched in Sembawang a few weeks ago, one would be forgiven to assume that people would take home, or even damage, the brollies.

But first, why do we need such an initiative in sheltered walkway-crazy Singapore?

There's a crossing near Sembawang MRT station that isn't sheltered because 1) any covered link way will need to be minimum 4.5m high for heavy vehicles 2) the sheer height of the shelter means that it will still be ineffective in keeping out rain.

Education Minister (Higher Education and Skills) Ong Ye Kung, who is also a MP for Sembawang GRC, noted that a few hours after its launch, all the umbrellas were gone.

Perhaps some education (ahem) was needed. 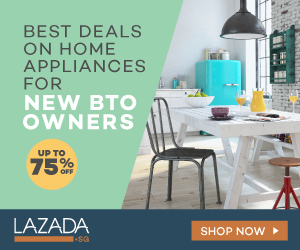 Our community volunteers topped up the umbrellas, and stationed themselves at the crossing, and explained to residents how the program works.

And an amazing thing happened. Residents started to contribute their umbrellas. I took four from home and contributed too.

With a variety of colours, residents now instinctively know these are for sharing.

Singaporeans, who can spot a good thing from miles away and also want it for the hood, also descended upon the Facebook post.

This dude got a reply from his MP, lightning-fast.