Singapore Tourism Board and the Singapore Economic Development Board are rebranding Singapore as a travel destination that gives a more local experience.

The following video targeted at tourists is one of the two they have produced to kick-start the campaign where Singapore is a place passions can be fulfilled.

What makes this video work is that you go into it expecting the run-of-the-mill tourist advert.

But no, they took what they knew would represent Singapore best, mixing the old-school and the newfangled, creating a video that surprisingly resonates well with the locals.

Not to mention, the theme song that actually is catchier than most National Day Parade songs.

Performed by home-grown singers Tay Kewei, Alemay Fernandez, Fendi Sahid from Fuze Collective and Sivadorai Sellankannu, from local singer-songwriting duo Jack & Rai, it shows that, yes, we can make a song for Singapore.

Of course, the film was definitely not done in a day, and it involved many Singaporeans.

All the talents featured in the video are 100 percent Singaporean.

This includes Singapore Modsquad, a Singaporean biker collective that you see driving past the colourful Old Hill Street Police Station at the 0:29 mark.

The group of yoga enthusiasts are the Outta Hatha Yoga, a group that does regular outdoor yoga. 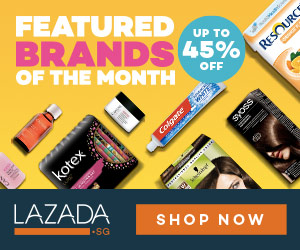 And of course, what's a tourism plug without some homegrown famous faces, such as Stefanie Sun and Nathan Hartono, a Mandopop queen and Singapore's most famous recent export respectively.

Our sports heroes who have left their mark internationally, such as footballer Fandi Ahmad, and Kyra Poh, one of the youngest and fastest indoor skydivers in the world, are also featured in the video.

By Singaporeans, for the world

Ultimately, what makes this video great is that while it's targeted at potential travellers, it is something Singaporeans recognise.

After all, if a video can make Singaporeans feel good about Singapore for two minutes, it's something special.

Can't get enough of the video? You can also check this one out, where they explain the reasoning and inspiration behind the unified brand -- and more Singaporean talents to be proud of.

The reason to visit S'pore is gonna change, big time