Us Singaporeans are a simple bunch. Things that grab our attention include double rainbows in the sky, food doused in salted egg yolk, and new bubble tea brands.

But there are other things that deserve our attention, like the heroes of Singapore who go all out to put our tiny city on the world map. Here, we take pleasure in introducing some of these fine people, who were featured in the Singapore Tourism Board’s new brand film.

Haven’t seen it yet? Watch it here.

Here are some of the city’s superheroes.

Claim to fame: Head Bartender of Smoke & Mirrors, mixologist extraordinaire, made a drink for ex-footballer and sex symbol David Beckham

Powers and abilities: A practitioner of craft bartending, Yugnes wields considerable knowledge of ingredients and components that go into cocktails, making him one of the top 10 contenders for The Bar Awards Singapore 2017’s Bartender of the Year title.

Origin story: Now, here’s someone who legit started from the bottom and wound up at the top. Yugnes’ origins are humble – he started as a lowly dishwasher at a country club during the school holidays. Then he became a cook. And then, a waiter.

That would all change when he approached the ripe old age of 18. His then-manager granted him his one wish: to be imbued with the responsibilities of a bartender. Yugnes got his first gig, and has since been honing his skills to become one of the city’s greatest bartenders.

Powers and abilities: While Kyra spends most of her time as a regular 14-year-old, the presence of a vertical wind tunnel (aka indoor skydiving tube) instantly transforms her into an air-cutting, gravity-defying speed demon for three minutes.

Whereas most female competitors adopt a more graceful stance in indoor skydiving due to a background in dance or gymnastics, Kyra sheds poise for power, adopting more masculine and powerful moves.

Origin story: Kyra’s origin story is admittedly less epic. iFly Singapore needed a child to appear in an ad, and Kyra’s mom – an advertising executive – answered the call. Kyra fell in love with the sport, and now dedicates at least three times a week – and hours each time – to it. 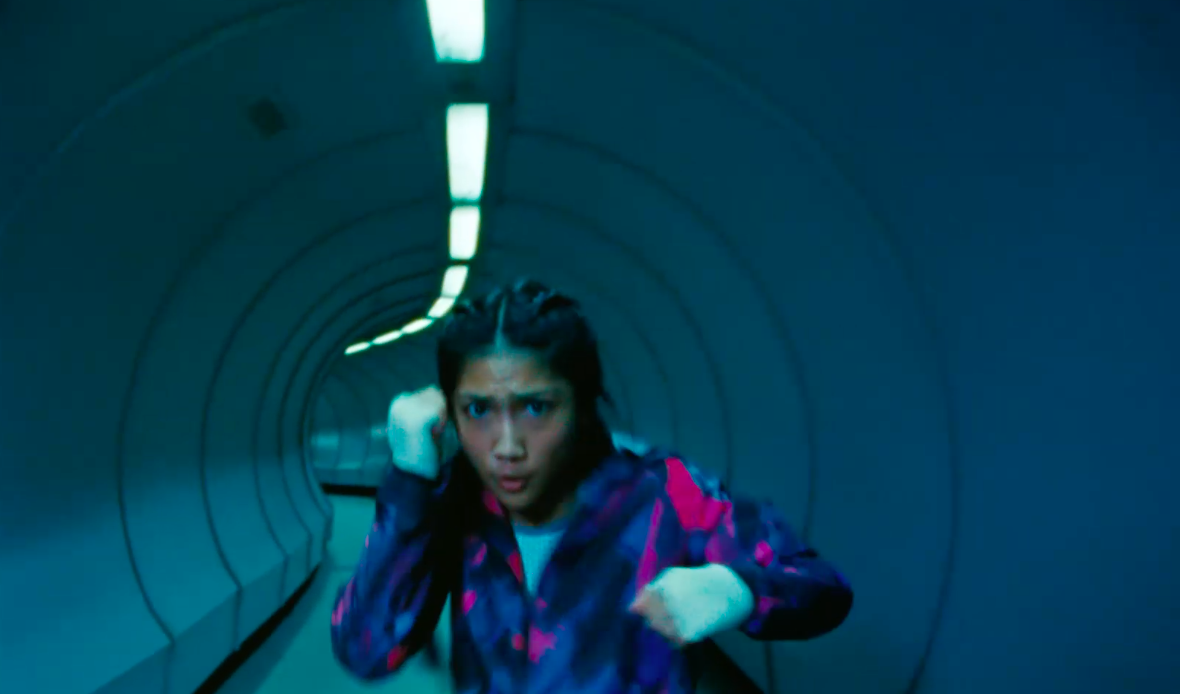 Powers and abilities: Possessing the potentially lethal combination of speed and strength, Nabilah Razak is a skilled user of several martial arts including kickboxing, boxing and Muay Thai.

Origin story: Nabilah was always keen on martial arts but never pursued it because she could never find enough time or money. But after being introduced to the sport by her then boyfriend, she started joining competitions within just four months. It wasn’t long before she left to chase her dreams in Thailand, where she engaged in intense training sessions.

Today, she has returned to Singapore, and hopes to one day represent Singapore in Muay Thai and Boxing.

Claim to fame: Sneaker designer, who has customised sneakers such as the Nike Air Force 1 and Air Huarache

Powers and abilities: While he possesses no apparent superhuman powers, Mark Ong is an expert in creating visually appealing footwear, which can be exchanged for cash and currency in most capitalistic societies.

Origin story: Mark first started designing sneakers as a hobbyist, but found his lucky break after an online trial-by-idea competition that resulted in an order for 72 pairs of his design from Tokyo sneaker shops Atmos and Chapter, and local retailer Ambush.

The years he’s put into his craft has paid off. Today, Mark, who operates under the pseudonym of SBTG, has seen his designs develop a strong cult following.

Claim to fame: Chinese opera performer, who won the 2016 New Sprouts award from the Chinese Opera Institute and second place in the open category of the 2015 Voice of Teochew competition

Powers and abilities: A master of disguise, Tan Wei Tian transforms from an unassuming 14-year-old schoolgirl to a theatrical prodigy when she steps into the spotlight.

Origin story: Wei Tian’s love for the stage and Chinese opera began when she was a wee toddler. At the tender age of three, she was taken by her grandparents to watch her first live opera performance. There, she was enthralled by the vibrant costumes, hair and makeup of the performers.

Her mother recognised her interest, and immediately hired her a teacher. For roughly a decade, Wei Tian underwent intense voice and acting training, while finding the time to do her schoolwork. All to achieve her dream of sharing her passion for Chinese opera with other youths.

Powers and abilities: In an era of Photoshop, filters and Wacom tablets, Ang Hao Sai has the rare ability to produce remarkably lifelike movie-billboard posters, much to the envy of hipsters.

Origin story: Hao Sai never found an interest in school, abandoning formal education at the age of 12 to take up an apprenticeship at an art studio focusing on movie billboards and paintings. Of course, in true 20th century fashion, he started by cleaning toilets and buying coffee for his colleagues.

But Hao Sai was different from other coffee buyers. Each night, he would forsake sleep to practise painting till the wee hours of the morning. Until one day, his boss caught him in the act, and decided to give him the golden opportunity to fill in the background colours of movie billboards.

And the rest, as they say, is history.

All photos are screengrabs from STB’s new brand film.

This collaboration with the Singapore Tourism Board reminds us that we can be heroes, just for one day.