If you've been following Prime Minister Lee Hsien Loong's Facebook page long enough, you will have heard about the biennial barn owl who visits the Istana.

Indeed, the diplomatic visitor first showed up inside PM Lee's office in November 2013:

And returned again, promptly, two years later, in the height of the haze.

And now it's back again, inviting itself into the Istana's highly secured grounds without giving a hoot.

PM Lee spotted the bird, and put up this post yesterday (Aug. 27).

He also left a comment on it, noting its regular biennial visit, and how it seemed content not to enter the Istana building this time round.

Quite an easy one, if you’ve been a long-time follower of my Facebook Page! The Istana appears to be a regular stopover for owls, with latest one dropping by after visits in 2015 and 2013. (It is rather curious why they only visit every two years!).

True to their reputed wisdom, they seem to have learnt not to fly into the Istana building (and then need help from Agri-Food & Veterinary Authority of Singapore and Jurong Bird Park to extricate themselves). Our latest visitor was quite content to perch itself on the overhang that runs along the exterior of the Istana, keeping a silent watch over the main entrance. – LHL 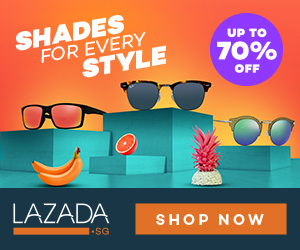 We can't be certain why owls visit the Istana at such regular intervals either, or if it's even the same individual owl visiting, but we can make the following educated guesses for this latest visit:

1) It has decided it's had enough of this presidential election nonsense and is volunteering itself for the role.

2) Someone at the Istana will be enrolled to Hogwarts for further studies.