It was still dark out when the first customer arrived at JJ Lin's Miracle Coffee pop-up.

The time was 5:40am, more than six hours ahead of the cafe's opening at 12pm.

When Mothership reached Marina Bay Sands (MBS) at 5:55am, there were about about five other people in the queue.

A security guard informed us that the cafe would be a take-and-go concept, so there's no idling around to be done.

However, this take-and-go rule appears to only apply on opening day as a crowd control measure, as we later found out that customers are allowed to sit around the pop-up if there's not too many people on subsequent days.

As 200 people are limited to the queue at any one time, you're required to register for a queue slot by scanning a QR code. 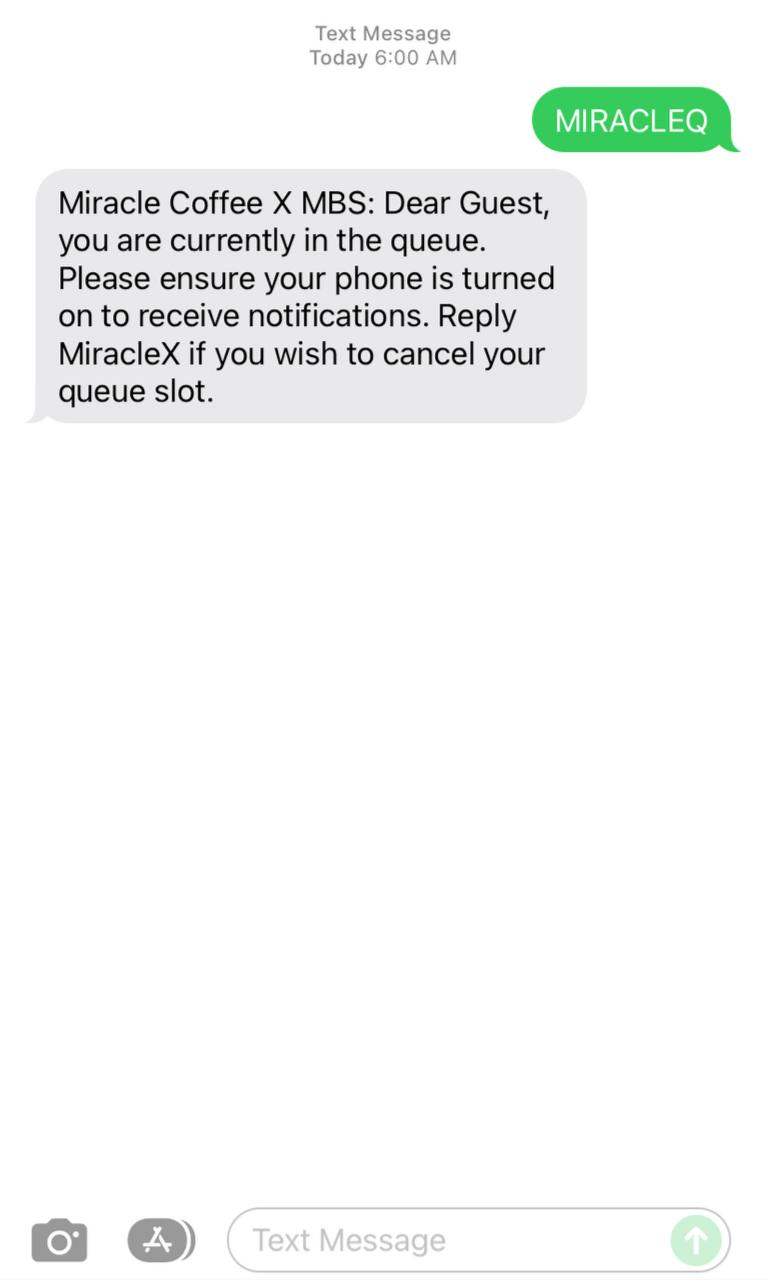 The crowd had swelled to about 50 after 10am.

The queue will be stopped at 6pm, Mothership understands.

JJ Lin at the scene

Lin himself appeared at the venue in the late morning as well, where he hosted a chatty live session, did a ribbon-cutting ceremony, and had a coffee-making demo.

The Mandopop singer said he wished he could make coffee and serve it to everyone, but is not allowed to do so as he lacked an "F&B licence"—possibly referring to the food handler licence.