The Embassy of Japan in Singapore will be opening a Book of Condolence in memory of the late former Japanese Prime Minister Shinzo Abe on July 12 and 13, 2022, from 10am to 5pm. 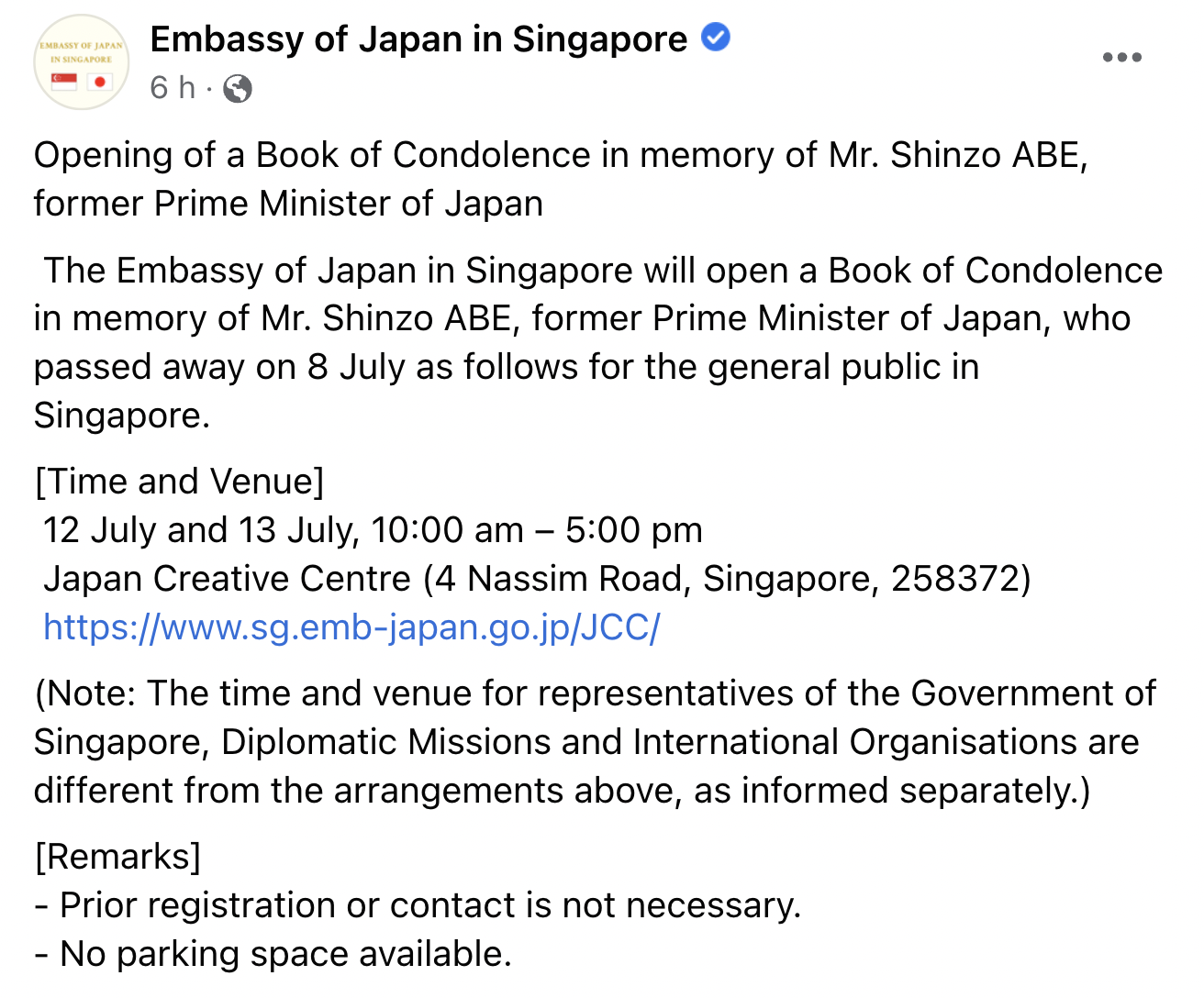 The venue for the event will be at the Japan Creative Centre at 4 Nassim Road, not to be confused with the Japanese Embassy, which is at 16 Nassim Road.

Prior registration or contact will not be needed, although visitors should note that there is no parking available.

Funeral to be held on July 12

Shinzo Abe, 67, passed away on July 8, after being shot by a former Japanese Navy man who was wielding a homemade gun.

He was campaigning for a Liberal Democratic Party candidate in the Japanese city of Nara for the Upper House Elections that was going to be held on July 10.

Doctors fought for over four hours to save his life but were ultimately unsuccessful.

His body was brought back to Tokyo, where a funeral will be held on July 12.