One Lena Ng has taken to Facebook to post allegations of abuse by her ex-boyfriend, Jeff Ng — also known as the busker who has been drawing huge crowds outside The Cathay.

Lena said she was Jeff's former partner for almost three years and had "always wanted to write this post but never had the strength nor courage to".

Jeff has since responded to the post with an apology.

Calling him the "worst person (she has) ever met", Lena alleged that Jeff had exhibited abusive and controlling behaviour during their relationship.

Accusing Jeff of manipulating her, Lena said she would "literally tremble in fear of incurring his wrath” and that she felt “compelled to obey like a dog”.

Lena said she once had to “beg for his forgiveness” for “ruining his day” after asking him about his involvement with another woman.

She also published screenshots that appeared to show Jeff incessantly calling her in the early hours of the morning. 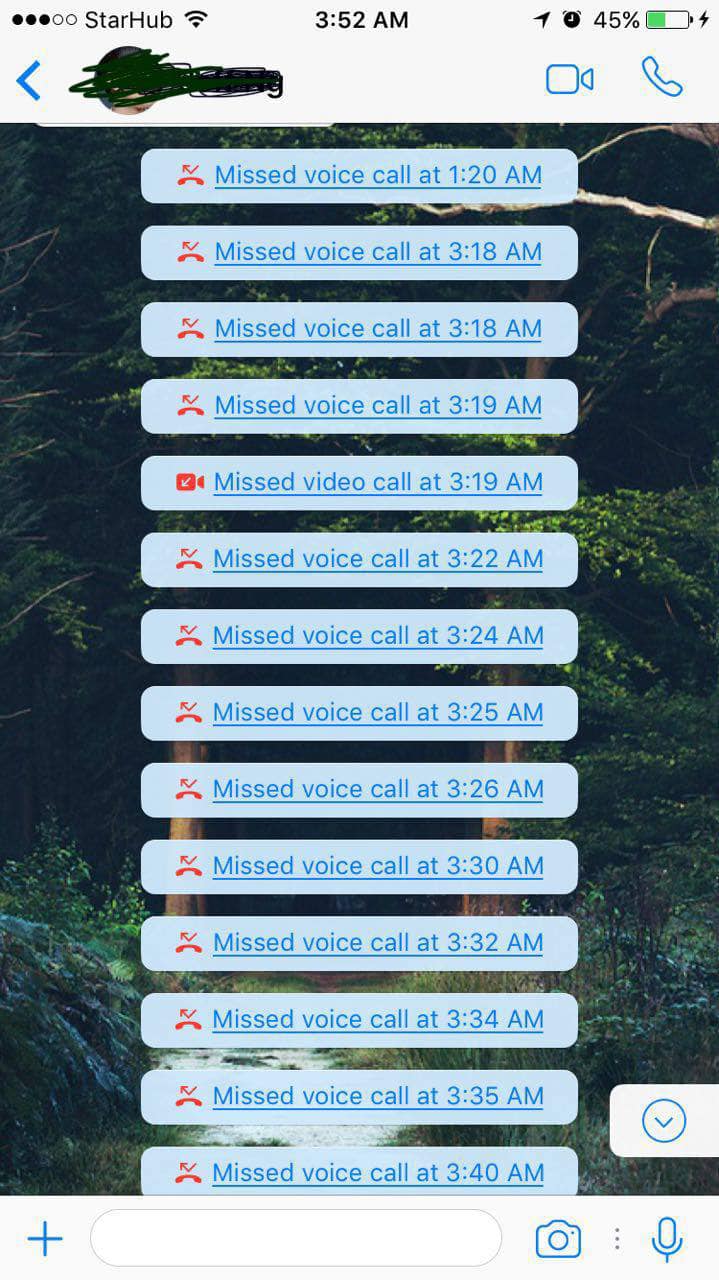 A separate conversation purportedly saw Jeff questioning why Lena had not informed him of her whereabouts before he asked. Lena said that during the time she and Jeff were together, she eventually felt that she was walking “on eggshells every day” and suffered from panic attacks, triggered by “just a phone call or a text”.

“I would tremble in cold sweat and spend sleepless nights beside him crying whilst he doesn’t give a sh*t,” she said.

Addressing why she hadn’t left the relationship sooner — given Jeff’s alleged abusive behaviour — Lena said that it was “impossible to get out of this cycle once you’re in it”.

“You end up doing anything for more of the affection he once showed,” she also wrote.

Lena claimed that he would “beg and cry and kneel and swearing to god that he knows he’s wrong and will change for (her)” when she tried to break up with him, and that it escalated to stalking and threats to end his life.

“I used to not understand people who can’t leave toxic relationships. Till I met this one. It’s so close to literally feeling your own free will, even your soul, being sucked from you slowly till one day it’s all in someone’s hands.”

When they eventually did break up, Lena alleged that Jeff continued to contact her sporadically.

“For a long time after the whole thing, I was genuinely too damaged and helpless to function.”

Lena said that she had spoken to other women who had experienced similar treatment from Jeff.

He acknowledged that he was “young and reckless in (his) 20s” and “allowed (his) emotions to get the better of” him.

“I know that this is not a reasonable excuse at all. I was wrong, and I am sincerely sorry,” Jeff added, sharing that he has been “taking steps to improve and become a better person”.

He also extended an apology to “Lena”.