Crowds in Singapore who showed up at Buona Vista on Dec. 31, 2021 hoping to catch a glimpse of the countdown fireworks in the heartlands at midnight were left staring at a dark, cloudy sky instead.

TikTok videos of what took place on the ground has left viewers in stitches -- but it was undoubtedly tragic at midnight as those gathered ready to paint the estate red and take videos of the light show were treated to flashes of the fireworks occur over at nearby Commonwealth instead. 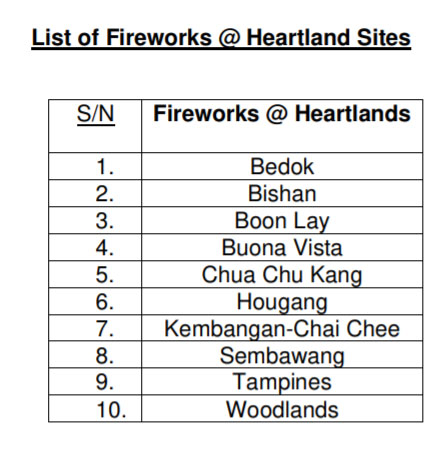 Apparently, Buona Vista was understood to mean Buona Vista MRT, which was where people congregated, but it was supposed to have been understood as Commonwealth MRT.

It is unclear why Commonwealth could not have been stated instead of Buona Vista, as both estates are close by.

There were no Marina Bay countdown fireworks this year as well, the second year running.

The crowd that gathered in Buona Vista were close to the MRT station and beside The Star Vista.

In the video, some youths could be heard laughing and cussing as they saw flashes in the sky where the real fireworks were held.

The post's caption said: "wasted my petrol, 1hr of our time and paid for carpark just to see nothing😐 i hope yall had a better start to the new year😭😭😭"

@niao.mi wasted my petrol, 1hr of our time and paid for carpark just to see nothing😐 i hope yall had a better start to the new year😭😭😭 #2022 ♬ original sound - naomi

Another video featured a disappointed parent explaining to a child they missed the fireworks and there is no point driving over.

A child could be heard asking: "We need to go Commonwealth there?"

An adult responded: "By the time you drive there no more already lah."

Another adult said: "It's not here, it's another area."

The child then asked: "Can we faster go there?"

The real Commonwealth fireworks as documented by a nearby resident:

Here is a close-up video: