BY2's Yumi has allegedly attempted suicide by overdose during the Wang Leehom saga.

News of the attempted suicide came from a Weibo user claiming to be the singer's friend.

It was implied that Yumi, who is a Singaporean singer, had done so after being embroiled in the Wang's scandal, where she was accused of being his mistress.

"Yumi took pills to commit suicide and is having her stomach pumped at the hospital now! @Wang Leehom you're the one who knows best if Yumi was indeed a third party in your mess of a marriage! If anything really happens to her, I absolutely will not forgive you!!"

The post was accompanied by some documents from Yumi's alleged hospitalisation.

A number of overseas media have reported on the news.

In a follow-up post, the user said she was a friend of Yumi's from outside the entertainment industry.

She also confirmed that the police report had actually transpired, and was not fake news as some netizens had claimed.

The woman also showed the amount of hate she had received just for standing up for Yumi:

"I can't imagine the kind of messages Yumi must be receiving," she wrote.

Another image in the post showed that the now-famous photo of Yumi and Wang was taken in May 2013—five months before Wang told her that he was seeing Lee Jinglei, who recently got divorced from Wang.

As some online users have doubted the veracity of the WeChat screenshots between Yumi and Wang due to its translation feature, Yumi's friend also took the opportunity to clarify that there was such a function in the app. 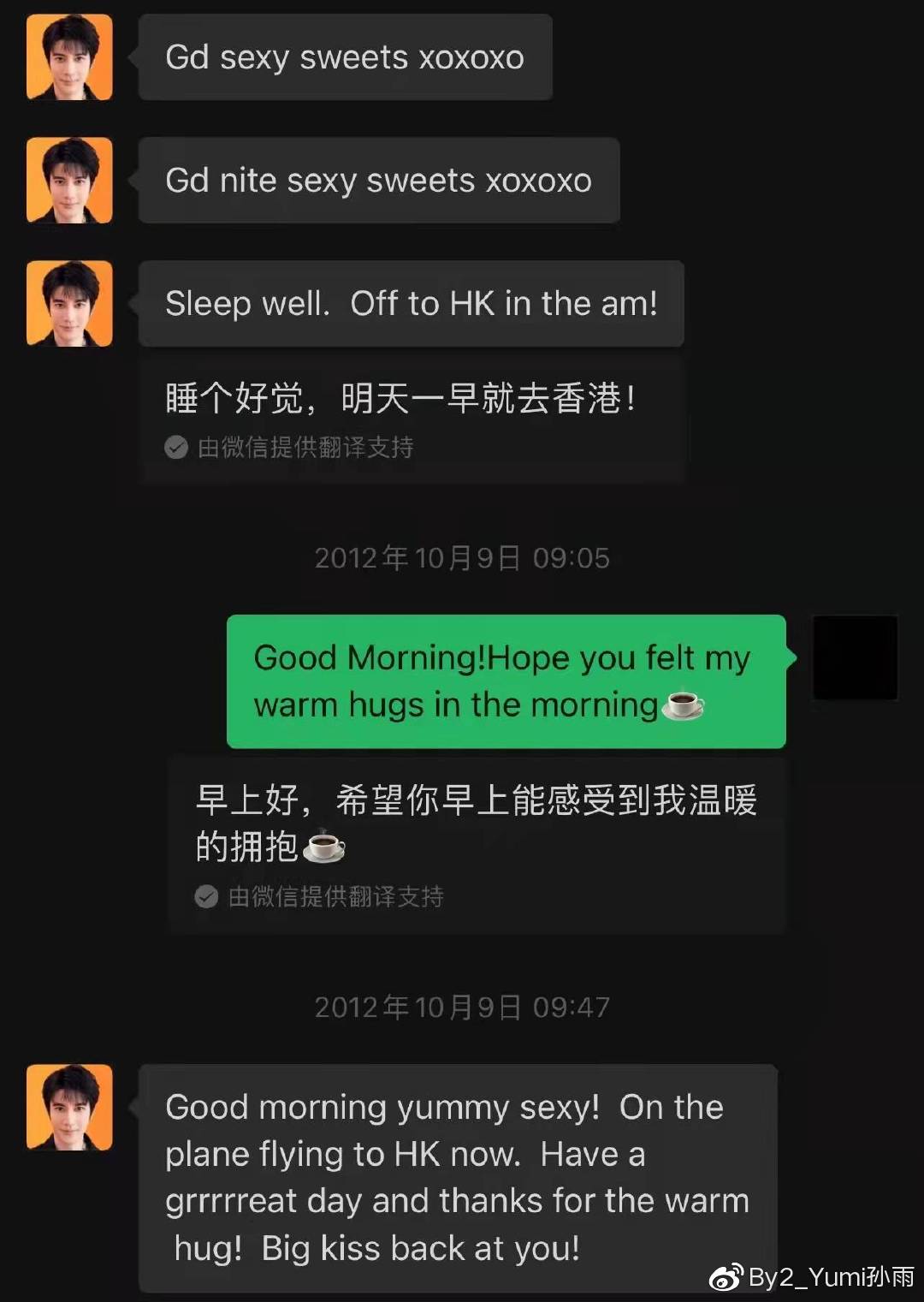 "Those who are saying that Yumi didn't speak up because of a guilty conscience, she actually has much to say. But if even a police report and chat screenshots can be twisted against her, how is she to clear her name?

Sometimes when people are calling for justice, they don't want the truth, they just want someone to pin the blame on."

If you or someone you know are in mental distress, here are some hotlines you can call to seek help, advice, or just a listening ear: