Amidst the post-divorce mud-slinging between Mandopop singer Wang Leehom and his ex-wife, Lee Jinglei, a particular netizen has been leaving very public messages to homegrown singer JJ Lin on Twitter and Weibo, which has been gaining attention recently.

On Dec. 22, Lin's company, JFJ Productions, has put out a public statement on Instagram, refuting "untrue and baseless insinuations" against him.

Not worth using public resources

In response to media queries about the recent spread of messages on public platforms, JFJ Productions has released a public statement.

They preface the statement by saying that they do not believe that the messages necessitate any usage of social resources.

They call on all media outlets and influential social media account holders to stop making untrue and baseless insinuations.

Lin and the company typically do not respond to perpetrators who deliberately defame, create, and spread rumours, the statement read.

JFJ Productions explain that they do not wish to use up public resources over the actions of a few troublemakers.

However, it does not mean that the rumours are true, or that they condone these malicious perpetrators, the statement added.

According to JFJ Productions, they have been closely monitoring the development online and have been collecting evidence of such malicious actions.

They will protect Lin's legal rights in adherence to the law, they wrote.

The company ends the statement with a fair challenge to those who try to smear Lin's reputation:

Check out the original statement in Chinese here:

Going by the Twitter handle @Love_peace2022_, this netizen first tweeted a message to Lin on Dec. 21, in response to an unrelated tweet he posted on Dec. 17.

The anonymous user asks the singer if he has received "close to hundreds of messages" within the month that they have asked his family and friends to forward to him.

According to the user, they decided to ask him on Twitter after waiting for almost a month and beseeched him to get in touch upon receiving those messages.

Photos of Singapore's skyline were uploaded to the posts, which also tagged Lin in them. 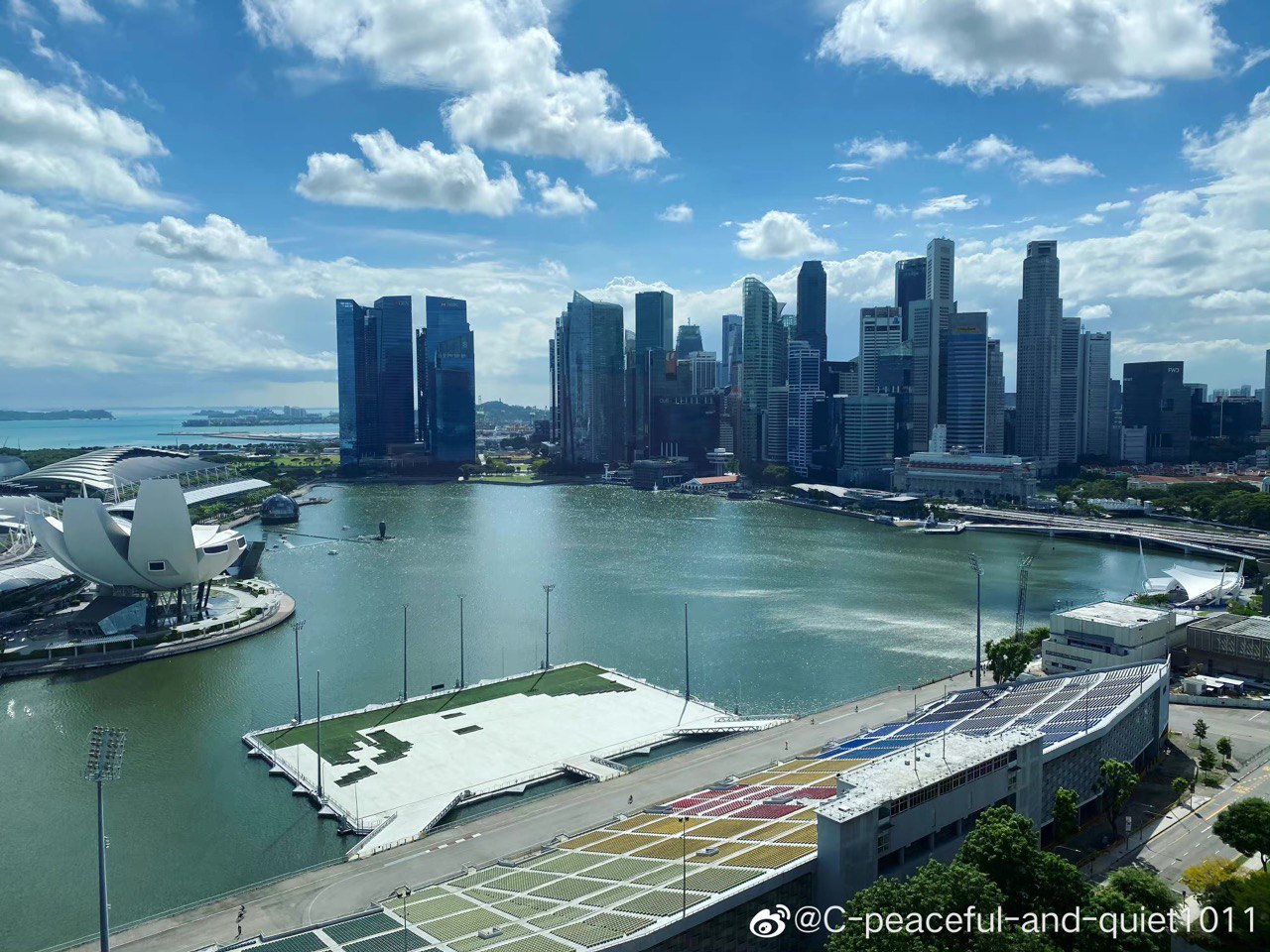 Photo by C-peaceful-and-quiet1011 on Weibo.

According to the netizen's Weibo posts, Lin has been a pillar of strength to the user during their darkest days. The post also claims that Lin's unresponsiveness stems from his refusal to forgive the person, but the user did not clarify the situation.

On Dec. 22, the user said, "Today is my 28th day in Singapore waiting to apologize to a very kind and very handsome friend that I really cherish."

Even after JFJ Productions's latest statement, the user did not hesitate to post another update on Twitter and Weibo on Dec. 23.

According to the message, the user is "still waiting to personally discuss matters between the two of us" with Lin and "does not wish to take up the time of netizens who express support or scepticism".

The Weibo post also included two screenshots of private messages that date back to Aug. 5.

The private messages appear to be sent by the same user, telling Lin to cheer up and to take care of himself.

While the messages have been gaining attention, they are mostly words of support and longing and do not contain any hard evidence or specific allegations about the singer.

As a result, some Weibo netizens encouraged the user to divulge hard-hitting allegations if they had any, while others advised the user to stop spreading baseless rumours to avoid getting sued.

Congratulations! You have made it to the end of the article (whether by speed-scrolling or otherwise). This alone qualifies you to apply for the role of a Lifestyle & Entertainment writer at Mothership. Click here to find out more.
Top images via @jjlin and @jfj_productions on Instagram.