A lawyer representing Night Owl Cinematics (NOC) has sent a letter of demand to the user or users behind the anonymous @sgcickenrice Instagram account.

Over the past week, the anonymous Instagram account had posted allegations of employee mistreatment and verbal abuse by the 33-year-old Sylvia Chan, who is the co-founder of NOC.

The allegations were submitted by "insiders", likely employees or former employees of the YouTube channel.

@sgcickenrice was then slapped with a cease and desist letter on Oct. 11, demanding that they stop publication of all allegations, or face a legal suit.

A lengthy list of claims was also highlighted by the lawyers, along with the individuals that were affected by each claim.

The letter argued that the publication of these claims had caused "harassment, alarm, and dismay", as well as a disruption to the business and loss of sponsors.

At the time of writing, all but one post has disappeared from the account's feed.

The remaining post is an audio clip of Chan allegedly discriminating an employee named Samantha and using profanities while referring to her.

Although some followers have suggested for @sgcickenrice to set up a crowdfunding campaign, the page said that they are unable to do so as they are anonymous, and added that they have already gotten legal advice. 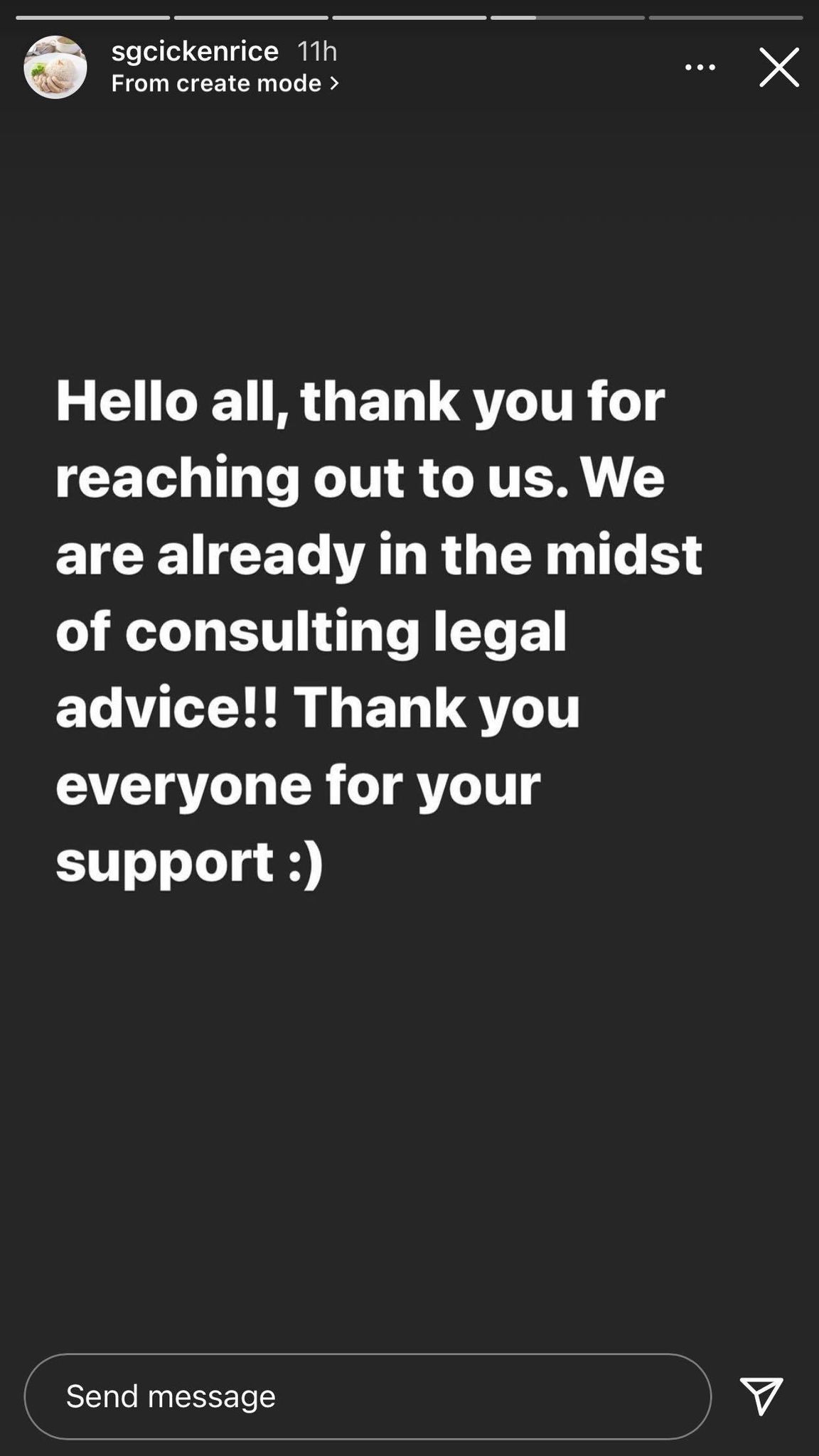 On the same day (Oct. 11), NOC released a statement on its Instagram page as well.