With their high-pitched squeaks, loping gait and furry faces, otters are beloved by many in Singapore.

This is especially so since their population has become more widespread around the island, and otters are sighted in more urban areas.

A recent video however, showed how people's enthusiasm for the creatures can go a tad overboard.

The video was shared on Facebook by one Carrie Seow, with the caption: "Man and nature living in harmony?"

In the brief clip, a family of roughly 14 otters were seen running up a grassy slope at the Singapore Botanic Gardens.

The otters are followed closely behind by a large crowd of children and adults snapping photos.

One of the otters pauses to lie on the grass, before it is startled off by a child running over to kneel right beside it.

Many in the comments section of the post lambasted the parents who let their children run after the otters.

Others said that although the scene gave off a semblance of harmony between man and nature, visitors should still keep their distance from wildlife to avoid encroaching on their personal space. 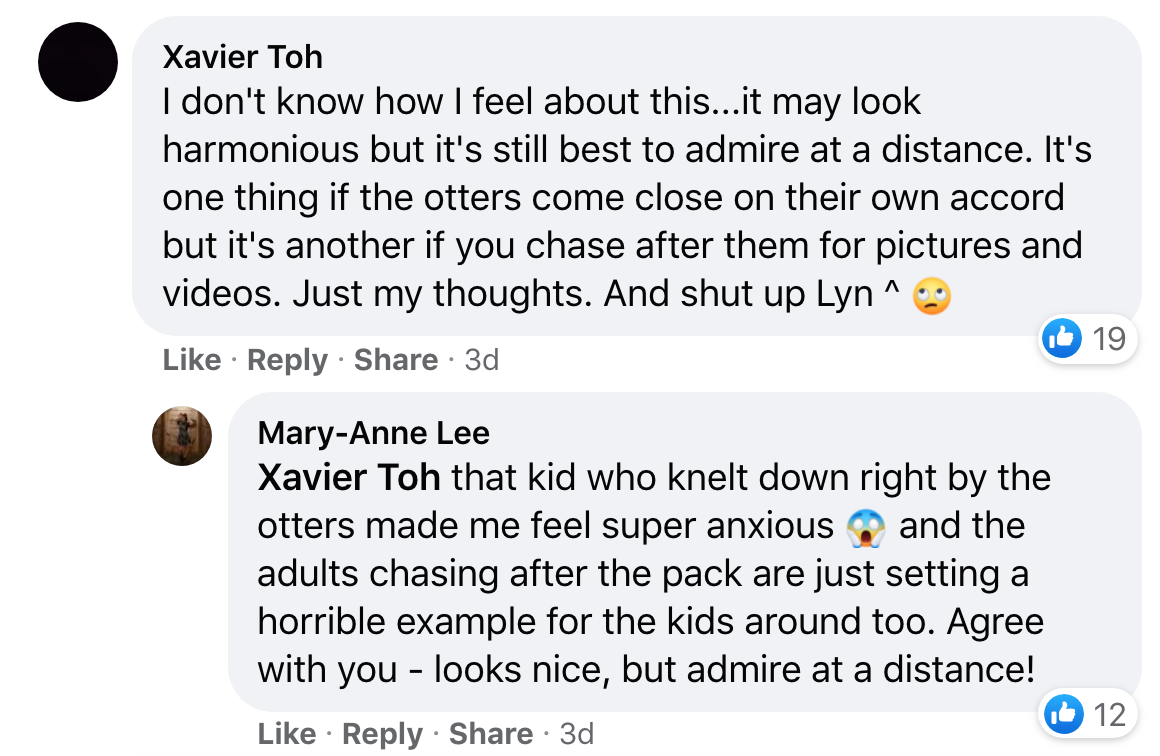 Some commenters also added that going too close to the otters could result in instances of conflict, such as the creatures potentially biting people in self-defence. 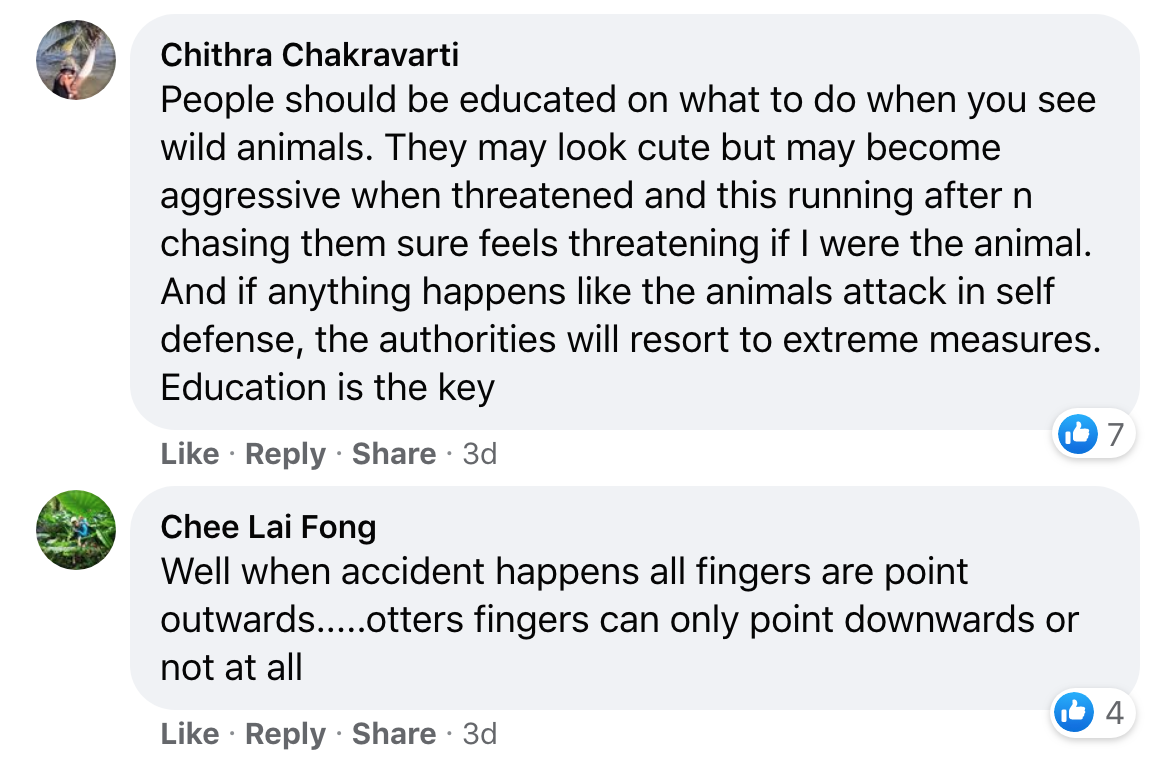 Local otter community group, Ottercity also weighed in, echoing some of the points that Facebook users brought up.

Ottercity identified the family as the Zouk family, which has previously been sighted wandering around various urban and residential areas.

Although Ottercity acknowledged how excited children can get when seeing wildlife like this up close, it called for parents to supervise their children and keep their dogs leashed.

Two points of advice Ottercity brought up were:

Ultimately, should one come across otters in Singapore, give them space by keeping a distance of at least five metres, and simply enjoy the experience.

"Some parents take the opportunity to educate young ones about our amazing urban otters - after all, no place else in the world has wild otters mingling in such a unique manner within a human dominated landscape. It's like we've earned their trust.

We can treasure the experience and keep it magical - just give them space."