A public Facebook group with some 15,000 members is raising money for the wife of a food delivery rider who died on March 23 night after he was allegedly hit from behind by a Mini Cooper while waiting to make a turn at the T-junction of Tampines Road and Hougang Avenue 1.

The deceased man's wife said she can never forgive the 34-year-old driver, who was subsequently arrested for drink driving and careless driving causing death.

The Facebook post on the Can Eat! Hawker Food group, put up by Larry Lai on March 29, provided details on how to contribute money to the widow, identified as Crystal Peh.

The victim, Simon Teo, 42, leaves behind an eight-year-old daughter and his wife.

Chinese media Shin Min Daily News previously reported that Teo was wearing a pink uniform and performing his food delivery duties when he was struck by the car.

It was also reported that Peh managed to see her husband one last time at the scene of the accident as a member of the public used the fallen man's phone to call his wife who lived five minutes away.

The group said it has obtained the permission of the victim's wife for contributions to be sent to her directly via a phone number listed on the post.

Monetary donations can be transferred to Peh as the recipient using the PayNow service that allows people to send and receive money using a mobile number.

The post also said Peh will acknowledge receipt of the donation. 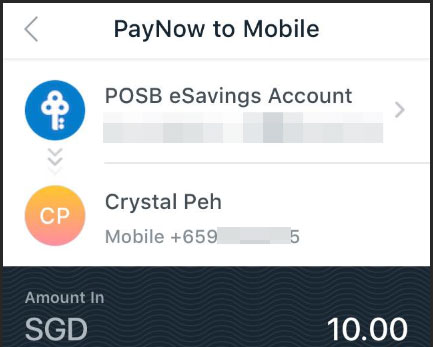 Within 15 hours, the post listed at least 25 names and partial phone numbers of donors to acknowledge their contributions. Those keen on donating can refer to the original post on Facebook for Peh's phone number and any new updates pertaining to making donations.