A gravestone for Kopi-O, the beloved late Pulau Ubin community dog, was finally placed on his grave, almost a week after he tragically died following a hit-and-run incident on the island.

Photos and videos of Kopi-O's gravestone and his grave were provided by a Mothership.sg reader who personally visited the grave.

Following Kopi-O's death on Feb. 3, he was buried on the offshore island at an undisclosed location.

Details of his grave were scant, as Kopi-O's owner had requested for space to mourn privately.

Close to a week after Kopi-O's passing, Mothership.sg understands that the dog's owner is allowing the public to visit the final resting place.

To get to Kopi-O's final resting place, visitors have to look for a taxi driver on Pulau Ubin, who goes by the name Ah Koh.

Ah Koh drives a van, which has the PU160 plate number, and he would be the designated driver to bring visitors there.

Kopi-O's final resting place is beside a water body, according to a video showing its location.

Kopi-O was known to have no qualms immersing himself in puddles of water or in the sea, as he was an outgoing dog who stuck by his human companions. 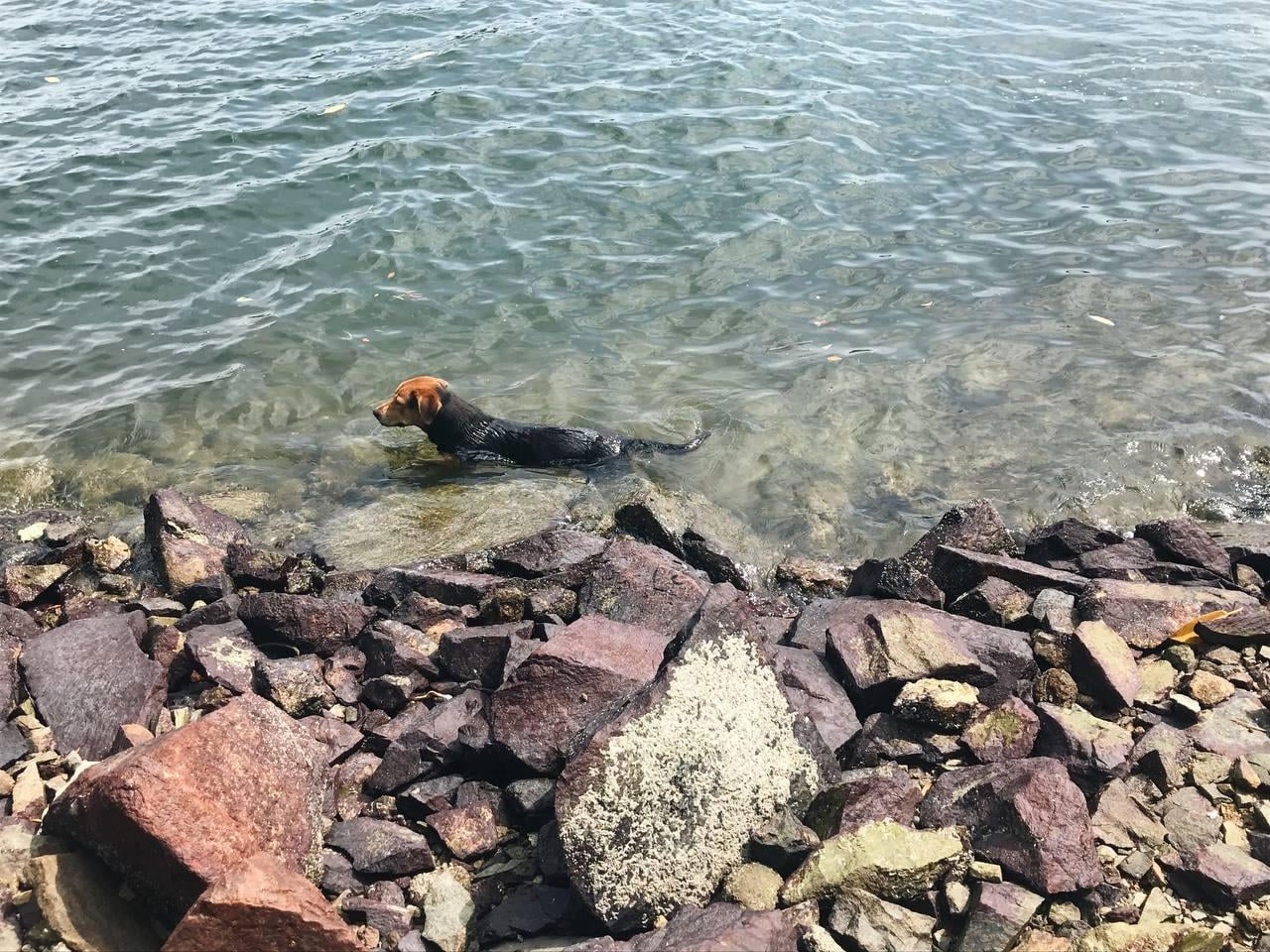 Following Kopi-O's death, he was buried promptly by his owner and other Ubin residents in an unadorned grave. On Feb. 9, the Mothership.sg reader provided an update about a gravestone being made for Kopi-O and brought to the island. 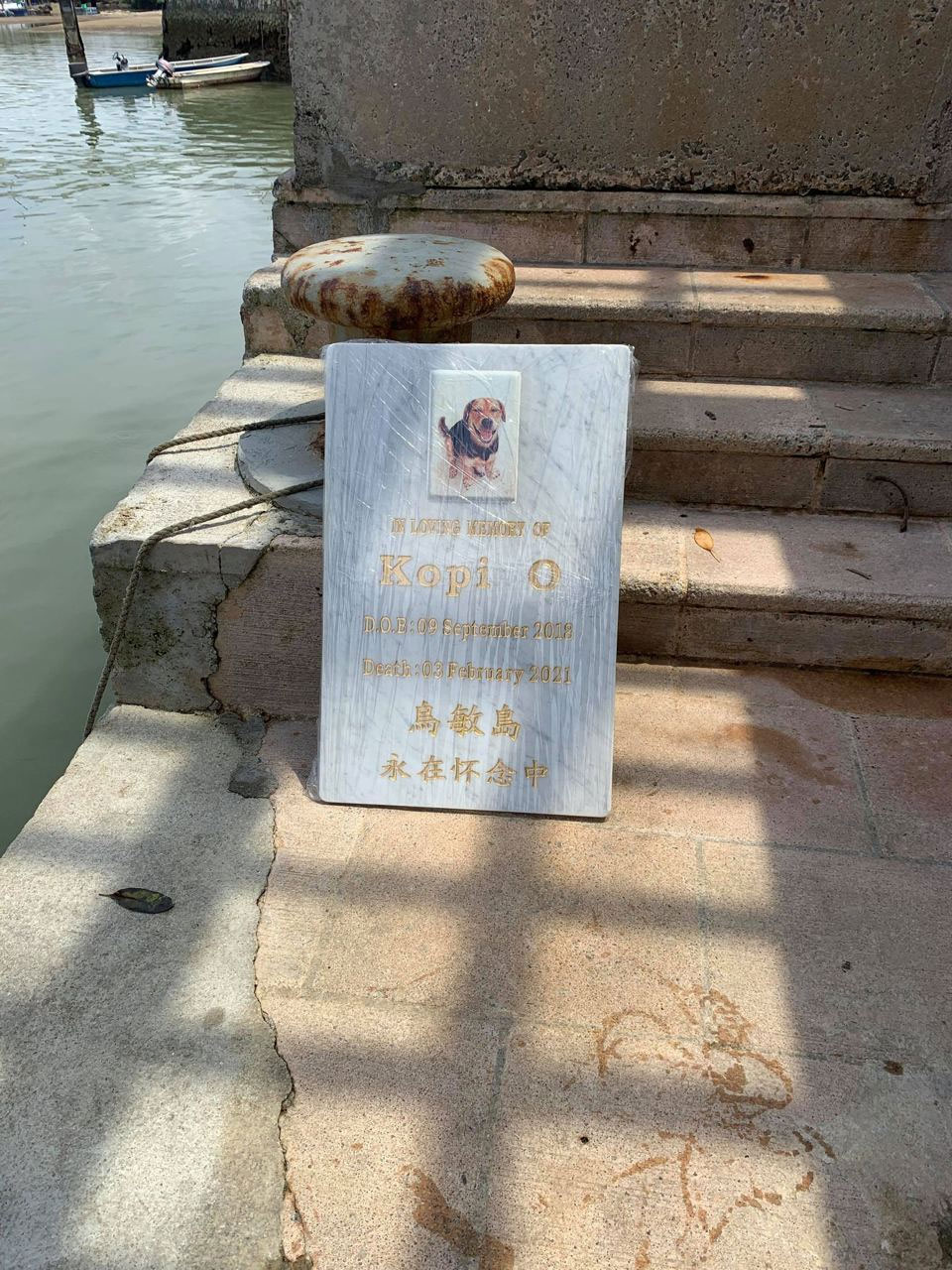 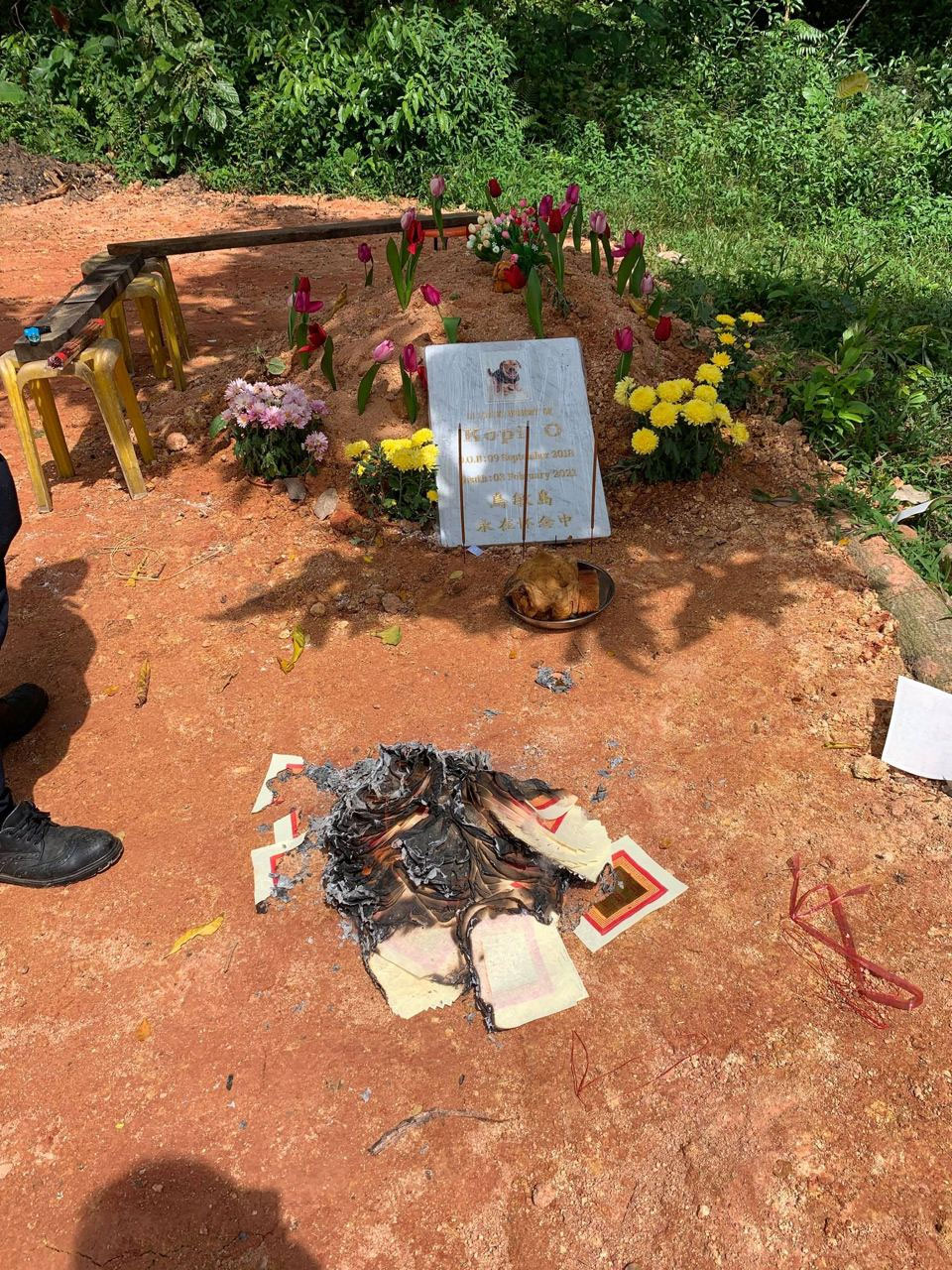 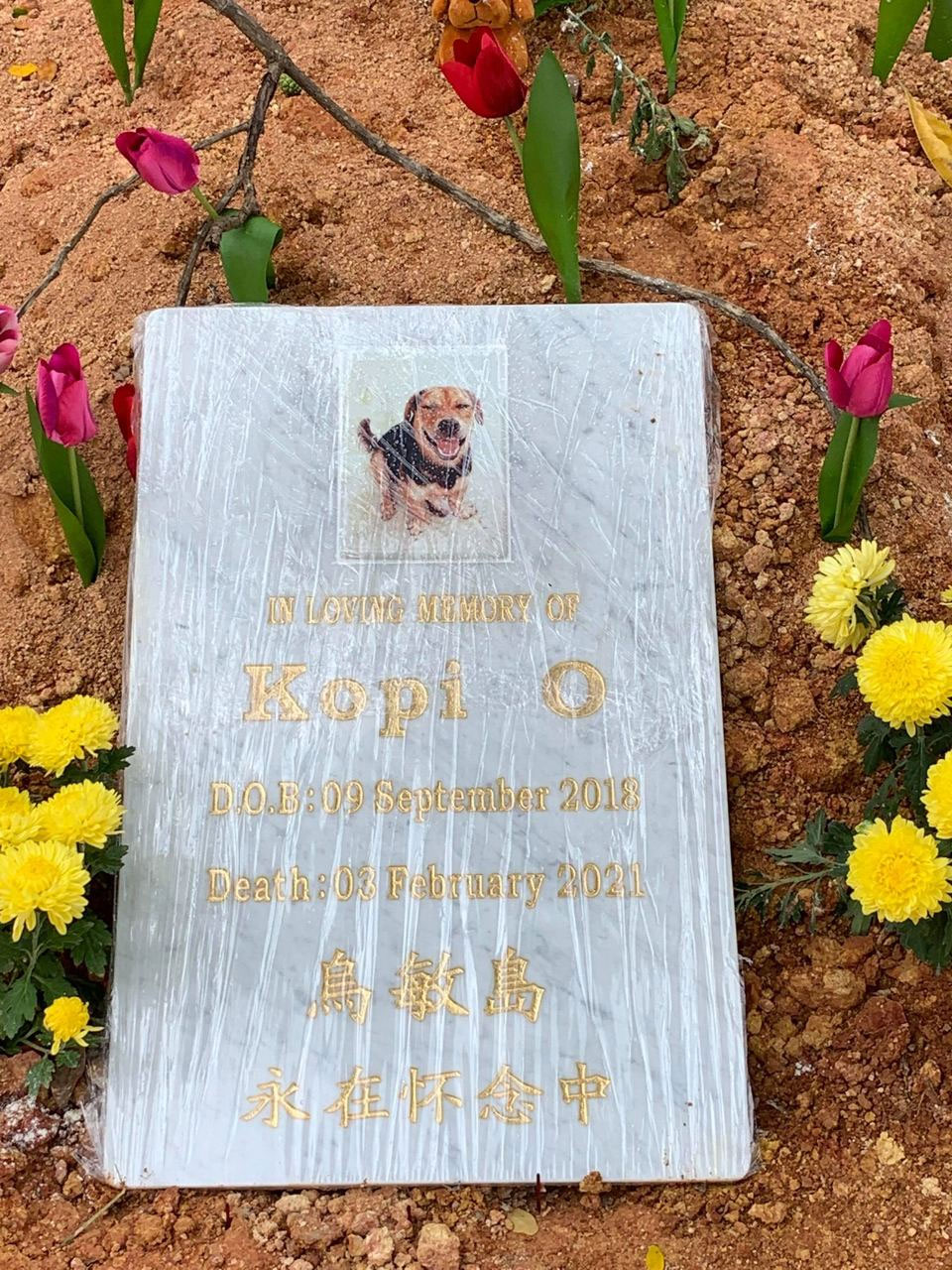 A private ritual was held, which included offering meat and incense to Kopi-O. All media via Mothership.sg reader