Several people made their way from mainland Singapore to Pulau Ubin on Saturday, Feb. 6, 2021, to share a quiet moment together at the spot where the island's late community dog, Kopi-O was killed after it was hit by a vehicle three days earlier.

The group brought along flowers and a painted picture of Kopi-O, and left it at the spot where the dog was killed.

The illustration was done by frequent Ubin visitor, Terence Tan (in green singlet in photos), who then gifted the portrait of Kopi-O to the island's residents. After his visit to the island, Tan wrote in an update to his Facebook post on Saturday, Feb. 6, that some of the workers and residents on Pulau Ubin are still distraught from the incident.

In a subsequent post on Sunday, Feb. 7, Tan shared about what the group of well-wishers did while there.

The group had avoided going to the dog's grave out of respect for Kopi-O's owner, who had requested for some space to grieve in private.

Instead, the group went to Ah Ma Drink Stall, which was Kopi-O's favourite hang-out on the island where he was usually seen with his brother, Teh C.

Tan also shared in another post the exact location on Pulau Ubin where Kopi-O was hit by a vehicle.

That spot was where Kopi-O would frequently stop to rest.

Tan also wrote about how he felt that Kopi-O is different from Hachiko, the loyal dog in Japan who never left its spot waiting for its owner to return.

This was after many commenters online made that comparison.

Tan wrote: "Having worked with residents of Ubin and lived there for a brief time, you can see how much dogs are a part of the town’s community, unlike the way we raise one dog to one household in Singapore."

He added: "Kopi-O was a little hero who enjoyed meeting many humans and dogs, kept his own sense of independence, and watched out for anyone who passed his way."

Tan also said that he will paint a few more pictures of Kopi-O in the future, as a way to "commemorate this really special dog". 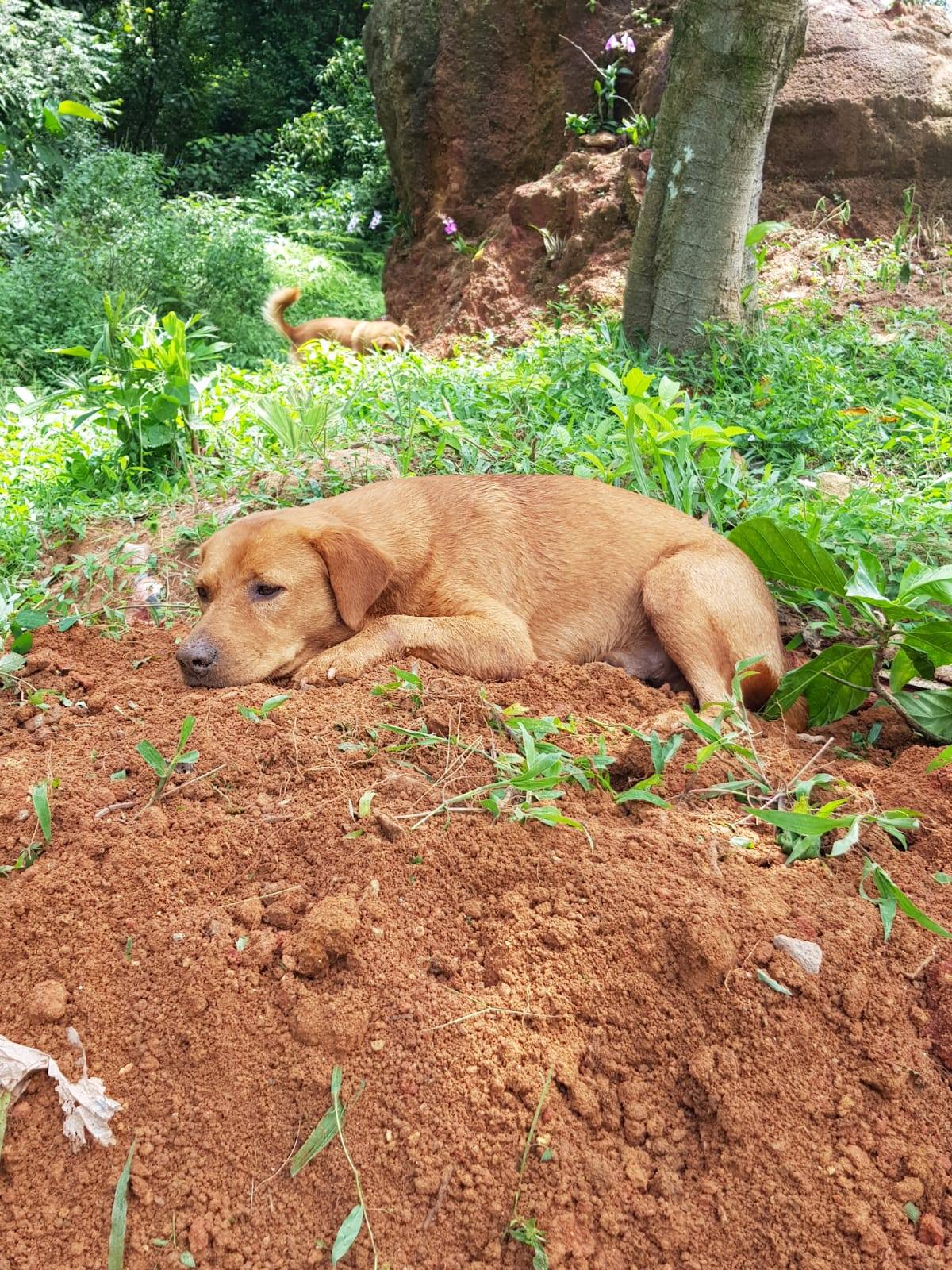 Top photos via Terence Tan & via