We attempt to address some key questions regarding the upcoming CEC election:

The Workers' Party (WP) will vote on the party's next central executive committee (CEC), the highest decision-making body this Sunday (Dec. 27).

They will elect the WP's secretary-general and chairman for the next two years, as well as 12 other members.

WP's internal election after a GE can sometimes be seen as a referendum on its own leader's electoral performances in GE.

Its first CEC election after GE 2015 was a dramatic one.

Many had expected Low, as well as Lim, to be re-elected into their positions unopposed, but some, including former NCMP Yee Jenn Jong in his recent book, acknowledged that WP "had a bad GE2015".

During the 2018 CEC election, Low abstained from the vote, but was eventually re-elected successfully with 61 votes to Chen's 45.

Will there be a contest for the sec-gen position again after this GE?

The other big question for this year's CEC election is whether Lim, who has held the chairperson post since 2003, will make way for new blood as leadership renewal continues in the party.

Here, Mothership attempts to address some of the key questions for the upcoming CEC election.

1. Will Sylvia Lim retire as chairwoman?

In the past two weeks, there was speculation that Lim may not run as chairwoman.

This is based on Lianhe Zaobao's observations that 1) Lim is the longest-standing chairman of WP since its founding; and 2) Lim has not explicitly mentioned that she was seeking re-election.

While this is a departure from 2018, where Lim stated that she would run for Chair two months before the actual CEC election, the circumstances were different then.

In 2018, there was a likely change in Sec-Gen -- Low had announced publicly in November 2017 during WP's 60th anniversary dinner that he will not contest the leadership of the party.

Hence, Lim's early declaration could be seen as a move to show publicly that there was continuity in WP's leadership even with a change in sec-gen.

Moreover, Lim remains young at 55 years old, for she is younger than most of the political leaders in Singapore.

Yee told Lianhe Zaobao that the role of the WP chair is an important one and should be a position held by a parliamentarian with a certain status in the party.

This means that there are not many candidates to choose from.

Lim, together with Singh and Faisal Manap, are the only experienced elected parliamentarians.

Three of them are three-term MPs, while their Aljunied GRC, Sengkang GRC, and Hougang SMC teammates are into their first terms as elected MPs.

Faisal Manap could be a possible successor to Lim, but this would result in WP being led by two minority-race leaders.

Singh and the WP leadership would likely have to consider the sentiments of the Chinese ground, especially since Singh had apologised for its absence at the GE 2020 Chinese debate.

2. Will Pritam Singh be challenged in his sec-gen position, like Low in 2016?

The newly appointed Leader of the Opposition (LO) had a good GE, leading the WP to its best electoral performance ever.

Yee also told both The Straits Times and Lianhe Zaobao that he did not think anyone would challenge Singh at the CEC elections.

Yee, who was in the same WP cohort of GE2011, also praised Singh in the Lianhe Zaobao interview, saying that Singh was the "one who learn the fastest" from Low.

3. Will the Sengkang GRC MPs get in? 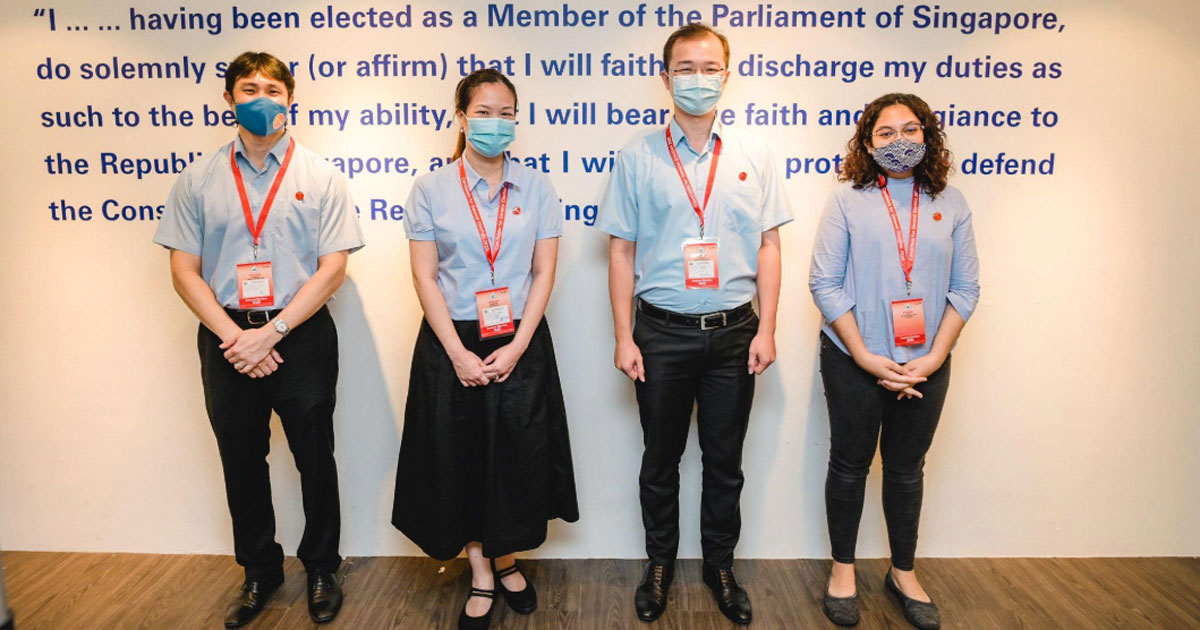 According to Yee, it is almost a given that a sitting WP parliamentarian will be voted in.

This is because in the CEC voting from 2012 to 2018, there were only eight to nine parliamentarians to fill the 14 CEC positions.

Yee also noted that those still serving as a parliamentarian had always been voted into the CEC.

Hence, there is a high likelihood that one or two Sengkang GRC MPs will be elected on their own, while the rest would be co-opted later.

There are precedents to first-time candidates being voted into the CEC.

A political observer told The Straits Times that He Ting Ru, who is Sengkang GRC Town Council chairwoman, is likely to be in the CEC.

In terms of co-opting new members, WP has also worked on the principle that parliamentarians should be on the CEC.

According to Yee in his book, "Journey In Blue: A Peek Into The Workers' Party Of Singapore":

"In 2011, after the general election, Chen Show Mao, Pritam Singh, and I were co-opted as Low Thia Khiang felt that those who had made it to Parliament should be on the CEC. Prominent members who had been co-opted prior to them becoming parliamentarians include Dennis Tan, Daniel Goh, and Leon Perera. By co-opting into the CEC, the leadership team becomes strengthened. The co-opted member also has the opportunity to show leadership ability and thereby stands a better chance to be elected in future CEC elections."

4. What will happen to Low? Will he stay on in the CEC?

There is the biggest question mark in this CEC election.

In Low's video message during GE2020, he said that although he is stepping down as a parliamentarian after 29 years, he emphasised that he is not retiring from politics.

He added that he will be advising the WP's younger generation and will continue to walk the grounds with the WP.

On Christmas Eve, Low was mentioned by Singh as one of the WP leaders who will stand in for Sengkang GRC MPs He and Raeesah Khan for house visits, estate walks and meet-the-people sessions.

The two WP MPs will be going on maternity leave.

Will Low continue to be part of the CEC? Will his colleagues continue to vote him in as their mentor?

There are still four CEC seats available even if the cadres choose to vote for all its ten parliamentarians.

It all depends on whether Low wishes to still put his name in the hat as a CEC member.

5. Who will be the potential new CEC members?

Most of them are top vote-getters in the 2018 CEC election and are likely to voted into the new CEC.

This still leaves six positions up for grabs.

Currently, Low remains on the CEC, although he did not run for the most recent GE.

There are seven WP CEC members who did not run for elections, but are currently in the CEC.

Many of the seven WP CEC members are likely to retire from the CEC.

So who are the potential new CEC members besides the four Sengkang GRC MPs?

Current and former CEC members like Kenneth Foo and Terence Tan are likely to be in the running.

14-member CEC and the cadre system

The WP's constitution provides for a maximum of 21 members.

A total of 14 seats are up for grabs at the elections held during the party's organising members' conference (OMC).

The 14 elected CEC members, including the chair and sec-gen, can then "co-opt up no more than seven members".

According to its constitution, the CEC "shall elect from its members one or more Vice-Chair, Treasurer and such other officials as it deems necessary". It can also nominate persons from the cadres to fill vacancies within its body whether amongst the elected or co-opted members.

According to Yee, in his book, the sec-gen will decide the positions within the CEC.

He or she will contact the elected CEC members individually to work out the positions.

According to Yee, there may be around 20 or more candidates competing for the 12 CEC member positions.

Each cadre member can vote for up to 12 from those nominated.

To be elected, a candidate requires roughly about 40 per cent of the vote. Votes exceeding 50 per cent would be a good result. The best scorers would be above 60 per cent.

In the last CEC election, Low, Faisal Manap and Dennis Tan got the most votes.

How does one become a cadre member?

The CEC must vote to accept new cadre members.

Previously, past General Election candidates would automatically be cadre members.

After GE2011, members were required to be nominated by two members of the CEC.

At the CEC meeting, the supporting CEC members must present the case for why the nominated member should become a cadre by listing the member's past contributions.

This is followed by a voting by all CEC members in attendance. Members with 50 per cent or more votes will become a cadre.

A member will remain a cadre unless the CEC votes to demote or expel the member.