With the "circuit breaker" mode kicking in as of Apr. 7, Singaporeans have been advised to go out only to do "essential" things.

Only "essential" services, such as those providing food, are allowed to remain open. However, Singaporeans will not be allowed to dine-in.

Despite these measures, however, some people are still refusing to comply.

According to a Facebook post by Quincy Yong, she shared some photos of some people at People's Park Hawker Centre.

In her post, she claimed that people were gathering, dining in and chit-chatting with their friends.

Some others have also shared photos on Facebook involving people sitting around:

In the video, a long line of people were spotted queueing for food, with safe distancing between each person in the line.

In response to the video, some pointed out that there was nothing wrong with what they were doing since 1) they are technically allowed to take-away food, and 2) they were abiding by safe distancing measures.

Some also mentioned that not everyone can rely on online delivery: 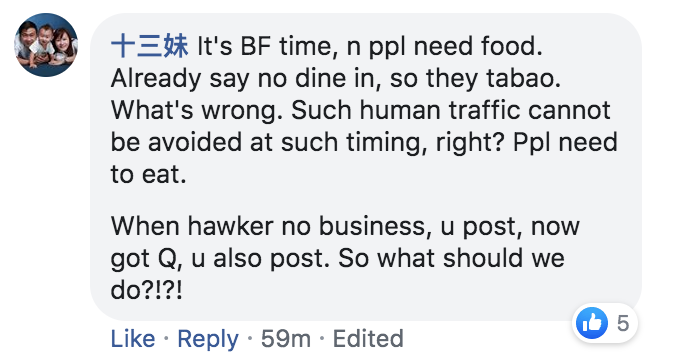 Others, however, felt that people should be putting in more effort to stay home: 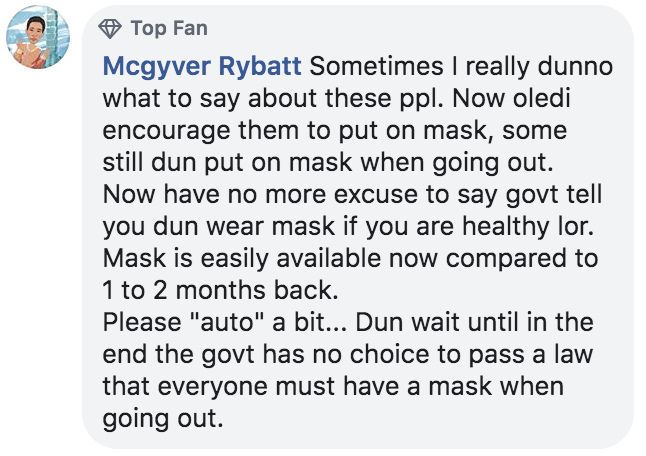 👁️‍🗨️💻
Know someone who experienced cyberbullying?

🤭🎮
Do you play games while working from home?

📅💻
A list of online events to brighten up your stay home situation.