The thing no one tells you about a global pandemic is how incredibly boring it can get.

With the latest directive from PM Lee on Apr. 3, we are all encouraged to stay home as much as possible.

And while we all do our part to reduce the risk of community spread, the walls of your house can feel quite confining after some time. But there’s a handy escape for anyone with an Internet connection and some free time -- video games.

Games these days don’t have to be solitary endeavours either. Multi-player gaming has grown in popularity, and millions of people across the world play together on their PCs, consoles, and phones -- sometimes even together through cross-platform technology.

The concept is simple. A team of five battles another team of five, each attempting to destroy the other’s home base. With three “lanes” you can use to reach enemy territory, and a boatload of characters to choose from, the game became wildly popular.

So popular, in fact, it was one of the games played in the 2019 SEA Games, when esports was introduced as a medal sport for the first time.

The thing about working from home every day, however, is that after a while, the lines between work and everything else get blurred. Things at home begin to remind you of the office, and vice-versa. Even playing video games may remind you of that particular colleague.

And it’s strange how after a while, you can assign a particular mobile gaming role to a particular colleague.

For those unfamiliar with the different roles in Mobile Legends: Bang Bang, there are six available, depending on your personality and preferred playstyle:

No, not the hulking berserker from Left 4 Dead, although they do play a similar role. In Mobile Legends, Tanks are your heavy hitters, the ones who charge forward and initiate fights, incredibly tough and able to pin down enemies in the battlefield, taking up most of the opposing team’s attention.

A good tank like Hylos will always be first into the fray, ready to soak up as much damage as possible to protect his teammates, and tackle the toughest problems.

Tanks resemble a Project Leader who always chiongs whatever assignment he’s given, but doesn’t mind helping you out if you find things getting out of hand. He may not be able to do everything by himself, but he makes it easier for everyone else to do their jobs.

While the Tank charges head-first into the fight, the Marksman hangs back to assess the situation. The Tank pins down an enemy, locking them in place. Before they escape, the Marksman takes aim, fires, and scores one for the team.

Marksmen like Miya may not be the most bubbly or outgoing of personalities, but under that quiet exterior, intense calculations are taking place. The Marksmen will wait for the opportune moment, and then come up with a solution that looks so easy, you’ll wonder why you didn’t think of it yourself. But it takes skill, patience and training to be a Marksman.

A good Marksman is like the older, more experienced colleague in the team, an executive with a couple of promotions under her belt. While you may be tempted to rush in, the Marksman knows the value of remaining calm and gathering all available information before acting. She then completes her task quickly and with minimum fuss. 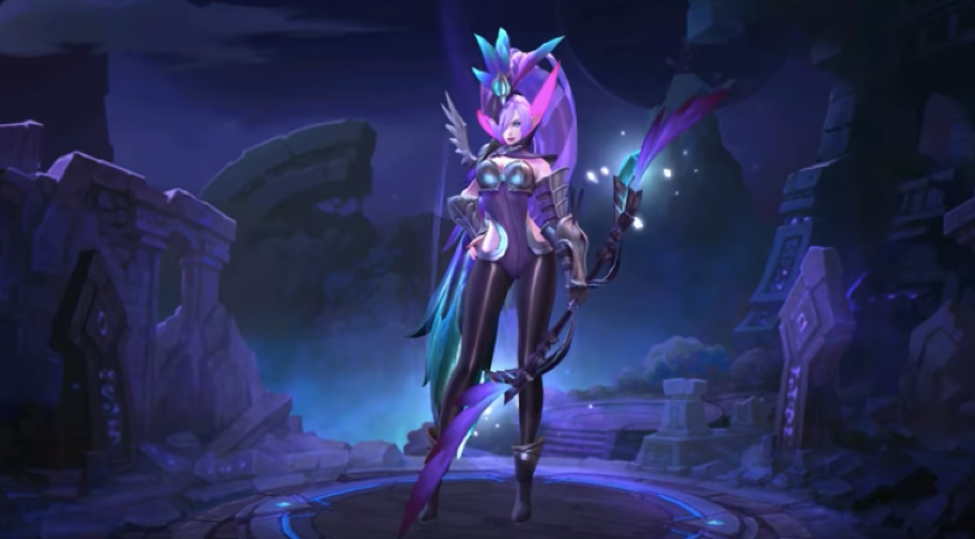 Tanks rush in, Marksmen hang back. But Assassins make full use of movement and the entire map. Focused on agility, mobility, and speed, Assassins seize the day with swift action.

Assassins are similar to a Sales Officer who has to go out and meet others and clinch lucrative deals. They impress you with their deft talk and persuasion skills. They can be as charming as Alucard, and just as efficient.

Just because they’re not chained to their desks round the clock, and you can’t see them, it doesn’t mean they’re not contributing to the team. They’re out there, focused on their targets, making sure that they do what needs to be done. 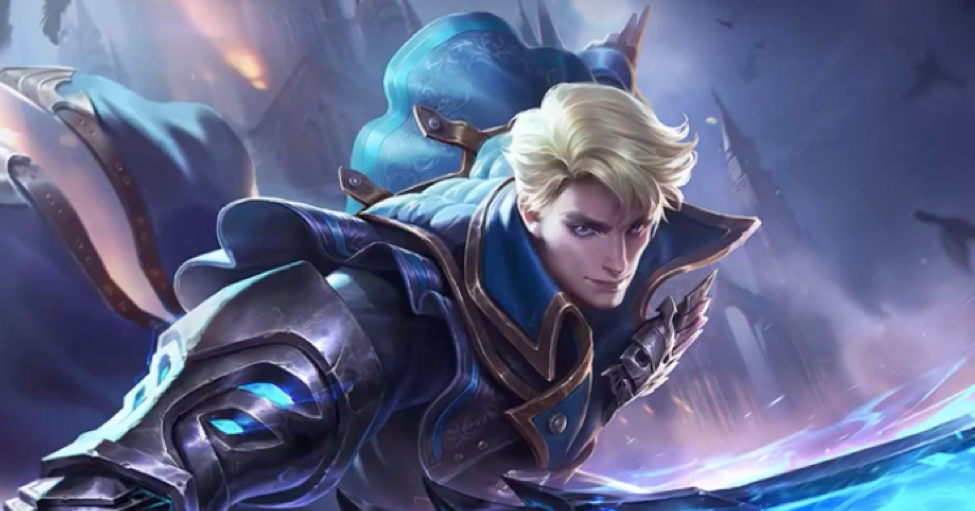 Mages possess immense abilities, have secret knowledge that other people don’t, and find solutions that you never thought possible. Remind you of anyone? That’s right, Mages are Tech Support.

No matter what job you do, it’s very likely that you use some kind of technology, even if it’s only email. And in a time when teleconferencing has become even more important, the IT guys are crucial in making sure that everything keeps running.

Having someone like Cyclops at your back, able to solve complex technical problems in the blink of an eye is invaluable. Never underestimate the importance of Tech Support. They are the glue that holds everything together. 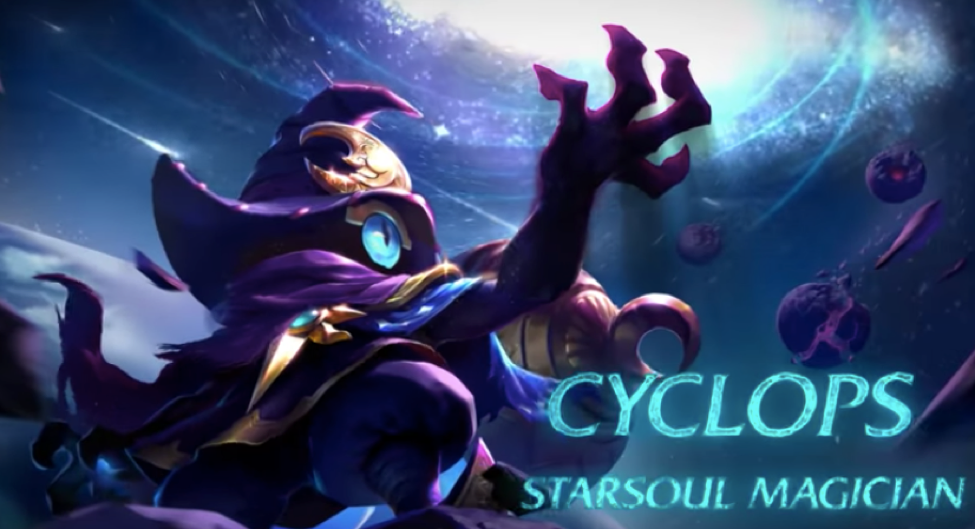 But a company isn’t just about hardware. With Mages taking care of the computers, who takes care of the workers?

In a stressful time like Covid-19, where people are under a lot of pressure, never forget the HR staff who look after your well-being. After all, if you’re stressed out and unhappy, you won’t do a good job in the first place.

Support characters provide a similar function, healing you, providing buffs, and giving you that extra bit of encouragement to push on and achieve your goals. A good Support teammate like Angela will always ensure you’re fighting fit. 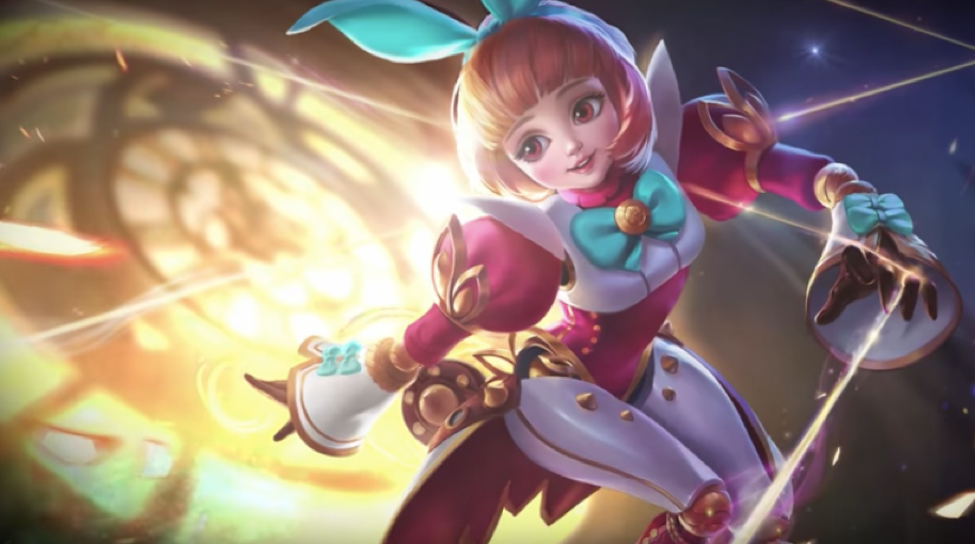 And while we may have some experience under our belts, it wasn’t so long ago that we were newbies, fresh out of school and ready to take on the world. We got our first job and felt that we could do anything.

Fighters are versatile and hardy, able to perform a variety of tasks. They are always up for a challenge, and complement the rest of their team in battle. A good Fighter like Lapu-Lapu could turn the tide and win the day for his team.

So be kind to the interns and new hires. While they may be young, they are eager to prove themselves, and with your help, they can achieve great things.

If you know one or two or all of these colleagues, you’re probably ready to form an awesome MLBB team to take part in the PVP Esports Community Championships 2020, which comprises competitions for both workforce and student gamers.

It will take place over two thrilling seasons, from April to June and August to November.

But Season 1 will kick off pretty soon, with the deadline for Corporate team sign-ups on April 13, 2020. You qualify if you are a group of full-time employees working within the same company, including the Singapore Armed Forces.

The Corporate team champions of Singapore will take home both eternal glory and a cool prize pool worth S$3,000, with the second and third place finishers getting S$2,000 and S$1,000 prize pools each. Imagine being able to brag about that once you return to your office!

The big showdown will be at the Regional Finals in July 2020, where you can compete for national pride - and more prizes - at the Indonesia Games Championship.

If you need some help finding teammates, you can do so at this Discord Channel.

Stay safe and Play Apart Together. You can sign up at this link.

This Esports tournament made the writer recall the times he spent playing DoTA when he should have been studying.