In what might be a historic first, a child in Singapore is asking to be caned, despite having done nothing wrong.

The child in question is the son of former Mediacorp actress Jacelyn Tay, who shared the moving anecdote in a Jan. 14 Facebook post.

According to Tay, the exchange with her son, eight-year-old Zavier Wong, took place on Jan. 13, during their bedtime conversation.

He had turned to her and asked, "Mama, can you cane me?"

When Tay asked why, Zavier explained that his friends are caned by their parents, but yet he has not experienced it.

Now, if you're thinking that this is just a (rather perverse) case of FOMO, you're wrong.

Zavier apparently added that caning would make him a good person, before "sobbing painfully".

When Tay explained that there was no need to cane him as he was not naughty, he was not convinced.

In response, the actress-turned-entrepreneur shared her parenting values with her son.

Tay said caning only inflicts punishment on the skin, when it is the heart and the mind that needs work.

Therefore, she prefers to educate the child on his behaviour through explanation and guidance, and have him take responsibility for his wrongdoings.

If the cane becomes a deterring factor, she reasons, Zavier might then be inclined to do wrong when there is no cane.

When the boy didn't seem convinced, Tay said, "The fact that you know you should be disciplined is definitely enough. I don't have to raise my hand."

Many followers agree with Tay

Tay's post elicited a number of comments from celebrities and non-celebrities alike, many of whom praised Zavier for his maturity and Tay's parenting methods:

"So touched by this little one's maturity" 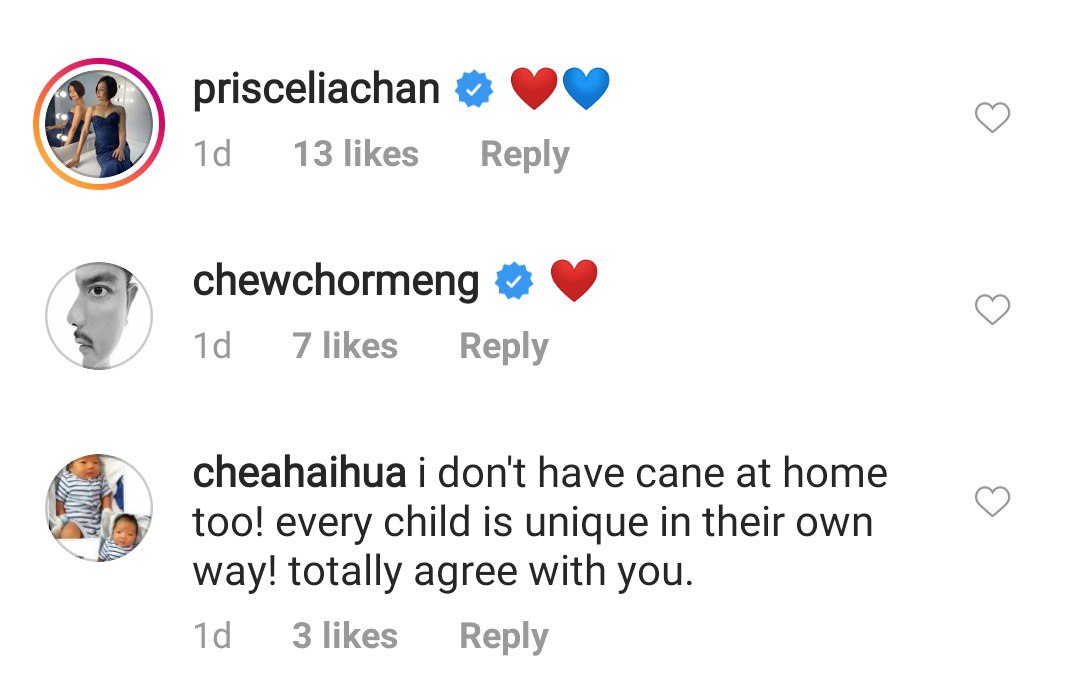 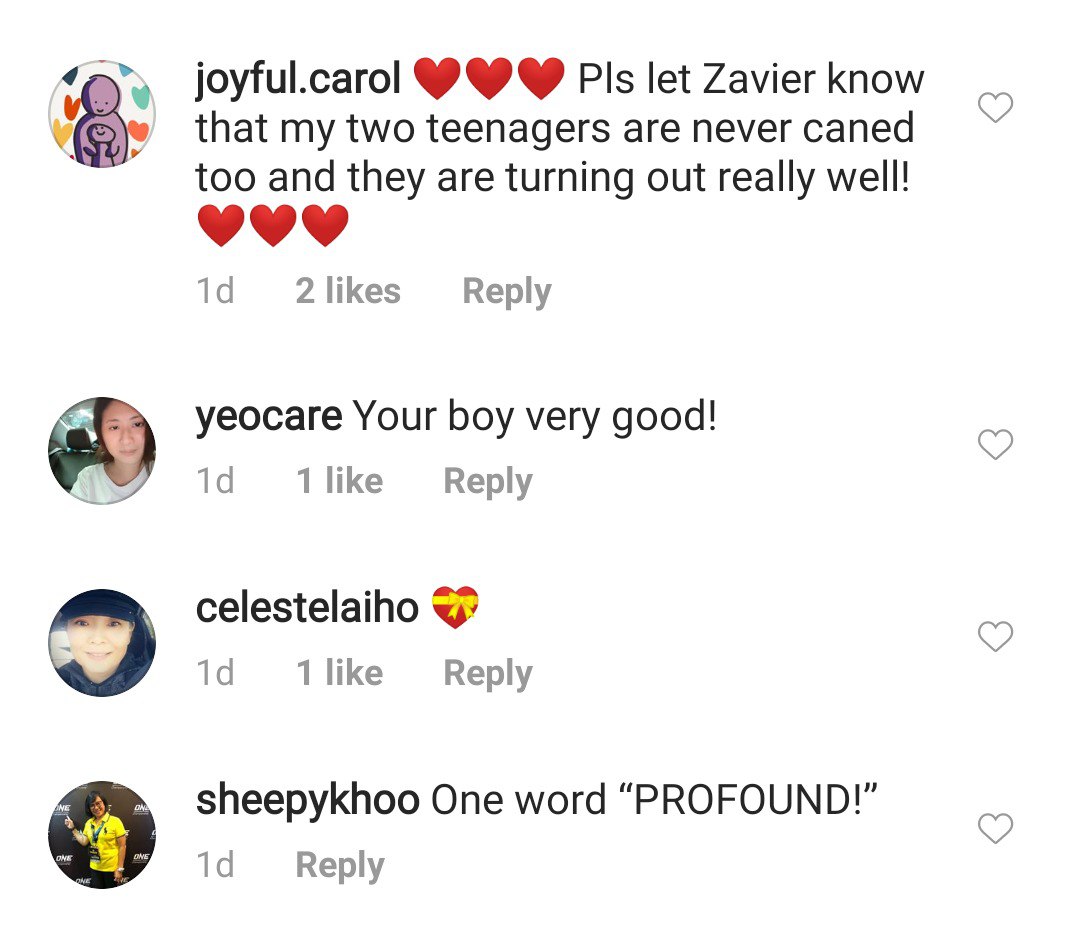 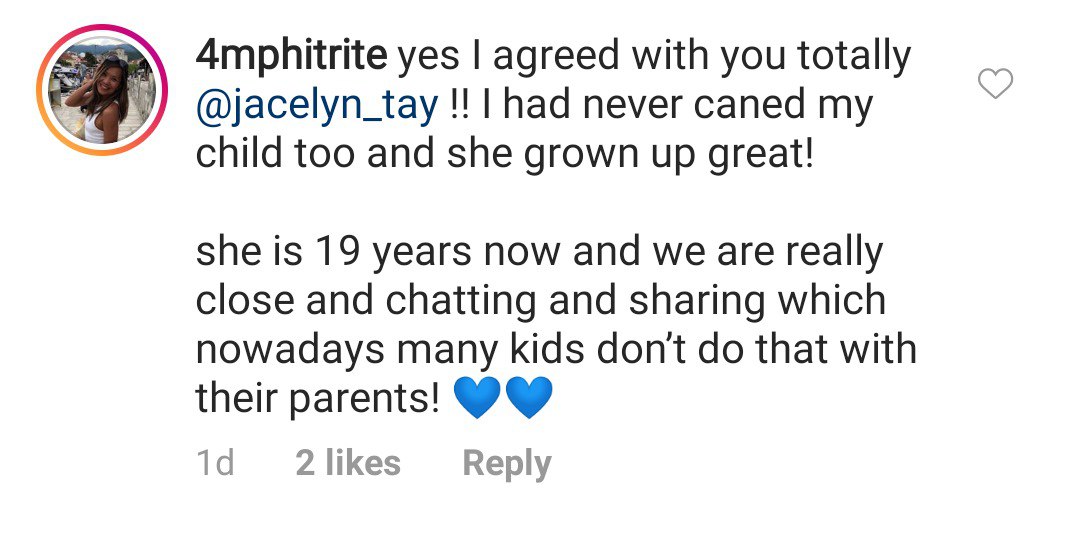 Others pointed out that some kids do need the cane to be raised well:

Or perhaps this might be the most effective of all:

??
This is how you can win angpaos while buying your new year clothes.

??
Technology can be scary for older folks, but it doesn’t have to be.