Sometimes, people take to social media to rant about things that frustrate them.

For one Twitter user in Malaysia, he recently tweeted about a GrabFood order that he had allegedly been charged for even though it was undelivered.

In response, Grab Malaysia promptly got back to him within the hour, apologising for the situation and assuring him that they would do their best to assist with this unfortunate mishap.

In their response, however, they had taken the customer's Twitter name very seriously, addressing him by his Twitter name.

Which just so happens to be "crackhead". 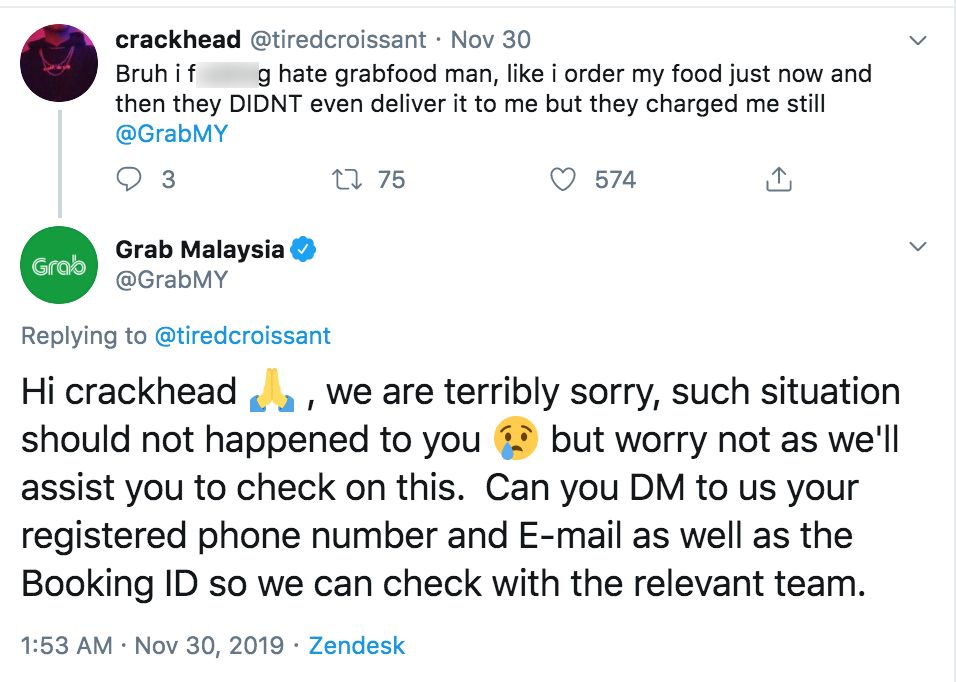 This immediately led the original Twitter user to ask, "are you calling me a crackhead":

R u calling me a crackhead https://t.co/1q65oM1TvF

Others were also quick to point out the hilarity of the situation.

Dont you mean "grabbed" the chance?

But to be fair, the alternative was to address the user by his Twitter handle.

AHHAHAHAHA WHAT EVEN at least, address him/her as tired croissant 😂