Özil tweeted his thoughts and feelings on the controversial topic in Turkish on Dec. 13:

Here is the full translation of his post via Ilmfeed: 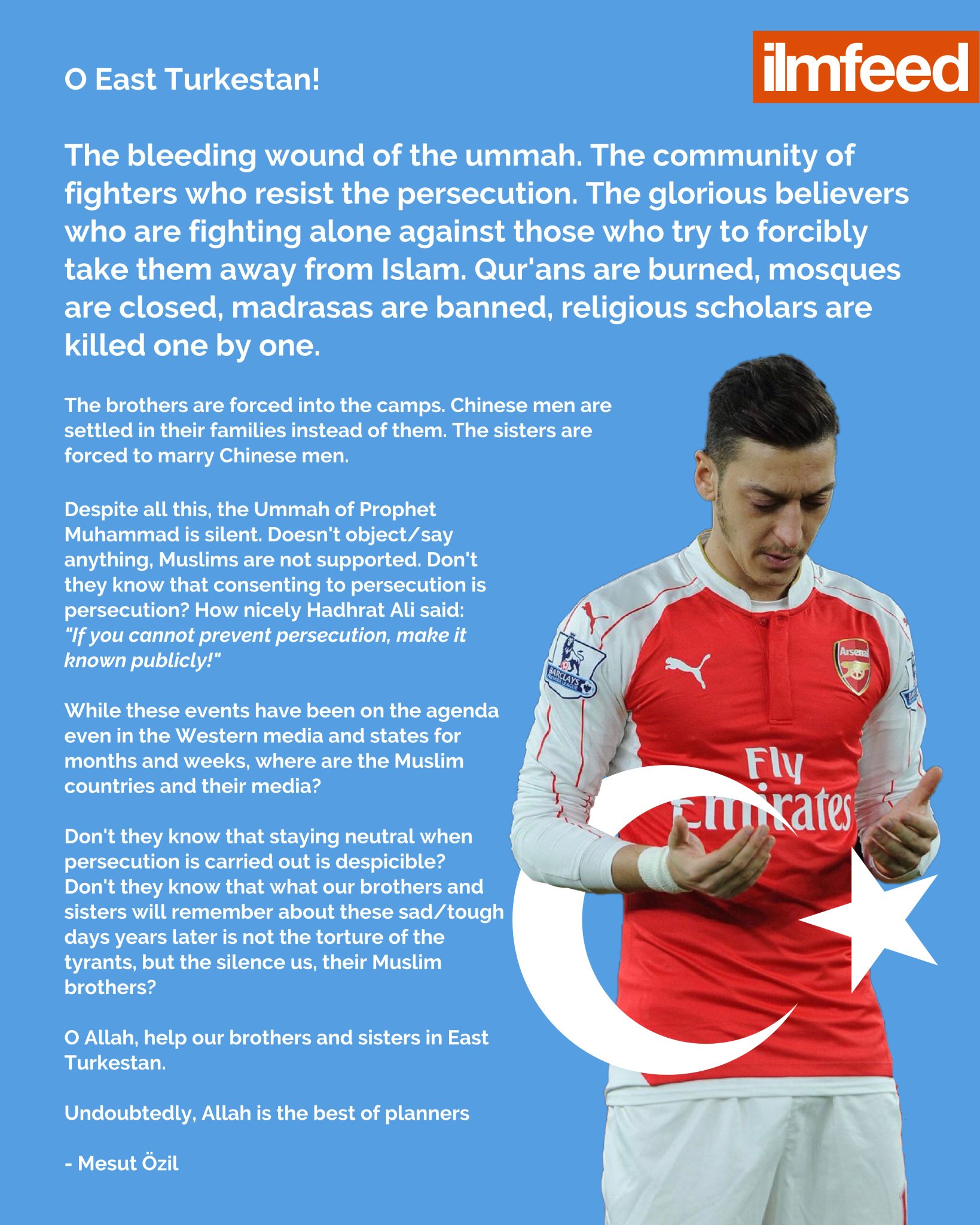 Following Özil's posts, the match between Arsenal and Manchester City was removed from the broadcast schedule of China Central Television (CCTV) on Dec. 14.

The match, which was scheduled for Dec. 16, was replaced by a replay of Tottenham Hotspur's match against Wolverhampton Wanderers instead.

Arsenal and Tottenham, both London-based clubs, have a long history of rivalry.

Arsenal distanced itself from Özil's views

According to the BBC, Arsenal had distanced itself from Özil's comments.

Here is the club's statement via BBC:

"Arsenal is always apolitical as an organisation.

Following social media messages from Mesut Özil on Friday (Dec. 13), Arsenal Football Club must make it clear that these are Mesut's personal views."

International media outlets such as BBC, New York Times and Washington Post have consistently reported on China's treatment of the Chinese Muslims in the concentration camps in Xinjiang, western China.

The Muslim men are allegedly indoctrinated, locked up and used for medical experiments, while the women are victims of gang-rapes.

China, however, has dismissed all allegations, saying that they are “fake news".