Rainie Yang has recently resumed her 'Youth Lies Within' world tour as she held her concert on Nov. 2 in Malaysia,  following her marriage with fellow singer Li Ronghao in September. 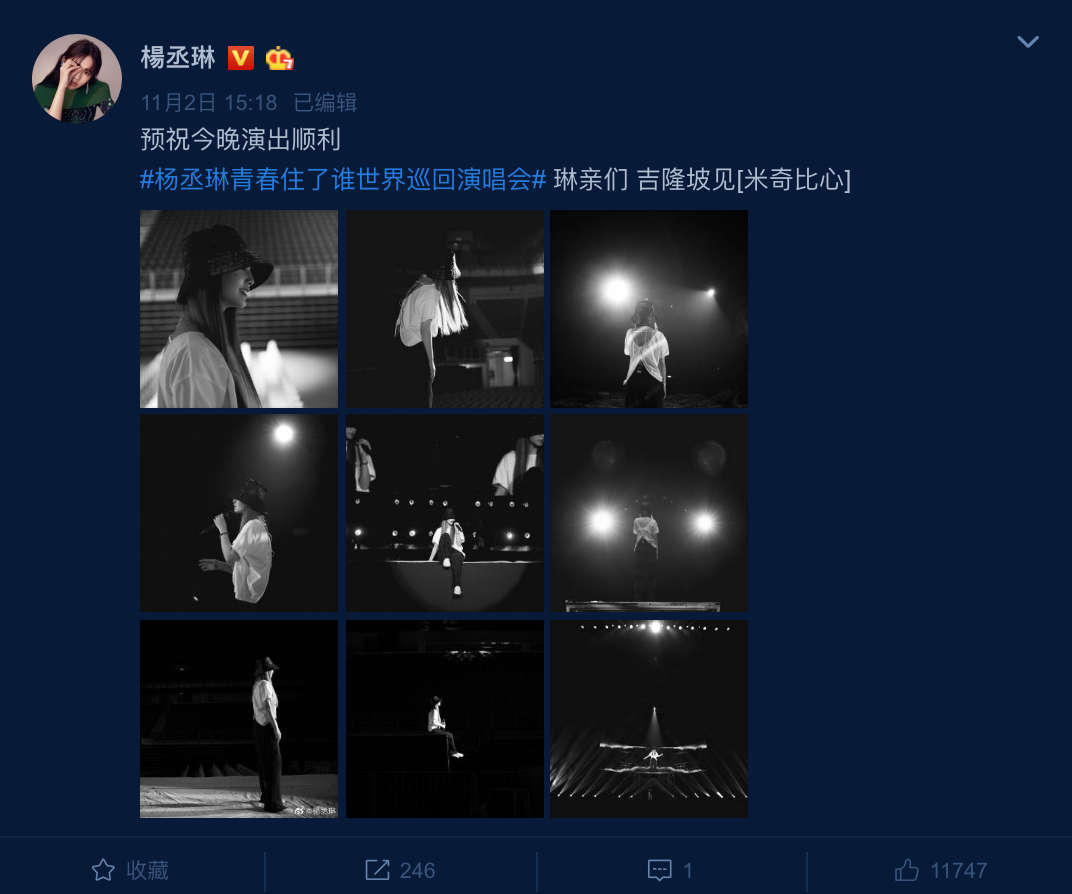 While all seems pretty normal on Weibo, a sudden disappearance of her Instagram posts came as a shock to her followers.

Earlier today (Nov. 4), fans noticed that Yang had wiped out her Instagram history, leaving only one post, which was shared around noon.

It didn't show much, though.

The drastic move was followed by a series of Instagram Stories, most of them sounded a little melancholic.

"What was the reason behind your most recent breakdown?"

"Do you feel lonely when you're alone?"

"What do you hate about yourself the most?"

"Do you feel like you owe someone an apology?"

"Have you ever put on a pretense before?"

"Have you ever been betrayed by someone close to you?"

"Have you ever felt jealous, or broken in a relationship before?"

"Have you ever felt like you can't help falling in love with someone before?"

"Do you feel that it's a pity to waste your time on someone?"

Rather than assuming the worst, it's possible that the sudden Instagram wipeout has something to do with the singer's next album release.

Late October, Yang also shared that she has dyed her hair for the new album which will be released by the end of 2019. 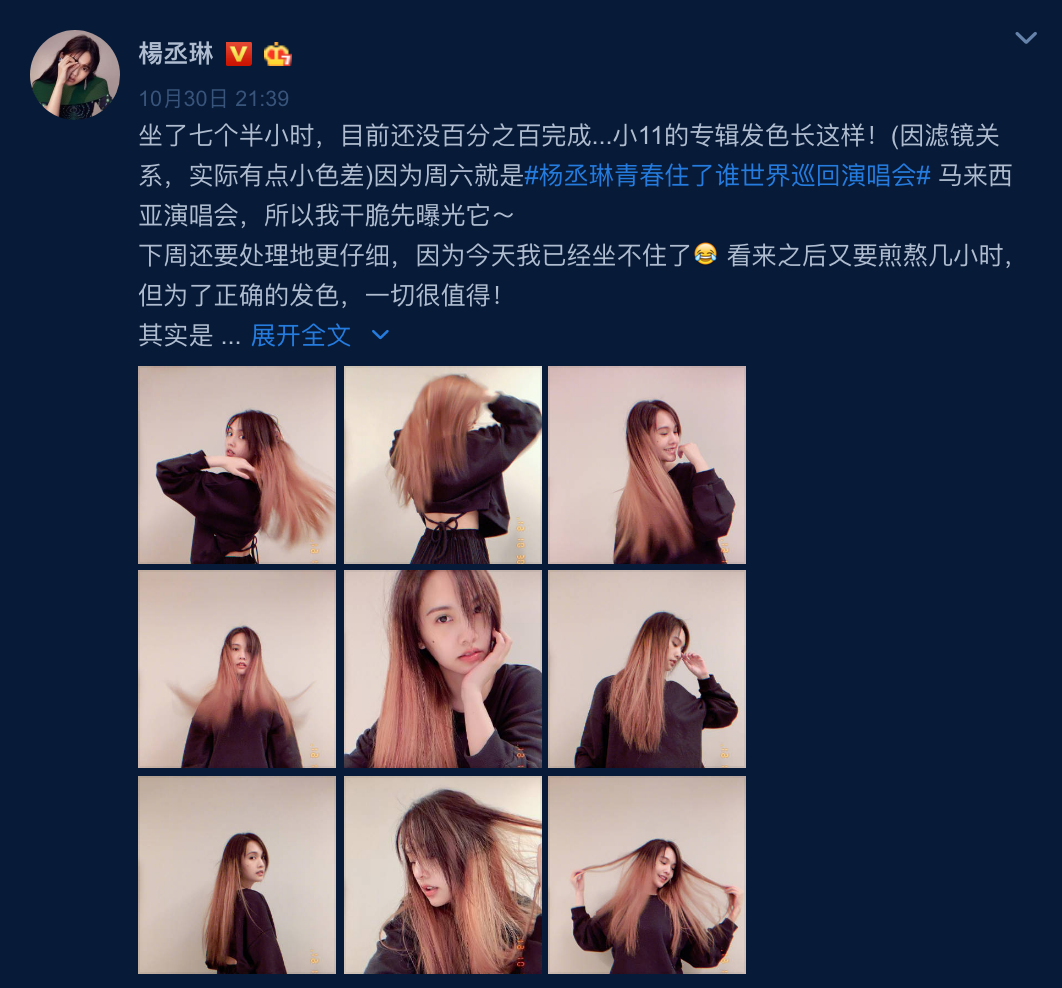 After all, it's a stunt that has been pulled by other singers as well, such as Taylor Swift, who deleted everything from her Instagram and Facebook profiles in 2017 to tease an upcoming album.

Her last post on Weibo was shared last night (Nov. 3), thanking fans after her concert in Malaysia.

The 35-year-old singer will be visiting Singapore next for her concert tour on Nov. 9, at The Star Theatre.

??
This event teaches you how to be your own farmer in the comfort of your own home!